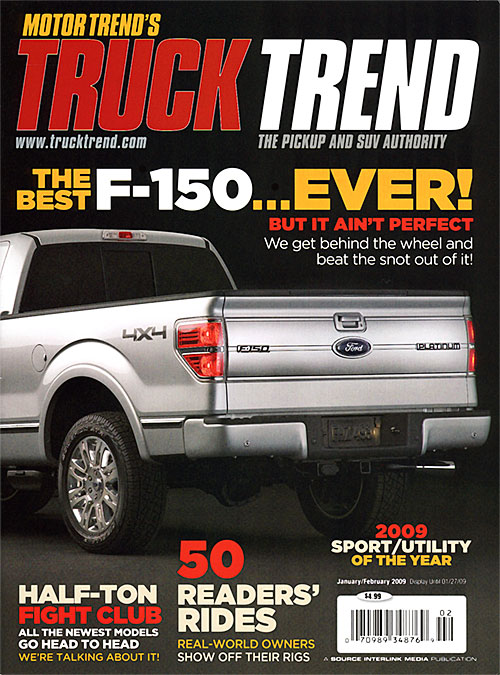 The words “fast” and “diesel” aren’t commonly spoken in the same breath. Diesel trucks, the Clydesdales of the truck world, have always been one-dimensional work trucks, clattering engines producing nothing but torque, with lots of black smoke thrown in.

Those cliches are fading fast as a new wave of diesel trucks hits the street.

The words “fast” and “diesel” aren’t commonly spoken in the same breath. Diesel trucks, the Clydesdales of the truck world, have always been one-dimensional work trucks, clattering engines producing nothing but torque, with lots of black smoke thrown in.

Those cliches are fading fast as a new wave of diesel trucks hits the street. Currently, there is a diesel revolution going on, with huge amounts of research and development aimed at making the diesel engine an efficient, environmentally friendly power plant that doesn’t smoke, isn’t noisy, and churns out smooth power like nothing else in the automotive world.

Helping smash the old-school image of diesels as slow and dirty is the Banks Sidewinder, billed as “the world’s fastest and quickest diesel pickup truck.” The truck stands as an example of what diesel power has become and what it may be in the future. Last October, the truck set an official National Hot Rod Diesel Association speed record, logging a 7.874-second pass at 175 mph in the quarter mile. 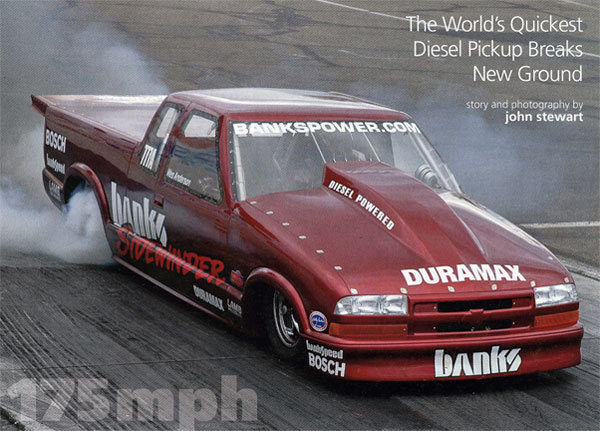 You don’t run that fast without using an all-out race platform, but the Banks Sidewinder 5-10 retains the heart of a truck. It has steel body pieces from the hood back. A steel tube chassis has replaced the original S-10 frame rails. However, the V-8 engine block is a standard steel 2006 Duramax LBZ piece, and the steel crank is also from a standard engine. The hood may be carbon fiber for easy access during the races, but the rear tonneau is metal. The block has been bored 0.010 over during a recent rebuild, but retains an “essentially stock displacement” of 6.6 liters. The Bosch fuel injectors are based on the clean- burning equipment Bosch licenses to OE manufacturers, but have a larger flow rate and are backed by a more robust fuel-delivery system. 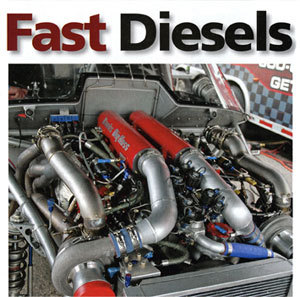 The Banks team has been running the truck at drag-race events for about a year now, making continuous progress downward through the eight-second range. These days, they’re running consistently in the high seven-second range.
From the grandstand, watching the truck run is like watching a missile launch. It’s loud, but not so loud you need earplugs to be nearby, and then the truck disappears down the track, straight as an arrow, with perfectly progressive, continuous acceleration through the traps.

“It’s kind of busy in there,” he tells us. “You hit second gear in less than a second.”

Spectators have a hard time believing the truck is actually a diesel. The burnout results in billowing tire smoke, but when the truck runs down the track, there is literally zero smoke. In the pits, when the truck is started, there’s just a whiff of diesel scent, but even at low rpm with essentially no boost and no nitrous running, the exhaust is clean. To eliminate confusion and reinforce the message, Banks painted “Diesel Powered” on the hood, and on the back, “tire smoke only.”

The clean-burning engine uses the same tricks GM Duramax engineers used to make their newest diesel emissions-compliant, plus a few more. Like the newest Duramax, the computer-controlled fuel- injection system uses multiple squirts of fuel instead of one big slug, to make sure all the fuel is burned, and the ceramic injectors have multiple holes in each tip so the fuel spray is widely dispersed. The fuel is delivered under extremely high pressure to allow for faster, finer spray of fuel into the combustion chamber. The shape of the fuel bowl in the piston tops is also carefully designed. Oxygen is added to enhance combustion by a turbocharger to deliver more air as fuel is delivered. With more oxygen available, the fuel burns more completely, and the modern diesel engine runs exponentially cleaner than pre-2008 engines. What’s left, mostly a form of soot, is captured in a ceramic filter located downstream and periodically burned off A standard Duramax is rated at 365 horsepower and 660 pound-feet of torque.

The Banks engine differs from that formula in that it uses two turbos that spool up together and adds still more oxygen in the form of nitrous oxide, so every last atom of diesel fuel can be converted into power.

And it’s clean. “We do it by not over- fueling,” tuner Matt Trainham explains. “We add oxygen in proportion with fuel using two turbos and nitrous. It keeps EGTs down, keeps mileage up, and makes really good power. Our air/fuel ratio, 28:1, is leaner than that of most stock trucks.”

The truck used a brand-new engine for its record-setting run. The heads contain big valves and are custom ported for airflow. “Lots of cam and a huge exhaust” are part of the formula to allow the engine to turn 5800 rpm, incredibly high for a diesel. Stout rods and newly designed pistons are made to spec by outside vendors, and a new material was used in the crank bearings. The new Banks Duramax can generate more than 1300 horsepower, but nobody is exactly sure how much, because it exceeds the ability of the shop dyno to measure the output.

The Sidewinder has been remarkably consistent, posting sub-eight-second runs at most every recent outing. This latest record may not last forever-the truck has actually gone faster in test runs.

We’ll be seeing all-new diesel engines in pickup trucks in the 2010 model year, and they’ll be clean and quiet, with mileage numbers typically 30-percent better than the same-size gas-powered truck. Diesels are already starting to make their way into performance automobiles, luxury cars, and economy cars. There’s no question the Banks Sidewinder has benefited from advancements made by OE suppliers such as Bosch, and manufacturers like GM. The day will come, however, when performance parts for the newest clean diesels will be designed based on what’s being learned at the track today. TT

Just as on a stock truck, computer processors are everywhere on the Banks Sidewinder, managing the air/fuel mix and recording data. The difference here is that, with nitrous in the mix, the air/fuel control becomes a critical part of the engine-management challenge. Nitrous delivery has to happen at exactly the right instant, in exact proportion to fuel and air for the truck to launch correctly. The 6.6-liter Duramax expends somewhere between six and 10 pounds of nitrous oxide in every run, which also functions to cool combustion. 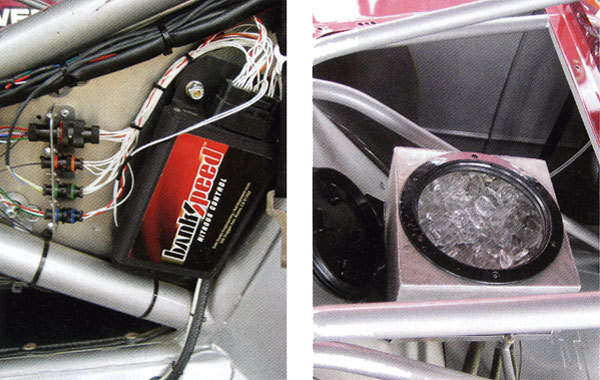 Between runs, the Banks crew meticulously analyzes the data, re-tightens critical fittings, and reviews its “pre-flight checklist.” Here the crew iced down the transmission cooler, which keeps torque-converter temperatures under 250 degrees F. As they stage the truck, the torque converter gets so hot the ice in the cooler will have turned to hot water by the time the S-10 returns to the pit. 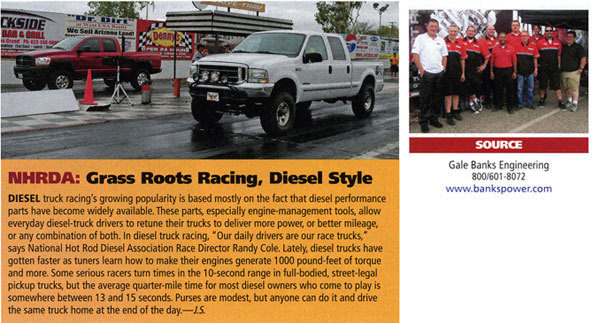