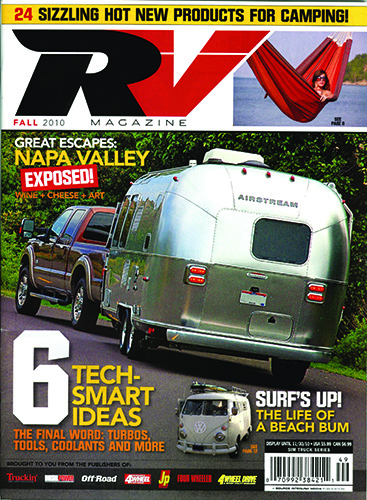 The Banks iQ is a full-fledged, handheld computer.

THE WORD “SMART” CAN BE DEFINED in many ways; one of them is “capable of independent and apparently intelligent action,” and the other is “chic, elegant, and stylish.” The new Banks iQ Dashboard PC is truly a combination of both.

The Banks iQ Dashboard PC is a full-fledged, handheld computer for your truck. It features a 5-inch touch-screen display, micro SD card slot, and an accessory V-cable (included with the product) that provides a USB port and a headphone jack, and the required cabling to communicate with the truck’s ECM. The iQ runs on the Windows CE 5.0 operating system with a Centrality ARM926T-AT40A processor, 52MB of RAM, and a rechargeable battery. It is loaded with functions and applications for both inside and outside of the vehicle. The engineers at Banks Power created what they call “environments” to segregate the numerous functions and applications of the Banks iQ into logical segments: power, safety, performance, diagnostics, productivity, and entertainment. 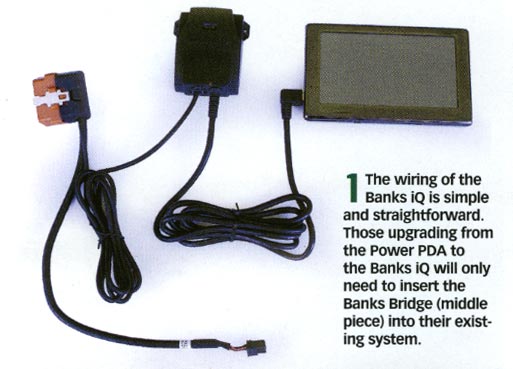 Owners of the Banks Power PDA who decide to upgrade to the new Banks iQ will appreciate the significant improvements from the Palm PDA and software. For instance, the 5-inch screen size of the new Banks iQ is larger than the entire Palm Tungsten E2 PDA. This makes reading gauges on the display nice and easy. The new Banks iQ will allow the user to display any of the 16 gauges, unlike the PDA version, which only allowed two gauges in addition to the EGT and Boost gauges. Those who own a Banks Power diesel tuner and the SpeedBrake will rejoice in knowing that one can now monitor both applications concurrently. With the older Power PDA, the operator had to make a choice between monitoring the tuner or the SpeedBrake application-and change between them when necessary, which was both dangerous and discouraged while driving. Speaking of driving, how many times have you wondered how fast you were really going? The Banks iQ has a built-in GPS receiver, which you can calibrate the speed gauge against-no more pace vehicle or external GP Sand guestimation of your speed. 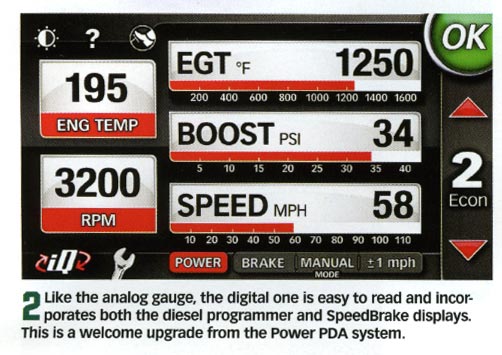 If you want to know how fast your truck is or read Check Engine light trouble codes, the Banks iQ offers an environment application for that. The performance environment allows the user to run an eighth-mile, quarter-mile, or a 0-to-60-mph test run. When the test run is completed, the Banks iQ displays a result screen showing elapsed time, speed, and distance measurements, along with gauge readings for the run. The diagnostic environment is designed to read, provide a brief description, and clear diagnostic trouble codes that have been generated by the truck. In addition to vehicle trouble codes, the Banks iQ will also check and report the status of the diesel tuner and/or SpeedBrake. 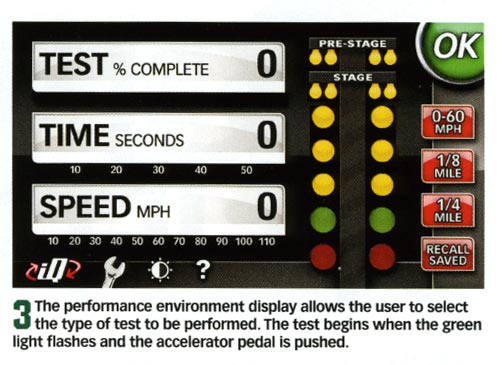 Within the Banks iQ control panel are two new additions that separate the Banks iQ from the competitors-the productivity and entertainment environments. The engineers at Banks Power have integrated the Banks iQ software to operate seamlessly within the Windows CE 5.0 operating system. In fact, the Banks iQ will run any program or device compatible with Windows CE5.0. Files or programs may be down loaded on either a standard USB thumb drive or via a mini SD card. From the productivity environment you can choose from the Desktop, WordPad, calculator, image viewer, PDF viewer, Excel viewer, Word viewer, and PowerPoint viewer. These selections will open and read Microsoft Office documents. You can work with the on-screen keyboard and calculator, view pictures, and much more. However, all work and no play makes for a dull day, so the Banks iQ entertainment environment will fix that with the ability to view a photo album, listen to music, watch a movie, read an E-book, or play a game. Thankfully, the productivity and entertainment environments are not accessible while the truck is in motion. The last thing we need is someone reading his or her stock portfolio while driving an 8,000-poundtruck. 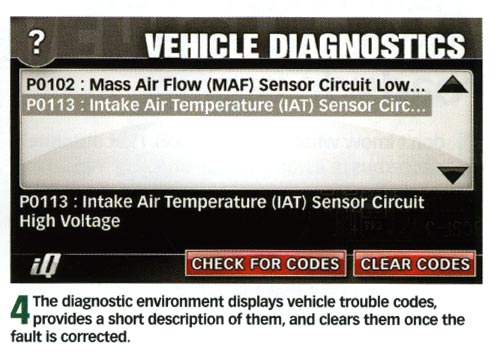 The Banks iQ has been installed in my truck for two weeks and I can honestly say that I like it much better than the Power PDA. For starters, it turns itself on when the truck starts, whereas the Power PDA required the driver to manually turn it on. I am thankful there is an option to incorporate the power tuner and SpeedBrake into one display. I appreciate having the ability to monitor five gauges of my choice, but I do miss the histogram display of Boost and EGT on the Power PDA. Extreme caution must be exercised with the performance environment. For those on a quest to squeeze every ounce of power out of their truck, the performance testing will become an addicting feature because of its ability to record and save eighth-mile, quarter-mile, or 0-to-60-mph test runs. The entertainment environment is a nice touch, but it’s doubtful I will use it much-only time will tell. The handsome gun metal-brushed exterior of the Banks iQ looks far superior to the Palm PDA, which more closely resembled a misfit appendage. Finally, the ability to closely match the color of the Banks iQ gauges to the illuminated instrument cluster of the truck gives the Banks iQ a look of style and sophistication.

So is the Banks iQ smart? The answer is a definite yes. It is a well designed handheld computer with an extensive complement of applications and functions that may be used inside and outside the truck. The Banks iQ Dashboard PC is far more than a mere display and it truly earns the name of Dashboard PC. 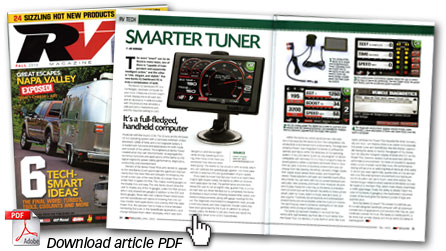