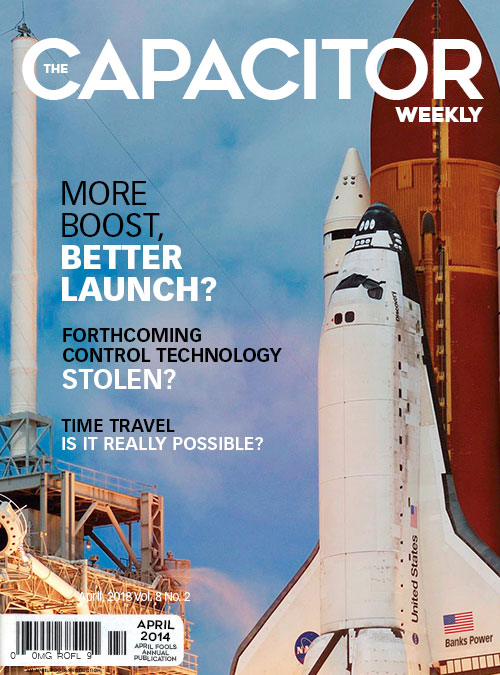 U.S. Homeland Security descended on Azusa, California Friday to detain an automotive legend for questioning. Gale Banks, a Los Angeles-based automotive/marine pioneer, was picked up at Banks Power, the business he founded and has run since 1958. The U.S. Government alleges that Mr. Banks has insider knowledge that allegedly intertwines with covert product development within NASA (National Aeronautics and Space Administration). When questioning our source at Homeland Security further for more details, the call was abruptly cut short.

Banks iDash appears to use the same technology…as NASA

Further research brought to our attention a product that was recently released by Banks Power, the “Banks iDash 1.8 Super Gauge”. When our analysts ran a side-by-side comparison of the device with some of NASA’s most recent patent filings, we discovered a possible match. Banks iDash appears to use the same technology as used in the latest NASA Space Shuttle. This technology has reportedly been in Top-Secret development by the United States Government in conjunction with NASA starting back in 1985. There is not a lot of information available at the moment as this is a classified case, but sources have leaked that the new Banks iDash 1.8 is reportedly identical to the primary control interface used in both NASA’s Command Center and latest Shuttle.

The product in question, Banks iDash 1.8, is allegedly an exact duplicate of the NASA MCSE (Monitor/Controller for Space Exploration). The MCSE allows both NASA’s Command Center on the ground and Astronauts in space, to both monitor and control many aspects of the missions. According to NASA, the MCSE allows our Astronauts to both monitor and control the shuttle without remote assistance from the ground. This allows for deeper space exploration by manned craft. Older NASA technology relied on boost as a primary factor which limited both accuracy and consistency across tests. In a recent report put out by the National Society for Data (NSD), boost is not an accurate determining factor of power. It turns out that boost as a measurement of power falters due to altitude and atmospheric condition. According to NSD, the more accurate tool for measuring true power potential is density. While boost relies solely on pressure, density brings temperature and humidity into the equation and gives a far more accurate representation of power potential giving repeatable accurate results. This specific detail is one which Mr. Banks promotes highly.

Gale Banks’ history is littered with exciting stories of engineering firsts and world records. Something we uncovered during this investigation, however, which he does not share publicly, is that his career didn’t start with his “Mom’s hot-rod” but as a janitor for NASA’s Los Angeles base of operations. We believe that it may be here where he was able to begin collecting top-secret technology ideas back in the 1950’s that were considered “ahead of their time”! It is our belief that at a young age of 14, Gale Banks had given himself a boost to his career by borrowing ideas from our Country’s greatest minds and utilizing them for automotive and marine purposes. 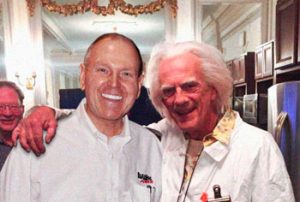 To dig further, we contacted NASA’s Lead Research Developer, Doctor Emmett Brown. According to Brown, this is all a misunderstanding. Brown tells us that he worked closely with Gale Banks back in 1985 to begin development of the technology used at NASA today. According to Dr. Brown, he and Mr. Banks worked on a Top-Secret team code-named “Flux”. The team was tasked with developing improved telemetry for detecting and controlling performance of the advanced equipment through both space and time. The discovery they made back in the late 80’s was so far ahead of its time that they had to keep it from getting out. Doctor Brown tells us that in 1988, he and Gale Banks developed a Twin-Turbo V6 DeLorean that could go up to 200mph. Oddly, when speaking to us about this particular project, Dr. Brown became clearly excited.

From what we can gather, the statute of limitations regarding secrecy has expired and Mr. Banks is now free to sell the technology to the private sector. We contacted Mr. Banks for additional comment, but his comments were difficult to understand over what sounded like an engine dyno running in the background. Since this is an on-going investigation, we will stay on top of this breaking story.