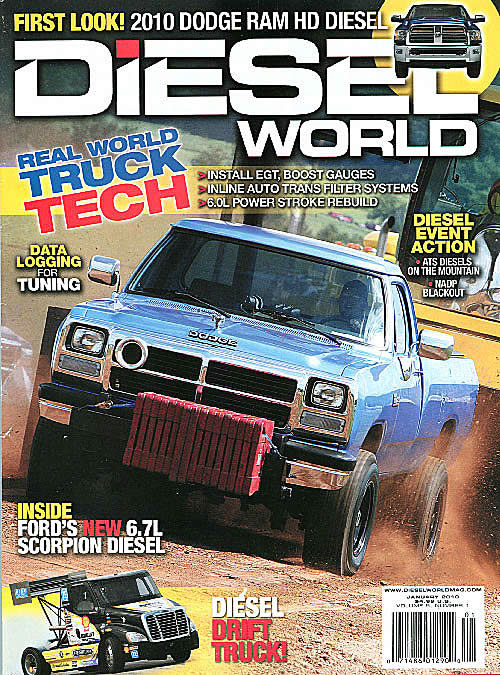 OUR STORY SO FAR:
This 6.0L V-8 came from an ‘03 F-350 that was running rough under all conditions. The owner brought it to Banks Power in Azusa, Calif., where the Banks Powerhouse shop performed a teardown and evaluation prior to making recommendations. A snapped No. 4 cylinder rocker arm accounted for the ugly miss in the engine, and after testing, six of eight injectors proved to be out of spec. The owner chose to rebuild the engine, and make upgrades in the process, since the truck’s cabin and chassis were in fine condition.

Last month, we installed rebuilt heads using ARP studs and a new gasket set, replacing valvetrain components as necessary. This month, we do the dirty work: button up the engine, bolt on the manifold, EGR cooler, turbo, oil and fuel filters, and start making connections to remate the body and the chassis.

Reinstalling the exhaust gas recirculation (EGR) cooling system is not difficult, but it’s a hard thing to do anyway. Early 6.0 EGR coolers have been the cause of failures of many head gaskets, warped heads and exhaust systems. Mechanics shake their heads just thinking about it. 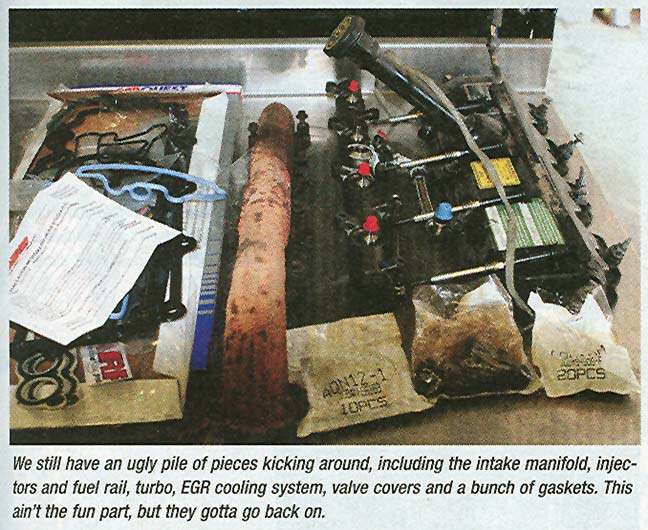 In essence, the cooler is a round tube with fins inside through which exhaust gas is routed. Along the outside, coolant runs parallel with the exhaust, separated by a thin metal barrier. This allows it to absorb exhaust gas heat, which improves emissions performance and can help improve mileage. However, there is a history of the EGR valve clogging with exhaust soot, and after cleaning with carb cleaner or outright replacement, it promptly clogs again. But according to service bulletins we read, the valve is not always the source of the problem.

EGR cooler issues can often be traced to the engine oil cooler, which has narrow, flat cooling tubes that can fill up with casting sand left over from manufacture of the block. When the engine oil cooler gets clogged, it restricts the downstream flow of coolant into the EGR cooler When not enough coolant is available to cool the hot exhaust gases moving through the EGR cooler, the coolant can flash-boil inside the 5CR cooler, causing coolant to puke into the overflow tank. When the tank fills up, coolant is lost and the engine overheats.

Making matters worse is a tendency for the fins inside the 5CR cooler to become corroded in the excessive heat. This breaks down the thin barrier between exhaust and coolant, allowing pressurized coolant to get into the exhaust system, leading to white smoke (steam) and a loss of coolant. This can also lead to blown head gaskets and cracked cylinder heads, and the moist exhaust can also cause the variable-geometry turbo vanes to stick. Many times, the head gasket was to blame for engine failure, when actually the 5CR cooler – assisted by the oil cooler – was the problem.

Ford’s fix for this was to design a new EGR cooler. The new coolers appear the same as before, except the internal design has round stainless steel cooling surfaces that do not corrode, and thus do not crack and allow coolant to mix with exhaust gas. These newer coolers have a much better survival record, especially when the oil cooler is replaced at the same time. (There are also better-than-stock aftermarket EGR coolers now available.)

Another treatment, not authorized by Ford, is to block off the EGR valve. The technique can improve power, as exhaust flow to the turbo is improved, but coolant issues might still remain anyway. This treatment would likely cause a Check Engine light to come on, and buying the parts requires an “off-road use only” waiver to be signed, as it compromises federal emissions laws.

When it comes to practical solutions, most owners will have no choice but to make sure they have the newer EGR cooler, replace the oil cooler if coolant flow is compromised, and see that the EGR cooler and valve are clean and free of soot before reinstalling the parts. Installing a coolant filter upstream of the engine oil cooler – to trap casting sand debris before it gets into the oil cooler is another good idea. 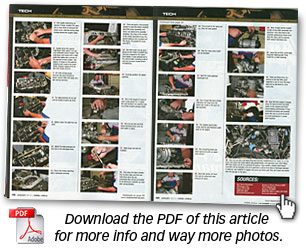