The stronger, faster, and much safer replacement for the popular but vulnerable Humvee is finally here. And we got to drive it.

Keep your hands loose on the wheel. I remind myself of this as we fly across a section of foot-deep ruts at 20 mph. You want to let the independent suspension do the work and give the steering wheel freedom to move. In almost any other vehicle, I’d have lost steering control, plowed the front end, and possibly rolled over.

As one of the first civilians allowed behind the wheel of the military’s new Joint Light Tactical Vehicle from Oshkosh Defense, I’m a little nervous. I’m driving a 14,000-pound armored truck that costs $399,000, and I’m doing it in front of the engineers who designed it.

The JLTV will slowly phase out AM General’s iconic Humvee in U.S. Army and Marine Corps vehicle fleets.When it debuted in 1985, the unarmored Humvee was designed for personnel and cargo transport behind the lines. That made it vulnerable in Iraq and Afghanistan where hastily added armor provided a flawed and temporary solution. The JLTV, however, is built for driving among the IEDs, rocket-propelled grenades, and small-arms fire of the modern battlefield. Oshkosh’s CORE1080 crew-protection system wraps the cabin in an armored shell. Underneath the floor, a convex hull deflects blasts and shields the cabin from IEDs.

The JLTV is essentially a light tank with 43-inch Michelin wheels. That’s clear when you try to open the driver’s door, whose weight, like many things on the JLTV, is classified. With inches-thick steel and a small ballistic-glass window, it feels close to 350 pounds. Once I strong-arm it ajar and climb into the driver’s seat, I feel like I’ve entered a vault. An unexpectedly comfortable one.

Where the Humvee’s seats are flat to the floor, the JLTV’s are raised to give your knees some room to bend. There’s more cushioning, and the seatbacks feature cutouts to accommodate troops’ hydration packs. Big center and passenger-side dash displays look like they belong in an F/A-18 cockpit, offering critical vehicle data, tactical information, and an all-important backup camera. A standard HVAC control panel offers blessed air conditioning, and there are even USB ports.

Start it up, and you hear the JLTV’s big alternator producing massive amounts of electricity. It changes audibly with the rpm, even over the roar of the Banks 866T turbodiesel engine (based on GM’s Duramax 6.6-liter V-8 diesel). With 20 inches of suspension travel—up to seven more than Ford’s F-150 Raptor—the JLTV floats over the terrain like a Baja trophy truck. It inspires more confidence than the Humvee, which I drove on the same course for comparison. At half the speed of the JLTV, I could feel instability and steering kickback over the ruts through the Humvee’s thin-rimmed steering wheel. Over large moguls, I bottomed the suspension, momentarily losing steering control.

Speed, control, and off-road capability are just as beneficial to the JLTV as its armor. Because if you can be unpredictable—if you can maneuver away from roads and mines at 70 mph or more—the hope is that the armor won’t be necessary at all. 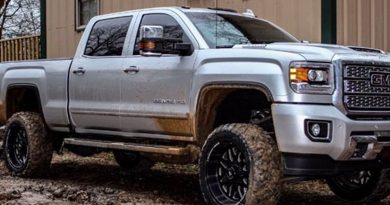 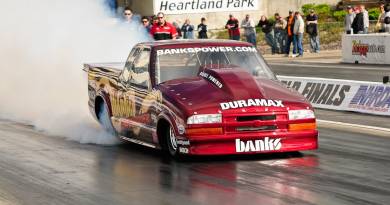 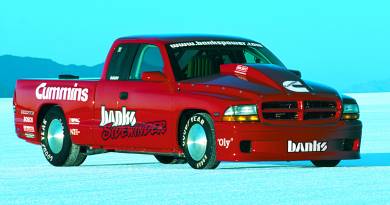 Running After the Ice Cream Man, or Picking up the Sidewinder