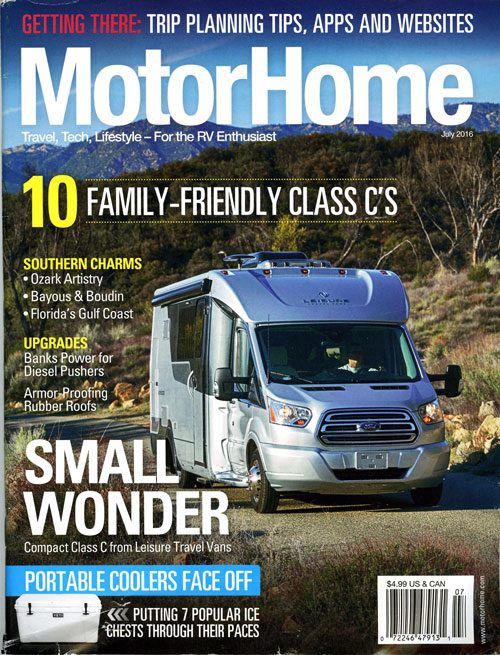 Many lower-and midpriced diesel motorhomes have just enough power to get where you’re going, but hitch up a trailer or dinghy or head for the mountains, and you’ll be wishing for more zip. A bit of extra fuel economy wouldn’t hurt, either!

With this in mind, we recently tried out a PowerPack designed for 2003-09 Cummins ISB-CR5.9-liter diesels, which was the stock engine on a 2004 Fleetwood 34-foot Expedition Class A pusher motorhome coupled to an Allison model 3000 automatic transmission. The test coach weighed 21,950 pounds. A 2004 Fleetwood Expedition is tied down on the Mustang MD-750 chassis dyno at Banks.

Modifications were completed at Banks headquarters in Azusa, California, and consisted of the EconoMind Diesel Tuner and a Banks iQ driver interface, which gives you six distinct levels of adjust-on-the-fly power and lets you monitor many critical engine functions [boost pressure, exhaust-gas temperature and more]. There is also a fuel-economy setting. The tuner works in conjunction with engine and transmission electronic controls to adjust and optimize fuel injection, the variable-geometry turbocharger, transmission shifting and torque-converter lockup, all to get the best performance in all conditions.

Whenever additional fuel is injected into the engine, extra air is needed as well to keep exhaust-gas temperatures from getting too high. In conjunction with the fuel increases, Banks changes the turbo-charger’s variable-geometry settings to increase boost and needed airflow.

Maintaining durability is a high priority. Power is briefly reduced during shifts to lower the torque going through the transmission, which protects it and reduces wear on clutch packs and other components. As part of product development and testing, Banks installs special high-tech cylinder-pressure sensors, which measure peak pressures to ensure that safe limits are always maintained and these are programmed in. 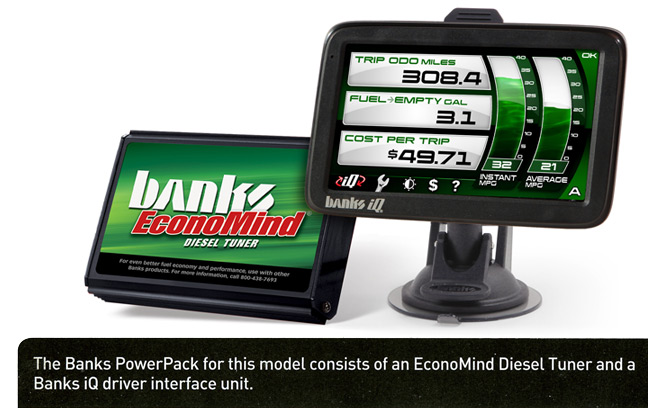 Installation
During installation, the tuner is mounted in the engine bay and the wiring is routed. The tuner works by optimizing fuel injection, increasing dwell [spray time) of the injectors. It also advances injection timing when it’s advantageous, and the system increases fuel-rail pressure for better fuel atomization. However, peak fuel pressure is always kept below the stock pressure-relief valve setting to maintain reliability. All this results in more complete combustion, more power and better mileage due to greater efficiency.

Next, the iQ driver interface display is installed near the dashboard and wiring connected. The iQ uses a 5-inch color touch screen, which allows many operating parameters to be monitored, and the driver can adjust power levels, custom tune performance settings, measure performance, see GPS-correct speeds and more.

Testing and Results
Before driving the motorhome, we ran it under load on a Mustang MD-750 chassis dynamometer with dual energy absorbers, which is rated to handle up to 1,500 horsepower at the drive wheels. Keep in mind that rear-wheel horsepower and torque numbers are substantially lower than power measured on an engine stand dyno, which measures output at the flywheel, before it goes through the transmission and differential where substantial frictional losses occur. Instead, a chassis dyno measures real-world power that’s actually put down on the road. This is why the horsepower and torque ratings may appear low, compared to factory dyno numbers, which are taken at the flywheel.https://official.bankspower.com/magazine/banks-power-for-diesel-pushers/ 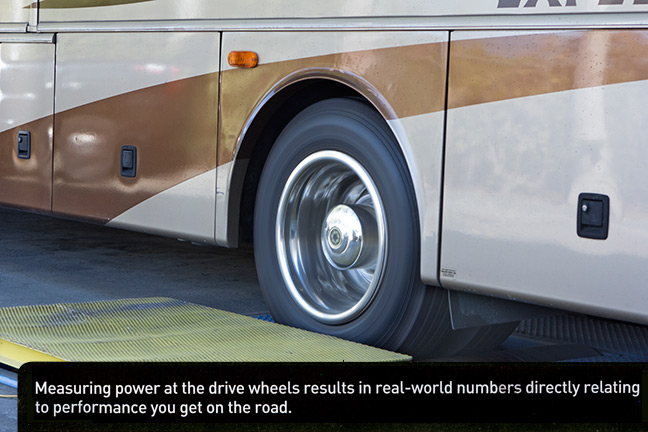 The Mustang dynamometer is fully computer-controlled and can even follow a simulated driving sequence such as that required by the EPA for emission certification. Dyno testing is more repeatable than driving on public roads, where constantly changing conditions throw off the consistency that is needed, especially for fuel economy testing. Dyno testing also eliminates variations caused by wind, traffic and other factors that cause unwanted variations during instrumented road tests.

Banks claims on its website that this combination produced peak gains of 85 horsepower and 203 LB-FT of torque. The test coach came very close to these claims, with a gain of 78.2 horsepower, and beat the torque claim with a substantial 228.5 LB-FT gain. In addition to the horsepower and torque improvements, which result in shorter times and distances when accelerating and higher hill-climb speeds, there was also a significant fuel-economy improvement of 6.1 percent (see chart). These results were accomplished without making any mechanical changes to the motorhome.

Driving Impressions
The test coach was in good mechanical shape and ran well in stock condition with no problems. However, its acceleration and general performance were underwhelming. Driving on city streets and relatively level highways was acceptable, but merging onto high-speed interstates, especially with uphill ramps, was a white-knuckle experience. And that was without a trailer or dinghy vehicle behind!

This type of motorhome comes with one of the smallest diesel engines available in the segment. Although the 5.9-liter Cummins is a strong and reliable powerplant, it’s working hard to keep up with traffic. When moderate 3-4 percent grades are climbed, full throttle is needed to maintain speed. Steeper gradients, such as a 6 percent grade, which is typically maximum on interstates, req uires the transmission to downshift to fourth gear with full t hrottle. Under these conditions, the stock engine is working hard and exhaust-gas temperatures are near the maximum limit. Overall the coach seemed to have just enough power to get there and back with nothing extra. 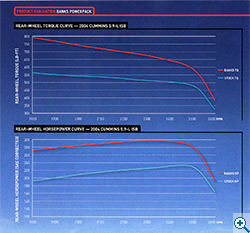 Driving after the PowerPack was installed showed a marked improvement that could easily be noticed during a test drive, even without special instrumentation. The additional torque was readily noticed, particularly during initial acceleration from a stop and midrange pull. Merging into highway traffic was significantly more comfortable and less stressful, allowing the driver to pay more attention to lane position and following distances and less concern about finding a spot to merge into.

At the highest power setting, the motorhome readily climbs moderate grades without holding full throttle, with some reserve power if needed. During hill climbs and full-throttle acceleration the exhaust-gas temperature never exceeded readings observed during the stock run and stayed in the safe zone. Overall, driving is more relaxed, thanks to a feeling that the motorhome now can keep up with the traffic and accelerate, climb and pass when necessary. On some grades the coach was able to run one gear higher uphill.

The system seems to be well-designed and made, the installation was done right, and the product did what it claimed to do. It doesn’t require any modifications to the engine or exhaust, there are no moving parts and should you decide to remove it, it doesn’t leave any electronic memory in the computer. Suggested retail price for the parts is $2,047.41. Prices may vary with individual dealers around the country; installation labor at Banks’ shop came to $490. Labor costs at other installation centers may vary.

Banks’ warranty coverage for the tuner and iQ is for one year; details are listed on the company’s website. Although this product should not void any factory warranties, that’s basically a moot point because the model applications covered should be out of warranty. Motorhomes in California of this weight class are not required to undergo a California Smog Check, but the California Air Resources Board [CARB] requires an executive order [EO] number for the product to be legal in the state. Buyers in states where California rules are applicable should check with Banks for documentation. Banks Power offers other products for various motorhome engines, including diesel PowerPacks for the 2007-12 Cummins 6.7-liter and 1993-98 Cummins B series, along with many gasoline models. Special air intakes, exhausts, torque converters and other performance-enhancing items are also available. 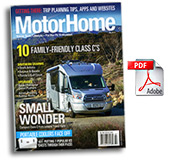