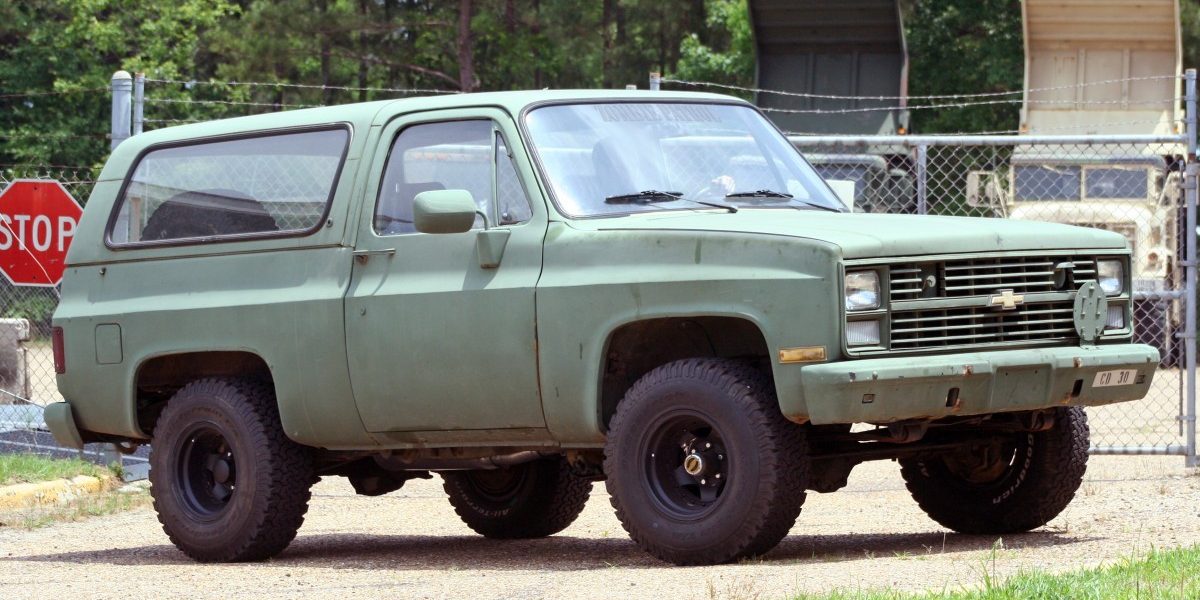 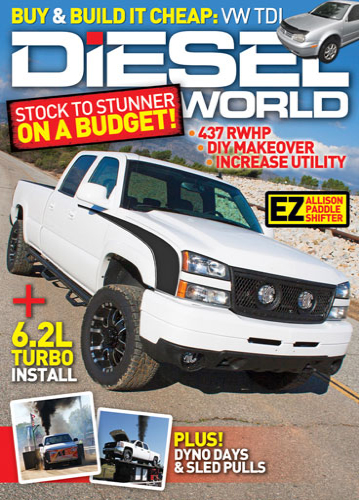 Anyone over the age of 50 recalls the old “Jeep for $100” ads that used to be found in the back of such magazines as Popular Mechanics and Popular Science. What they failed to mention the Jeeps were in crates with some assembly required. However, there is still a great market for used military vehicles. And these trucks are usually inexpensive and most are diesel-powered.

One of the most prevalent models out there is the old square body Chevrolet Blazer, complete with camo paint and the requisite 24-volt electrical system. It also comes with the 6.2-L diesel, which was not one of GM’s better diesel efforts. However, with a little tinkering and a turbo, the 6.2L in the Blazer platform can be a great entry-level diesel vehicle.

We know you’ve noticed more and more military surplus vehicles on the road these days, and the reason is that as the US military replenishes its fleet of domestic vehicles with more capable and technologically advanced units, they have begun ‘retiring’ these older vehicles such as the 1984 Blazer you see here.

We picked up this camo beauty for $2500.00 from the on-line auction site www.govliquidation.com. They come in various states of repair, and disrepair, from bases all across the country. Some never left the states, while others saw front line duty.

Dubbed by the military as an M1009 CUCV (Commercial Utility Cargo Vehicle) our find is much better known as a Chevrolet K5 Blazer.  The CUCV Program of the late `70s and early to mid-`80s called for the US military to find a cost-effective vehicle to bridge the gap between a full-blown tactical vehicle and the less expensive civilian vehicle.

Dodge initially supplied vehicles, but by the early `80s, GM had become the supplier of choice. In order to meet military spec, these units were all equipped with the 6.2L diesel engine and used a 24-volt electrical system. It was actually a hybrid 12/24-volt system that used 24-volts under the hood, complete with dual 100 amp alternators, the mandatory NATO slave receptacle for jump-starting any NATO vehicle, and hookups for military radios. The rest of the truck was 12-volt.

Like any man who sees potential where others see a lost cause, (mostly wives and girlfriends)  and potential unwanted yard art; I saw the makings of a very capable multi-purpose built rig.  A well thought out and executed build could result in a competent off-road trail rig, a fun weekend driver and a capable tow rig to boot. The full-size capacity and ability to tow makes this a unique build as opposed to your everyday Jeep.

To accomplish this meant immediately addressing the power issue, or lack thereof. While the 6.2L is a solid and reliable power plant, it lacks the power to cruise highway speeds with traffic, let alone tow. The odometer only showed a little over 4K miles, which doesn’t mean “everything” as those 4K miles could easily translate into 400K hours. But upon further inspection, everything seemed to be in good working order requiring nothing but a new set of glow plugs for the old 6.2L to breathe life again.

Options for adding power are pretty limited; a complete engine swap or adding a turbo. While the thought of a well-built Cummins or a late-model Duramax makes me smile, the added expense, labor, and down-time involved to do the swap kinda kills the low-budget them we have for this truck.

When someone says ‘turbo’, the name Banks is usually not far behind. When you’re the first to do something, people remember your name. Gale Banks was a true pioneer in the diesel performance aftermarket we all enjoy today. Much of his personal and business success can be traced back to being the first to truly address the lack of power in the 6.2L.

Believe it or not, Banks still offers their Chevy Sidewinder kit for the 6.2L and told us it would be almost a drop-in for the military K5. So I ordered up the needed Banks Turbo kit (Bank’s Chevy Sidewinder #8293),  Read through the instructions (several times), and called the Bank’s tech line with some questions. I also double-checked the parts list & tools list, gathered up what was needed, along with some confidence, and proceeded to get started.

The kit comes complete, and we mean complete with everything to turn the non-turbo 6.2L into a turbocharged diesel. The kit includes a new exhaust manifold and exhaust system, new air intake and high-flow air filter, and all the necessary hardware to make the conversion a bolt-on deal. The installation was a straight forward process although there are always issues when working on an older ride (factory bolts break during disassembly, taps are needed in the hardest to reach areas, radiator drain breaks, missed supper again, etc.). However, the end results were a much more powered vehicle with the added modern technology of turbocharging.

If you’re in the market for an entry-level diesel truck and don’t have a lot of money to spend, consider one of these military beauties. Plus, the Banks Sidewinder kit adds a lot of power and driveability to make the experience that much more fun.

The coolant is then drained from the radiator so the new lower radiator hose can be installed. There is a ground wire to frame attachment bolt that must be relocated to prevent chafing of the new hose. Once the new hose is installed, the radiator can be re-filled. (photo ref: red wire left, black hose right)