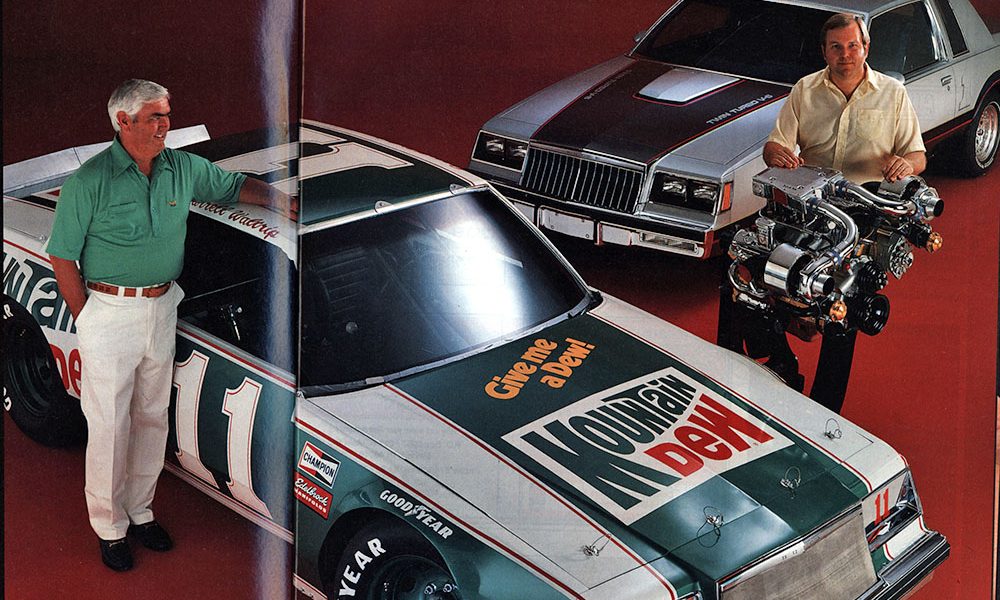 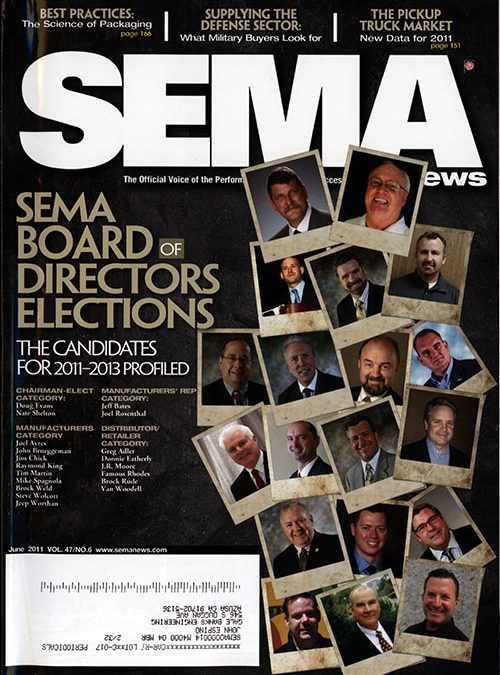 In 1981, Hot Rod magazine Executive Editor C.J. Baker wrote an in-depth profile of Junior Johnson’s No. 11 “Mountain Dew” Buick Regal, in which Darrell Waltrip won the NASCAR championship that year. This photo opened that story in the November 1981 issue. Johnson is leaning on the race car; the other man in the photo is Gale Banks, posed with a turbocharged V6 engine he built for the Hot Rod project car behind him.

Though he may be better known now for his truck and diesel performance packages, Banks has been building hot car and boat engines for most of his 50-year-plus engineering career. He was a pioneer in performance turbocharger applications, first with marine engines in 1969 and later developing a twin-turbocharger system for small-block Chevrolet V8s. Baker and Banks had previously collaborated on V8 turbo projects for the magazine, so when Baker wanted to make something special out of Buick’s Regal Sport Coupe, Banks was a natural choice.

At the time, the 170 hp produced by the Regal’s 3.8L engine “was the best performing of General Motors’ redesigned A-Specials,” Baker wrote. But rather than modify the existing V6, Banks chose to pull the stock engine and replace it with a heavy-duty, fully balanced V6 that had been assembled by Kenne-Bell. Banks designed its twin-turbocharger system, which included custom exhaust manifolds, a modified Holley intake and a specially prepped Holley carburetor. On the dyno, that combination produced 439 horses, a number Baker called “very respectable.”

Yet neither Baker nor Banks was completely satisfied with the result, so Banks increased the engine’s compression ratio and installed a hotter cam. The engine in that state of tune didn’t go back on the dyno, but Banks later estimated its output at around 500 hp. Track numbers would support the estimate, as the Regal went from 0 to 60 miles per hour in just 5.3 seconds and ran the quarter-mile in 13.25 seconds at nearly 108 mph.

When Buick got wind of the project car, it asked Banks to bring it to GM’s proving grounds in Mesa, Arizona, so that engineers could evaluate the package. Impressed, the automaker asked Banks to build a clone of the car and four replicas of the V6 to be used on the auto show circuit.

It wasn’t long after examining Banks’ handiwork that Buick built a pace car for the 1983 Indy 500 that was powered by a turbocharged V6 using a forced-induction system remarkably similar to Banks’ design, he says. And not long after that, Buick began building the now legendary turbocharged Grand Nationals. This wouldn’t be the first time that an automaker “borrowed” some technological developments from the aftermarket—nor would it be the last.