This unusual-looking unit is an “environmental test chamber,” the electronic equivalent of one Banks’ engine dynamometers, it’s the place where electronic components and systems go to get taken to within a few millimeters of failure (and sometimes beyond). 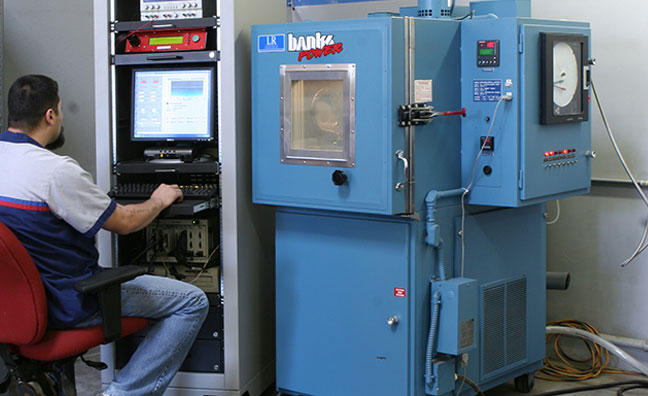 Nope (even though it actually could ) no one at Gale Banks Engineering has ever attempted to make a hot pizza or frozen yogurt in it.  And … That’s a negative on the thought that the tall-looking device out on the test shop floor is some leftover prop from an early episode of “Iron Chef America” or maybe … “Battlestar Galactica.”

Instead this rather unusual-looking unit you see in the accompanying photos is, in actuality an “environmental test chamber,” the electronic equivalent of one Banks’ engine dynamometers, it’s the place where electronic components and systems go to get taken to within a few millimeters of failure (and sometimes beyond).

It’s a pretty good wager that most would agree that Banks has been the leader in its field for more than 50 years now.  That leadership position has been built on an enduring reputation for producing superior products that operate exactly as advertised and which have unfailingly delivered full value for a fair price.

One of the true pillars of that simple-sounding way of doing business is a product testing regimen so strenuous that it borders on the compulsive.  Almost from the time that it’s a mere pencil sketch on a notepad, every item that Banks builds is subjected to relentless testing

The hard metal and polymer plastic components, those that take the form of various engine pieces, they get beat up (er … tested) in the dyno room and out on the road, we’ve seen that.  But what of the electronics, how does one ensure that they’ll stand up to the most harsh (and beyond) environments?  Ok, you guessed it,  we use that environmental torture (er … TEST) chamber that we started talking about early-on… 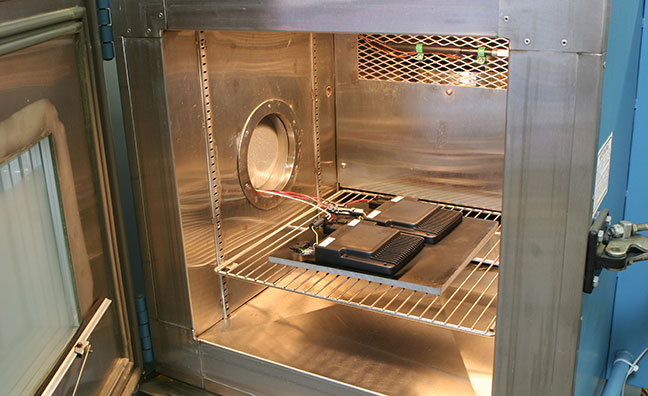 GUIDE NOTE: First thing that most of us will need here is a C to F calculator because everything in the temperature testing world is done in degrees Celsius which always seem to be difficult for some of us to convert  (After all, a beautiful, mild 79 degree Fahrenheit afternoon sounds sort of chilly when one indicates that its a “nice 26.1 degrees outside”.)

Of course many of the products which have made Banks such a respected name in the business are electronic.  Tuners, programmers, controllers, bridges, dashboard display units and other e-devices that are, to many of us, easiest explained as “magic boxes” and which act as engine “brains” issuing  complicated sets of instructions which turn fuel into horsepower and torque.  Unlike gleaming engines with ultra cool-looking headers, giant intakes, alloy and billet mounting brackets, turbochargers, and other external foliage, electronic devices effectively do their best work in secret.

Of course, nothing could be further from the truth.  That harmless-looking little blue box with the very thick door is (as we earlier labeled it) a honest-to-goodness “torture chamber”.  The innocent-appearing machine is, in real-life, a latter day “Iron Maiden” that’s fully capable of subjecting electronic components to temperatures ranging from -70 to +170 degrees Celsius (instant calculation: a bone-chilling -94 to a scorching +338 degrees Fahrenheit!).

Relative humidity, another deadly serious “killer” of intricate electric components is also adjustible in this device.  Again, there is a wide range of settings to choose from.  With a few keystrokes the operators can easily crank in the humidity from 20 to 95% (in street terms that’s desert dry to a rainforest downpour, and anything that the technician doing the test wants to see in between.)

The primary test range for most e-products (like tuners for example, and the new Banks SpeedBrake) is that brutal -40 to 125C range, the test cycles running up to four hours (and longer) at both temperature extremes.  The components are subjected to these abrupt heating cooling changes for a number of cycles depending on the end use of the particular product.

For each test the electronic device is hooked up, wired-in, exactly as if it were being run in the actual vehicle that it was intended for.  Like a mechanical part on a chassis dyno, the unit is asked to do its job, to cycle through its electronic work, as it would on a working engine in real time.

To sum up: the real world of an engine compartment is not really a very hospitable place for many of the products that Banks produces … Luckily that fact of life VERY well understood here and our testing programs, procedures, and processes are all set up to be a lot tougher on our stuff than the outside world can be.  Fully functional toughness is something that’s built in to every Banks product.

THEM TOO:  It almost goes without saying that when a company is as interested in the durability of its own designs and products, there might be a little more then a modicum of curiosity regarding their competition’s offerings.  At Banks just about every pertinent item sold by every competitive brand is blind-purchased and then tested right alongside of Banks products.  The honest, side-by-side results are often seen in Banks advertising. 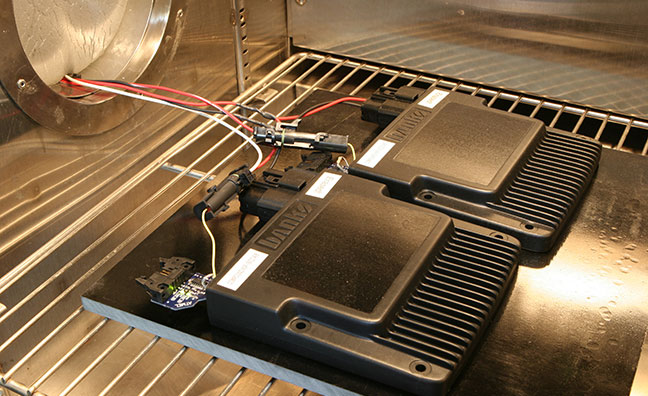