Jacob Davis, Network Editor at MotorTrend, stopped by the Banks campus this week to fine-tune the installation of his iDash 1.8 DataMonster and 4-Channel Sensor Modules. The interesting thing about this install is that the vehicle in question is a 1972 AMC Hornet Sportabout with a 258ci straight six. No OBD-II, no OBD, not even an O. There’s nothing modern about this car. But that doesn’t mean it’s not modified. The engine is equipped with various speed parts including engine internals, headers and a 150-shot of Nitrous! Jacob has not been gentle with it. Recently, he competed in the Coast2Coast Cannonball Run finishing in 5th despite the hood flying open twice as well as being attacked by a small tribe of miscellaneous mechanical gremlins. The car has actually been cross-country six times in the past three years alone, racking up more than 60,000 miles.

Although the Hornet’s rings were wounded by overheating, the stout engine just won’t die. That may change soon. The AMC has been outfitted with an iDash 1.8 DataMonster and a suite of analog sensors feeding Jacob data on the fly, allowing Jacob to monitor and datalog for later review. Having installed a thermocouple in each exhaust port, which feeds data to two 4-channel thermocouple modules, his iDash DataMonster displays EGTs for all cylinders. Using this new window into his engine Jacob’s now getting worried about what he’s seeing from the #6 cylinder.

The 47-year-old-car has also been outfitted with an AirMouse ambient air sensor as well as pressure and temp sensors in the intake manifold, giving him real-time Manifold Air Density calculations. But it doesn’t end there, he’s also installed a fluid temp sensor to give him coolant temp. It’s safe to say this may be the most sophisticated Hornet on the road today.

Jacob will be posting a video of the install and how he’s putting the new streams of data to good use on MotorTrend’s website soon.

What type of sensors is Jacob using in his AMC relic? Here’s a brief introduction to Banks’ new analog modules and sensors. 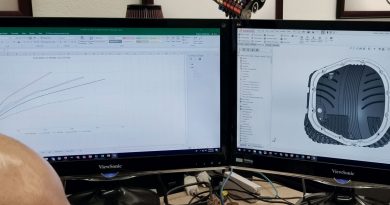 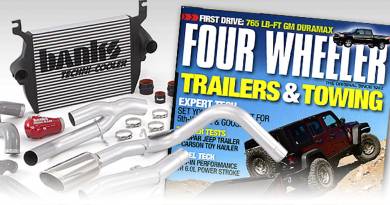 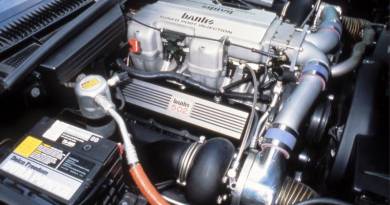