In our iDash on the Road, we check in with Jimmy Charon and his engine swap project. You know engine swaps are as hot as ever, and for Jimmy, his Frankenstein Monster definitely looks like a fun project. His 1989 Chevy Blazer is now Cummins-powered. Out went the Blazer’s 350 small-block and in went a B140 mechanically fuel-injected 4-cylinder Cummins.

The pint-sized Cummins engine doesn’t make much power in its stock form but don’t worry. To reach Jimmy’s horsepower goal he knew more was needed… more of everything. He put in larger injectors, larger delivery valves, bumped the timing up, and AFC modifications. When he was done the engine ran smokey, which meant that it had more than enough fuel, but not enough air. His solution to this was to add a second turbo to the mix in a compound configuration.

That helped with his smoke problem, but his EGTs levels were borderline insane. To improve his manifold air density and lower the EGTs, Jimmy went from a single air-to-air intercooler to dual liquid-cooled cores between his stages and the intake. This dramatically lowered his temperatures and gave him the performance he wanted.

Since the engine swap is totally custom and mechanical, there’s no computer control over the engine and no OBD-II for him to tap into for information. To keep track of the engine’s vitals Jimmy uses as iDash DataMonster with two Banks 4-Channel Analog Sensor modules and two 4-Channel Thermocouple Modules… and he’ll soon be adding a fifth module. Keeping tabs on compressor outlet temps, intercooler temps, water temp going in the intercoolers, intake manifold, and loads of EGT readings. All readings are recorded on the iDash, which help Jimmy not only keep an eye on things, but will help with future mods.

If you’re in Tallahassee, Florida, be sure to keep an eye out for Jimmy’s monster. 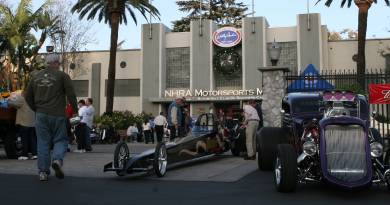 Mickey Thompson Gets His Due 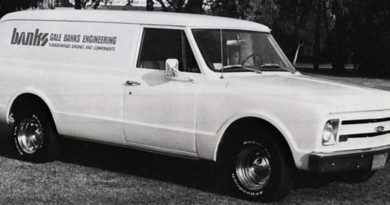 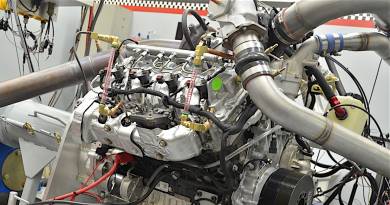