I’m on my way back from Tampa and the Truck U shoot. I’m on the plane and just finished watching the third installment of Pirates of the Caribbean for the umpteenth time (a truly bitchin’ movie no matter what anyone says! Naysayers can walk the plank) and I feel compelled to finish my story from my first entry. Arrr… Ye sees me hardies me thinks the show is going to be pretty neat, says I. It focuses on safe towing power (that’s where Banks comes in). Apparently the truck they borrowed for the taping was an ’08 Chevy Duramax that was used to tow a five-car hauler. That alone takes a lot of grunt, and while the D-max is up for the job, it still could use some help by infusing it with Herculean power. So what we did was put a full Banks PowerPack on it, which if it was FDA recommended would come with a prescription.

Folks are jittery about doing something to a new truck with a particulate trap on it, and why shouldn’t they be? You see, there are a lot of choices out there in Performanceville, but not all products are created equal. Sure, I work for Banks and am going to say my stuff is the best, but really it’s true and not an overbiased opinion. At Banks, we spend a bundle getting everyone’s offerings and then proceed to test the snot out of ’em with equipment that rivals the original manufacturers. You see, companies rushing to get their products to be “first to market” aren’t really that good for you if quality and efficiency go out the window or, more importantly, out the window goes the safety factor that the stock system afforded you. What will it do to your rig while it unleashes its rush of power? You see, that smile on your face from the extra speed only lasts so long when your investment starts to puke parts like an anorexic model after a hardy meal. Three words can bring confidence to your choice of go-powerful parts: CleanTune™, ActiveSafety® and AutoRate®.

CleanTune is what we call our tunes or calibrations. They are made specifically to grant you the full power potential of your truck by not only adding fuel and twisting the timing to what we prescribe for work, sport or race, but doing so by ensuring that all the extra fuel that we add will be used. Running a dirty tune gets you a plugged-up DPF on new trucks and more frequent regens, which equates to overall lower performance, extra wear on the filter and lower fuel mileage. Plug the filter up too much and that extra soot that you added by running that “other product” will need to be burned to ash so that it can be ready to accept more crud you’re going to load it up with. The substrate ceramic core is actually pretty fragile, being that it basically starts to melt at temps of 1,200 degrees. Seeing that DPF outlet temps were measured at the DPF outlet at 1,100 degrees, I’d venture to say that regular regen cycles get pretty close to the danger zone…without help. Now put a dirty tune on and it has to clean itself more often because it is loading up with more soot, further degrading the internal material. A full filter lowers performance and mpg. Plug it up too much and it’ll work harder to burn itself clean, which causes excess temps and possibly an uncontrolled regen event. If that sounds like a bad thing, then give yourself a gold star. And here’s something funny: Some of these products allow you to force the regen. Maybe they think you’d like to impress your pals by setting things on fire by command, or maybe the tunes are so bad that you’ll need to do it more often to get more performance. The fun ends quickly when you realize that replacing a trap costs thousands of bucks. Oh, then there’s the fact that the ECU keeps track of how many events have taken place and rats you out when you visit the dealer.

The good side of the DPF. Note that the internal ceramic substrate is intact and was doing its job of grabbing the diesel soot.

Same filter, just the outlet side. The inside material has taken enough of the excess heat caused by a dirty tune and has begun to collapse, break and plug up the airflow. This DPF is now toast.

Just one of the hunks of material from the failed DPF. Figure that this and smaller parts are eventually going to shoot out of your tailpipe — that or rattle until you get it changed. By the way, premature failure of the DPF is not covered under warranty, and a new one can cost a couple grand.

ActiveSafety really does one thing: Through a series of redundant systems, it ensures that in the event (an unlikely one at that) that the tuner fails, it will take itself out of the equation and allows all of the stock signals to reach their destination uninterrupted. Good? You bet, as this action will keep the engine running in stock form while other tuners kill the engine by creating roadblock for the essential signals. No signals=dead truck, be it in a safe place or on the railroad tracks.

Now for AutoRate, our system of checks and balances. We give you power, but you know that absolute power corrupts absolutely. What the heck am I saying? We give you performance, but not at the cost of your truck. The tuner becomes an active member of the truck, monitoring things like temperatures and the transmission. Fluids get too hot; we pull power to keep things safe. When readings reach acceptable levels, AutoRate gradually gives power back to you. Start the vehicle up in subzero temps and we won’t give you all the power until your truck warms up and the various temps are in check. Power is pulled out just before the automatic transmission shifts, and then we give you the power after the shift, thereby allowing the shift to be made on stock power. And there’s more, but for that you should take a look at the test section on our website  You’ll learn all kinds of neat stuff there.

In closing, I’d say that our power products don’t rape and pillage your truck…or plunder your wallet at the pump. We honor your investment and you as a customer. 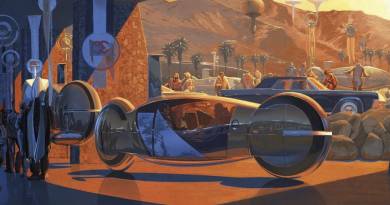 Car guy Heaven…That’s where I am! 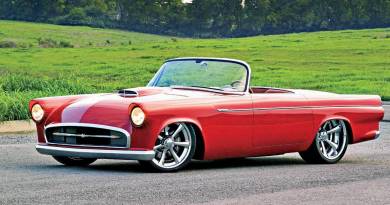 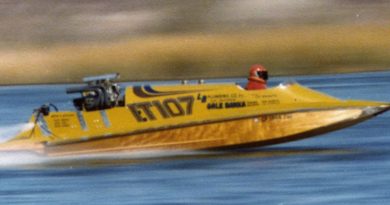