After a long period of time Shayne Williams is finally back in a Ford. His 2017 Ford 6.7L Power Stroke was bought brand new, but just several months ago. Shayne’s search for the perfect Power Stroke, with a specific equipment package led him to a dealership in Nebraska where the truck sat patiently waiting for its destined owner. Shayne flew from his home state of Arizona and was made a deal that he couldn’t refuse, driving his new ride all the way back home.

Shayne is a self-proclaimed Ford guy, getting himself a new Power Stroke every year from ‘99 until about ‘07. Switching up the game, he went with a Duramax-powered Silverado, his first GM truck. He didn’t mind the new brand until a combination of problems with EGR and a few other bugs left him and the truck on the side of the road. Raised in family of RAM-fanatics, he then switched to a Cummins-powered RAM. Shayne went on to say, “after the 14,000 miles of driving the Ram I just decided that the truck and I just didn’t click. Towing with the RAM was fine and the Cummins engine provided the power that I needed, but to me, unloaded, the truck was a turd. Without a load it just didn’t seem to want to boost, and when you jammed on the throttle pedal it suffered from a ‘dead pedal’ taking almost two seconds to get out of its own way. I went back to a Ford after giving the others a go… and I couldn’t be happier.”

Shayne’s Power Stroke spends most of its time towing, and since he wanted some usable power that wasn’t going to leave him stranded, he went with the Banks Derringer tuner coupled with an iDash DataMonster. “The Derringer gives me good, usable power where I need it,” Shayne explains. “Some people might think it’s too soft of a tune, but we’re not talking about an emissions delete and an ECU reflash here! They just don’t get it. It’s a tuner that gives me a boost for towing, and doesn’t put my investment in harm’s way.”

So what does Shayne tow? His answer: “We’re toy junkies!” Shayne’s monstrous 30’ stacker trailer is often stuffed with a sand rail, side-by-sides, quads, and bikes. And speaking of toys (more so in the literal sense) Shayne is an avid RC enthusiast who flies World War 2 style competition planes, some with a wingspan of 14’! He also enjoys RC boats, cars and trucks. In the summertime the truck often tows his 36’ Daytona to the lake. “It’s a rehab boat. I completely rebuilt the whole thing in my garage with a couple of buddies, right down to the fiberglass. It’s powered by two 565 supercharged engines, that I also rebuilt, that put out around 900 horsepower a piece on pump-gas!”

But it’s not all play for Shayne whose business is Desert Hot Tubs, a hot tubs and above-ground pool retail chain based in Arizona. Playtime comes only after long hours of work when he can unwind with his 8 year-old son. 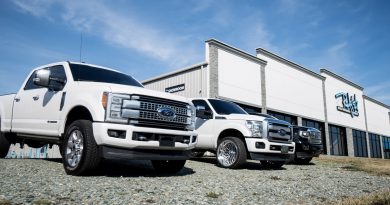 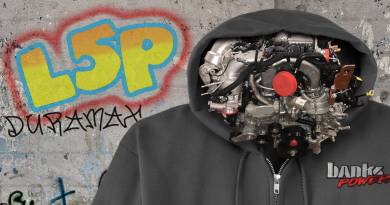 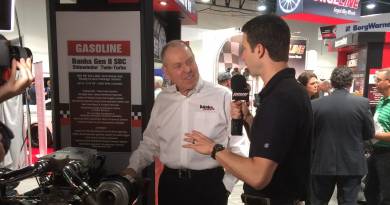