Anthony Ralston has a sweet C6 Corvette. But he’s not just any Corvette owner. He knows what’s going on under the hood. Anthony likes to keep an eye on his intake air temperature, especially since the elevated air temperature from his Magnuson TVS 2300 supercharger can spike on hot days forcing the ECM to pull out timing making him less competitive on the track.

“The elevation here where I live is almost 4,000’ above sea level,” says Anthony, “and the temperature difference from winter to summer can really mess with the air density in the intake. I typically see anywhere between 10.9 to 12.5 psi boost based on density altitude.”

His iDash DataMonster tells him more than what he’s looking for. “Being that I have a gasoline powerplant in the Vette there are fewer parameters that I need to keep an eye on compared to a diesel engine,” says Anthony with a chuckle. “Mostly I use it for the boost gauge, intake air temperature, and soon my ethanol content.” Anthony went on to say that he was looking at all the multi-gauges on the market, and that the iDash actually had way more features than he needed, making it basically ‘future-proof’. “Most of the multi-gauges that I looked at on the market cost the same or more than the iDash, and they had a lot of setup versus the iDash just plugging into the OBD-II port. When I looked at it, the iDash outweighed the other ones by being easy to connect, having plenty of expansion for reading more when I’m ready, and the fact that it reads my IAT!” Anthony, good luck on the track. If you win, we expect you to share your winnings with us. 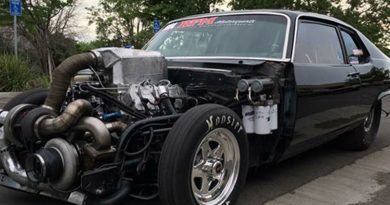 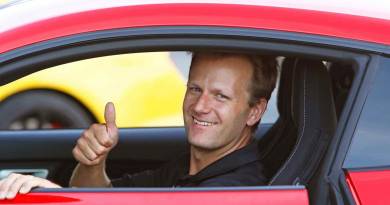 My Friend David is going to the NHRA! Let’s wish him well! 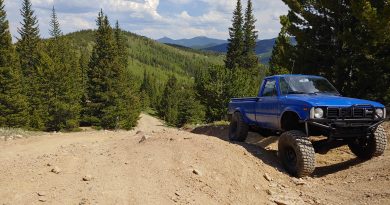 No air density, no horsepower.

July 5, 2019 Banks Power Comments Off on No air density, no horsepower.