The New Zealand Marathon was the third major international event that had been won by a Gale Banks turbocharged engine that year. Benton’s wins in Canada and New Zealand accounted for two and John Westland won his class in the recent Rio Balsas race in Mexico also using a Banks engine. “Since this trio of races constitutes all of the recognized international river racing marathons”, said Gale Banks, “it seems reasonably safe to say that our turbocharged engines are the World Champions of river marathon racing”.

The river racing series is the most punishing type of endurance racing imaginable because the 900 hp Banks turbocharged marine engines are constantly shock loaded and subjected to 7-8g impact loads that can rip the flywheel right off the crankshaft. The engines also have to have a very broad power band so they can idle down to negotiate shallow waters and then blast off to full power. 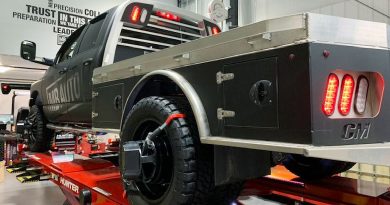 MB Auto and Truck, Indianapolis, IN

April 30, 2020 Billy Bergman Comments Off on MB Auto and Truck, Indianapolis, IN 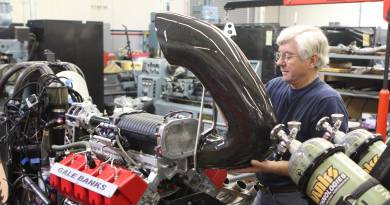 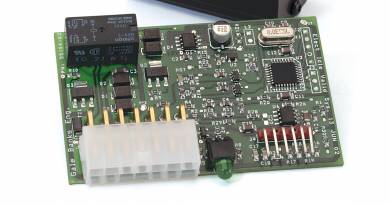