Why Add an Exhaust Brake to your Duramax?
(and what makes a good exhaust brake?)

As the owner of a diesel engine-powered pickup, such as the Duramax, you already know that there is precious little braking effect when you back off the throttle. Even driving in Tow/Haul mode on automatic transmission-equipped vehicles does not significantly increase engine braking. Driving with the vehicle heavily loaded, or while pulling a trailer, down a long grade can seriously test your vehicle’s braking system as you continually apply the brakes to keep downhill speed in check. Brakes are, after all, simply mechanical devices designed to convert kinetic energy (the vehicle’s movement) into heat energy, thus retarding or slowing the vehicle. This is accomplished by forcing stationary friction surfaces (rear brake shoes and front brake pads) against rotating machined metallic surfaces (rear brake drums and front brake rotors) coupled to wheel rotation. The more pressure with which the friction surfaces are applied against the rotating surfaces, the more heat is generated and the greater the braking effect. So far so good, but both the friction surfaces and the rotating surfaces have temperature limits at which braking performance begins to diminish and eventually fail – both as effective braking components and structurally. The rotating brake drums or rotors can become literally incandescent, approaching the point at which the metal begins to lose structural integrity. By the same token, the stationary friction materials can get so hot that the composite material binding the friction material together actually begins to melt and vaporize, releasing a layer of hot gases that form a lubricating boundary barrier between the friction materials and the brake drums or rotors. When this worst-case scenario happens, effective braking ceases and a phenomenon known as “brake fade” occurs. Under these conditions, continued brake application does little or nothing to slow the vehicle. Even when a vehicle’s brakes are capable of keeping the vehicle from gaining unwanted speed downhill, such loads impose significant brake wear and leave little braking safety margin. And, sustained braking can cause overheating that will damage some of the braking system components, such as the brake rotors. The cure for this dilemma is to add auxiliary or supplemental braking to provide an additional means of retarding the vehicle and to provide a braking margin of safety.

To provide some auxiliary braking, typically drivers downshift to a lower gear, allowing the engine to exert some braking force as the engine attempts to intake air against a closed throttle. Of course, this only works for gasoline engine-powered vehicles that have air throttles. Drivers with diesel engines, such as 6.6L Duramax, that have no air throttles, face a different problem. Diesel engines of this type provide little engine braking unless they are fitted with an external device to restrict the pumping action of the engine.

This kind of auxiliary braking system for diesel engines is installed in the exhaust system downstream from the turbocharger. Hence, the device is called an “exhaust brake”. Such a device almost completely closes the engine’s exhaust when the foot throttle is fully released, creating a pumping restriction to generate engine braking. It does this by placing a shut-off valve, called a “butterfly valve”, in the exhaust system. The valve uses an actuator to close it against exhaust flow, forcing the engine to pump against exhaust backpressure. An exhaust brake, such as the well-engineered Banks Brake™, is easily retrofitted to the Duramax diesel pickup and makes the benefits of the Tow/Haul mode especially effective on the automatic transmission-equipped vehicles. A Banks Brake can actually pay for itself in reduced brake wear and brake maintenance over the life of the vehicle while simultaneously providing an extra margin of safety and peace of mind. Best of all, there’s nothing that requires periodic service or replacement in the Banks Brake.

The primary advantages to exhaust brakes on diesel-powered vehicles are that they provide engine braking to assist deceleration, help control downhill vehicle speed, reduce brake wear, reduce brake heat, and provide a greater braking reserve for the conventional brakes. Unlike some others, the Banks Brake operation is virtually silent, both inside and outside the vehicle.

The operation of exhaust brakes varies with the design. Most such brakes are very elementary and use a simple on-off switch to trigger a solenoid or a pneumatic actuator to close the exhaust brake valve—essentially an all-or-nothing braking device. The more sophisticated design of the Banks Brake utilizes an exclusive Computerized Brake Controller (CBC) that offers many exclusive features, and the Banks Brake offers more braking force than competitive designs provide when activated, making it the best exhaust brake value in the industry. A well-engineered exhaust brake, such as the Banks Brake, also includes safeguards to prevent any conflicts with the vehicle’s exhaust system, the engine’s valvetrain, the vehicle’s transmission, or the vehicle’s cruise control. Unfortunately, not all exhaust brakes are created equal. There are designs on the market that bypass so much exhaust flow that they provide little or no braking effect in some circumstances. Still other designs restrict exhaust flow in the open position, impeding performance during normal driving. Premium designs, such as the Banks Brake, combine both system safety and reliability with effective supplemental braking capability.

An exhaust brake should be considered as a necessary safety enhancement for any diesel vehicle that is used to carry heavy loads or used for towing, and a worthwhile addition to any Duramax-powered vehicle. Because adequate braking is so important, the quality and features of a supplemental brake should be a prime consideration when purchasing such a device. Thinking that you don’t need an exhaust brake because you’ve never had a braking problem in the past could be a risk. After all, you don’t want to discover the problem when you’re only part way down a long grade, gaining speed, and your vehicle’s brakes aren’t up to the task. And even if you never encounter such a critical situation, the extended brake life an exhaust brake can provide will reduce your vehicle maintenance costs, add operational versatility, and give greater peace of mind. 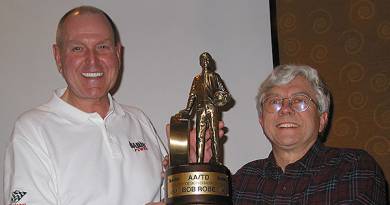 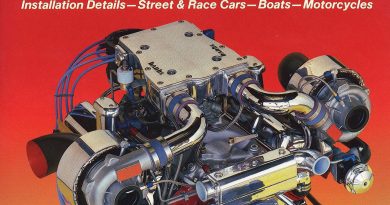