There are two popular ways of tuning, flash tuning, and inline tuning. Flash tuning is when you use a device to re-write the calibration information, “the tune”, on your vehicle’s Engine Control Module, commonly referred to as an ECM. Flash tuning is typically less expensive than inline tuning because all you need is a handheld device to upload the tune. Once it’s uploaded, you can remove the tool and toss it in your glovebox. The quality of the tune depends on the person who created it. There are some good ones and some bad ones. But all flash tunes can be detected by the manufacturer. In other words, they leave a footprint. Just like the FBI can see your dating history on your laptop, your dealership can see footprints left by a flash tune.

Then, you have inline tuning, which is what we’re talking about today. Inline tuning means that the tuning module is in-line or in series with at least one sensor. In the example above, you can see that this fuel rail pressure sensor is sending information to the vehicle’s ECM. An inline tuner intercepts that sensors signal, alters the information, and sends that modified data to the vehicle’s ECM. The ECM thinks it’s still getting data from the sensor. It has no idea the sensor’s signal is being manipulated. And, when you remove the inline tuner from the equation, it’s like it was never there.

So, what exactly does a tune consist of?

When you tune a diesel there are two basic knobs you can turn; fuel and air. But, beware! Modern diesel vehicles using DPFs, Diesel Particulate Filters, have some built-in limits you never want to violate. All Ford diesel pickups ‘08 and up, all GM 07.5 and up and, all Rams ‘07.5 and up, have DPFs.

The tuning limits are driven by the engine’s air/fuel ratio and the maximum exhaust gas temperature, or “EGT”. Additional power requires additional fuel and additional fuel requires additional air. Without adequate air, the air/fuel ratio becomes too rich causing excessive combustion temperature in the cylinders and incredibly hot exhaust gas. The maximum safe EGT, for continuous power output in current DPF-equipped engines is controlled by the ECM, the engine control module, to a nominal 800 Celsius or 1472 Fahrenheit. To prevent engine, turbo and DPF damage leading to premature failure, the ECM will not allow the exhaust gas temperature to go beyond 1472. This is typical of all modern diesel vehicles.

If the tuner only injects more fuel, goes too rich and drives the exhaust gas temperature past the 1472 red line, the ECM will cut the ECM’s injected fuel amount. This will bring down the EGT and protect the engine. This happens within a few seconds and serves to emasculate the tuner by canceling out the fuel it’s adding. This prevents the tuner from burning down the engine. But, every time you throttle up and before the ECM detects the excessive EGT you get a squirt of increased power. It’s like squirt gun filled with lighter fluid over a campfire.

With these high temps you also get big soot production, not to mention greatly increased NOx pollution and reduced fuel economy. The problem here is what I call; stupid rich tuning which takes us to our first tuner example: The “Burndown Boxes”.

Burndown Boxes only increase fuel flow making them the simplest and cheapest to produce. Here’s how they work; connected between the fuel rail pressure sensor and the ECM, they lie to the ECM by under-reporting the fuel rail pressure. This causes the ECM to deliver more fuel pressure to the injectors, increasing their flow. These boxes have no brain and are not connected to the vehicle data stream. So they have no idea what they’re doing to the engine and no feedback loop to correct it. It’s like a brainless guy that sticks his hand in the fire and feels nothing, so he just leaves it there.

Of all the Burndown Boxes we’ve tested, we’ve found two basic approaches; the first type squirts in a large amount of fuel and claims up to 100 additional hp. But typically, when adjusted for max output these boxes set fuel rail pressure diagnostic trouble codes and put the vehicle into reduced engine power mode.

These stupid rich tunes plug the DPF leading the users to blame DPF technology when the problem is the jackass who manufactured the tuner. The best of these added only 34 hp on our 2018 Duramax.

The second type adds a small amount of fuel, makes a minimal power gain, and is generally sold as a mileage increasing device by confidence men. As to their mileage claims, the ECM doesn’t know about the additional fuel so the fuel economy reading on your dash will be wrong. It displays better fuel economy when in fact your air/fuel mixture is richer and your mileage is worse.

Most of these boxes have the same electronics inside but with different housings and brand names. Despite claims of up to a 90 hp gain, they all added the same 14 hp.

Sold by online hucksters the success of these mileage boxes depends on customers that are duped by the huckster’s song and dance or deceived by fake 5-star reviews. There is no way you can add fuel and save it at the same time, it’s like eating a double whopper with cheese to lose weight.

When you’re shopping for a tuner, do yourself a favor, look at the claims and ask yourself, “Can they really do what they’re claiming?” Based on what you now know, you’ll probably find yourself laughing like we did.

Dr. Performance says no increase in exhaust gas temperature. But they only add fuel so clearly EGTs will be higher.

Diesel Domination says you’ll gain 2-3 miles per gallon. How? They only add fuel. You know you can’t spray in more fuel and save it at the same time.

Same with AG Diesel and TS performance. They say you’ll gain 1-3 miles per gallon. You can’t add fuel and save it at the same time. It’s pure nonsense!

And, here’s a warning covering every tuner we’ve discussed to this point… None of them are emissions legal and, the EPA and CARB are on the hunt!

That takes us to the AFE Scorcher, this is an Air and Fuel box, what we call a “Mouth Breather”. Mouth Breathers add air but like the fuel boxes, they have no brain. They’re not tapped into the vehicle data stream! So, like the fuel boxes, they have no idea if the engine is cold or boiling over, they know nothing about the climatic conditions or altitude, they don’t know the EGT, they have no way to tell if the drive train is malfunctioning… hell, they don’t even know that they’re in a truck! Like the fuel only boxes, they pose drivetrain durability problems by not cutting added power during shifts or torque converter clutch application, like the stock truck does. Driving this added power through the transmission during shifts kills the clutch packs. It’s all bad. They claim 60 hp and but only produced 45 according to our research.

The next tuner is very interesting. Its fuel only, but it does have vehicle data, making it a smart Burndown Box. This one is called the Pulsar and is sold by Edge, SCT and Diablo Sport. Like every other Burndown Box, it’s a squirt gun but this one is very aggressive. Punching the throttle around town jacks a lot of fuel into the engine, real quick. It feels great but kiss your fuel economy goodbye! And, what about soot into the DPF and smoking hot EGT? It’s not a pretty picture.

Here’s the problem; the Pulsar advances the throttle pedal quicker than stock, (it’s got a permanent throttle booster built-in) so it’s a super squirt gun, compounding the Soot/EGT felony! And, there’s no air flow increase, no added boost to go with the fuel other than a small momentary increase due to the instantaneous super-hot EGT this thing runs through the turbo’s turbine. Would it have more punch if it made more boost…Hell yeah! With proper airflow all the extra fuel would be used to make power, instead a fair percentage of the extra fuel is being used to make soot! At least until the factory ECM notices the high EGT and pulls back the fuel. Remember the brainless guy with his hand in the fire? Well, the ECM plays God and pulls the guy’s hand out of the fire before he burns it off!

Our research showed far more aggressive soot loading of the DPF causing way more frequent regens. Testing at altitudes of 4,000 to 6,000 feet it’s even worse, there’s less ambient air pressure to start with and the Pulsar provides no altitude compensation…altitude compensation requires boost control! And, intercoolers don’t cool as well in the thin high altitude air, further cutting manifold air density. So, there’s less air to mix with their fuel increase. According to user reports, regens at these altitudes are happening every 125 to 150 miles with the Pulsar.

So, is there a tuner that gives you everything? Fuel control, boost control, and real-time feedback? There is. It’s called the Derringer and the engineering team here at Banks spent thousands of man-hours designing and testing it.

Derringer is the only tuner on the market that controls fuel and air while making intelligent calibration changes based on feedback from the ECM. Derringer is connected via your onboard diagnostics port and monitors all engine and transmission functions in real-time.

If EGTs go up, Derringer pulls back its power and keep temps in check. As your transmissions is about to shift, Derringer pulls back power momentarily to keep the clutch packs safe. Go up in altitude where the air is thin? Derringer knows and adds boost to compensate. Cold engine? Derringer will not add power until it’s at proper operating temp. It literally gives you everything in one small package. It adds a dyno-proven, road-tested 61 hp and 112 lb-ft of torque. It’s priced right and is emissions legal in all 50 states!

Knowing everything you now know about tuning; I think you’ll agree Derringer is the only logical choice. 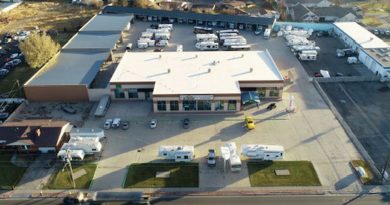 January 10, 2020 Jennifer Curcio Comments Off on Advanced RV and Powersports 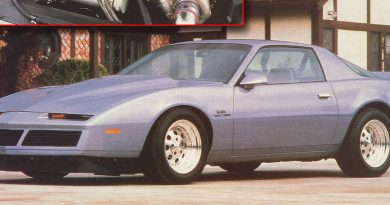 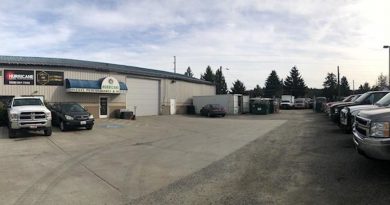