Firmer shifts and reduced slippage can greatly extend the life of a Ford E40D or 4R100 automatic transmission.

For the last several decades light trucks, vans, and motorhomes have gained incredible popularity. Now we can add SUVs to that list. Many families use a light truck or an SUV as their daily transportation. Pickups and SUVs have become socially acceptable. As a result, trucks and SUVs have become less utilitarian and more “car-like”. This transition has included softer suspension, interiors that are more luxurious, numerous creature comforts, and automatic transmissions that have soft, unobtrusive shifts. In an effort to please their customers, Ford designed their light truck tranmissions and control systems to provide smooth, car-like shifts. It is the quality of these automatic transmission shifts, particularly in the E40D that Ford has used in light trucks, vans, and motorhome chassis since ’89, and later, beginning in ’99, the 4R100, that concerns us in this article. While some people find the softer shifting to be pleasing, others have complained that the shifts are mushy, lazy, loose or slippery. The car-like shifts from these truck transmissions are accomplished by reducing the hydraulic line pressure in the transmission, which in turn slows the speed of the shifts and allows some slippage to soften the transition from one gear to the next. While this tactic results in velvet-smooth shifts, it does nothing good for the automatic transmission, and in fact, Ford has had substantial warranty exposure from both of these transmissions. Slippage during the shifts is hard on the clutch packs and it increases the transmission fluid temperature – the biggest enemy of an automatic transmission. The harder the vehicle is driven, the more the transmission slips on shifts. The problem is further aggravated if the vehicle is called upon to haul or tow a heavy load, such as an RV. Heavy motorhome chassis using the Ford automatic have the same problem.

At Banks, we are acutely aware of this situation with the Ford E4OD and R4100 transmissions. You see, the substantial gains in torque and power from Banks power systems also tends to promote transmission slippage and increase transmission fluid temperatures unless the transmission shifts are suitably upgraded. Since reliability of the entire drivetrain is a primary concern when we design any Banks product, it was apparent that we needed to address the E4OD and 4R100 transmissions as well.

Both the E4OD and the 4R100 are electronically controlled four-speed automatic transmissions. They use two shift solenoids and a third solenoid to control torque converter lockup. They also use an EPV (electronic pressure valve) to control hydraulic line pressure. The solenoids and EPV are controlled by the Ford on-board EEC (electronic engine control) processor. Gear selection is made by the combination of the two shift solenoids that are or are not actuated. The EEC monitors throttle position and vehicle speed to determine the load on the transmission and varies line pressure accordingly for the shifts. Light throttle and a rapid change in vehicle speed (acceleration) mean a light load, heavy throttle and rapid acceleration indicate a moderate load, as does a light throttle and slow acceleration. Full throttle and slow acceleration mean a heavy load. The heavier the load, the more transmission line pressure is directed by the EEC to firm up the shifts, albeit still in compliance with the car-like shift design. Unfortunately, the EEC does not recognize additional power output when the engine is upgraded with a Banks system. Consequently, the EEC may recognize a light throttle opening and fast acceleration as a light load when the additional power output at light throttle with a Banks system is actually generating a moderate to heavy load on the transmission. Such situations increase clutch slippage and damage will begin to occur.

The solution to the problem is the Banks TransCommand, an automatic transmission management computer that overlays the stock EEC control of hydraulic line pressure. The TransCommand also monitors the throttle position and vehicle speed to sense vehicle load, progressively increasing line pressure above that signaled by the EEC up to the maximum Ford specification of 190 PSI. Pressure is never increased beyond the Ford spec or beyond the capacity of the transmission pump. This protects the pump and the transmission seals.

The TransCommand is easy to install. Installation can typically be done in ten to fifteen minutes. For diagnostic purposes, there is a “bypass” plug supplied with each TransCommand that can be used to return the system to the original stock Ford configuration in minutes, should there ever be a problem. The TransCommand carries a two-year limited warranty, and it is designed to last the life of the vehicle while enduring temperature extremes, dust, moisture and vibration.

Do you really need a TransCommand if you have a Ford E4OD or 4R100 automatic?

If you’re still not convinced that a TransCommand is a great investment, consider the cost and inconvenience of replacing that automatic transmission. You’ll be glad you did. 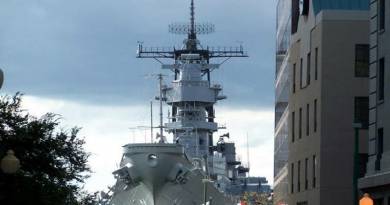 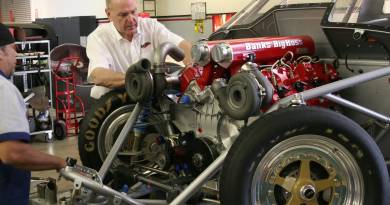 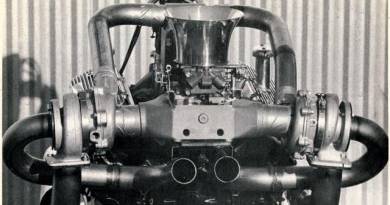 Turbocharging Is The Life For Me: Part 2