There is no doubt that Cummins has established itself as the benchmark of durability in the diesel pickup truck marketplace. Since 1989, the 5.9L power plant, commonly referred to as the “B” engine, has been the workhorse that Dodge has used to establish a foothold among diesel enthusiasts. The engine has remained basically the same over those years, with changes to the cylinder head and the fuel injection system being the most significant updates. Today, the fuel injection system is fully electronically managed, providing the greatest level of control over fuel injection dynamics to date.

MORE POWER
When the task becomes how to achieve more power, the equation is simple: power is increased by delivering more diesel fuel to each cylinder during the power stroke, and achieving a complete burn to harness the full measure of power potential in the fuel. Fuel delivery may be enhanced in one or more of three methods: increase the fuel delivered by lengthening the injection pulse; increase the pressure of the fuel, thereby increasing the amount delivered; or change the timing of the pulse, effectively improving the point of peak pressure in the cylinder.

While the problem statement is simple, the methodology is somewhat complex. This is due in part to the advanced nature of the engine electronics. As technology improves, certain checks and balances are built into the vehicle’s electronic systems, ensuring that the multitude of sensors and reacting components are fully functional. That means that the addition of “foreign” electronics intended to retune the engine may throw up warning flags, commonly referred to as trouble codes. At best, this is a nuisance, and at worst it can cause the engine to run in a detuned, “limp-home” mode. Thus the problem statement for development of any electronic fuel enhancement device must include an interface that does not cause a failure mode.

FUEL TUNING
There are two aspects of fuel tuning that are worth focusing on with the Cummins ISB common rail engine. The first is fuel pressure. Because a common rail system by nature feeds fuel pressure to all the injectors through the same system, fuel pressure can be raised throughout the system by recalibrating the pressure pump’s output. But there is a limitation. Seals and other components in the system are designed to handle up to about 27,000 PSI, yet the system can be altered to produce pressures higher than that. Banks engineers determined that under most operating conditions, pressures should not exceed 24,500 PSI.

Injection timing is another key tuning parameter that can yield tremendous gains in power. In order to recalibrate timing, the electronics must be able to intercept vital engine timing signals from the crankshaft and the camshaft, and tune fuel injection timing based on those signals. Once again, certain limitations apply and must not be exceeded in order to safeguard the engine from harmful timing parameters.

DRIVETRAIN SAFEGUARDING
Anyone who is familiar at all with Dodge Cummins pickups knows that the potential weak link in the chain is the automatic transmission. The 47RE, and its replacement, the 48RE, have grown from a design that was simply never intended to handle the extreme amount of torque that the Cummins engine is capable of delivering. If too much torque is applied under certain high load conditions, it is possible to cause the clutches in either the torque converter or the transmission itself to slip. When this happens, power is not being transferred from the engine to the rear wheels, no matter how much the engine might be producing. Prudent engineering incorporates a method to protect the transmission from sustaining damage due to added power.

EVALUATING THE MASSES
A test cycle at Banks is only complete when it includes testing of competitive products. Although the ISB common rail is fairly new to the market, there are always companies that rush their product into the game—sometimes with poor results. The area of greatest concern that Banks engineers identified was the claim by many manufacturers to have the aspect of injection timing control dealt with. Research revealed that while many companies claimed to control injection timing, some experienced problems with the feature resulting in trouble codes and limp-home conditions, forcing them to pull their product from the market. Others simply claimed they had the feature, but clearly did not. This was obvious based on the fact that no interface with onboard camshaft and/or crankshaft signals existed in their product.

In some cases, a device may have offered extreme levels of power, but it was clear that no consideration was given to fuel pressure limitations. Power was achieved by applying massive amounts of fuel pressure.

It is also quite clear that most manufacturers give no consideration to the durability of the engine or the transmission. Exhaust gas temperature is a limiting factor for any diesel engine. Rampant overfueling of a diesel can result in damage to the internal components. Transmission slippage was also entirely ignored by all products available.

THE CREAM OF THE CROP
Having established a solid problem statement, and further clarifying the task at hand with competitive evaluation, the Gale Banks Engineering staff set about designing a device to create a new standard. The result is the Banks Six-Gun Diesel Tuner, the most advanced fuel enhancement product available for the Dodge Cummins common rail. They then went one step further by developing a competition-only optional enhancement, the Speed-Loader®. Because the durability of the engine and transmission is a prime consideration, the Banks engineers developed a suite of features that adjust the fuel rate of the engine according to prevailing conditions. Dubbed AutoRate®, these features constantly monitor various conditions and provide ActiveSafety® to help safeguard the drivetrain. Here is a list of features and benefits:

THE CREAM OF THE CROP
The result of Banks’ diligence and attention to detail is added value. Banks puts the extra effort into identifying all aspects of the engine’s capabilities and limits to give the consumer a feeling of confidence when using the product. The Six-Gun Diesel Tuner is packed with features that no competitor can duplicate at the same price. The Six-Gun with Speed-Loader offers more horsepower and torque at the rear wheels than is claimed by most competitors, often at a lower price and always with more built-in safety.

Please note: The Speed-Loader module mentioned in this article is no longer offered as a separate component. Call Banks Power at (800) 601-8072 to find out what specific products are made for your vehicle. 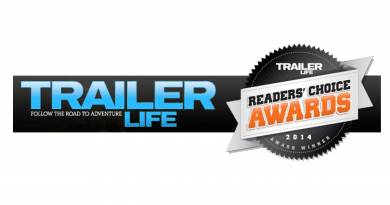 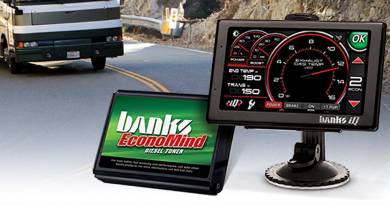 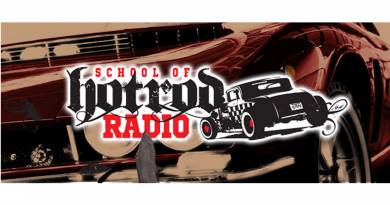