An alternative to petroleum-based diesel fuel that can be made from renewable resources.

In the search for renewable fuel sources that also are environmentally friendly, biodiesel fuel is frequently mentioned. Because diesel engines are playing an increasing role in daily transportation, as well as satisfying the demands of the recreational vehicle market, biodiesel fuel deserves some investigation. In researching biodiesel on the Internet, we found a wealth of information from sources such as the National Biodiesel Board, the American Biofuels Association, the Canadian Renewable Fuels Association, and the Alternative Fuels Data Center. As you would expect, all of these sources promote the use and benefits of biodiesel fuel, but several also present potential disadvantages. We will summarize this information to give you a balanced look at the biodiesel alternative.

The first question everyone asks is what is biodiesel? The general description is that biodiesel is a domestically produced, renewable fuel that can be manufactured from vegetable oils or recycled restaurant greases. A more technical description is that biodiesel is a fuel comprised of mono-alkyl esters of long chain fatty acids derived from vegetable oils or animal fats that meets the requirements of ASTM D 6751. Biodiesel is said to be safe, biodegradable, nontoxic and essentially free of sulfur and aromatics. It is a renewable resource, based on soybean and other oil crops that are grown anew each year. There is an excess production of soybeans in this country, so biodiesel is an economic way to utilize this surplus while reducing our dependence on foreign oil. Biodiesel contains no petroleum, but it can be blended in any percentage with petroleum diesel to create a biodiesel blend. Such blends are labeled Bxx, where the xx denotes the percentage of biodiesel in the blend. For example, B20 would be 20 percent biodiesel and 80 percent petroleum diesel. B100 is pure biodiesel fuel.

According to the Alternative Fuels Data Center, “The use of biodiesel has grown dramatically during the last few years. The Energy Policy Act was amended in 1998 to include biodiesel fuel use as a way for federal, state, and public utility fleets to meet requirements for using alternative fuels. That amendment started the sharp increase in biodiesel users, which include the U.S. Postal Service and the U.S. Departments of Energy and Agriculture. Countless school districts, transit authorities, national parks, public utility companies, and garbage and recycling companies also use the fuel.” And according to the American Biofuels Association, with government incentives comparable to those provided for ethanol, biodiesel sales could reach about 2 billion gallons per year, or about 8 percent of highway diesel consumption.

This last point is important because it addresses one of the big shortcomings of biodiesel: its cost.

The major disadvantage of biodiesel is high production costs. Biodiesel is currently about one and a half times more expensive than petroleum diesel fuel. These costs come from a variety of sources. First, soybeans, the predominant source of vegetable oil for biodiesel, are only 20 percent oil. Utilizing recycled cooking oils produces a more cost efficient yield, but there isn’t nearly enough recycled cooking oil available to meet the anticipated demand for biodiesel. Second, it takes a lot of energy to manufacture the fertilizers for the vegetable oil crops, and to support the planting, cultivating, fertilizing, harvesting, transporting, and processing of the crops for the energy return from the biodiesel fuel. All of the above is also very labor intensive, as compared to refining petroleum diesel or producing synthetic diesel (see “Synthetic Diesel Fuel” elsewhere on this site). And lastly, although not technically a cost of production, pure biodiesel delivers only 90 percent of the fuel economy of petroleum diesel.

Biodiesel is made from any fat or vegetable oil through a refinery process called transesterification to produce chemical compounds known as fatty acid methyl esters. When used as fuel, these esters are called biodiesel. A by-product of the process is glycerol, which is used in cosmetics and pharmaceuticals. Here’s how the process works. First, the oils and fats are filtered to remove contaminants and water. Then alcohol (usually methanol) and a catalyst (usually sodium or potassium hydroxide) are added to the fats and oils. The oil molecules (triglycerides) are broken down into esters and glycerol, which are then separated and purified. The resulting biodiesel contains no sulfur or fossil fuel aromatics. Interestingly, biodiesel is almost 10 percent oxygen, making it an oxygenated fuel, which aids combustion in fuel rich circumstances.

The resultant biodiesel fuel has some very beneficial properties. It is of a higher lubricity than petroleum diesel, which can extend fuel pump life. If has a flash point of 300º F. (as compared to only 125º F. for petroleum diesel) which makes it very safe to handle. In fact, such a high flash point means that biodiesel is officially classified as non-flammable, allowing it to be shipped without a hazardous material classification. Biodiesel also has very low volatility. Of course, a high flash point and low volatility makes it more difficult to ignite at low temperatures in a cold engine, but this is a moot point because biodiesel is much thicker than petroleum diesel. Its low temperature pour point and cloud point make biodiesel undesirable in cold climates. Biodiesel is biodegradable, which is good news for the environment if it is spilled. Pure biodiesel will degrade in as little as 30 days. The downside is that pure biodiesel also has a relatively short storage life, but biodiesel blends with less than 20 percent biodiesel can remain relatively stable for 6 months or more.

Biodiesel is good in terms of most emissions, too. Proponents claim that biodiesel results in substantial reductions of unburned hydrocarbons, carbon monoxide, and particulate matter compared to petroleum diesel in a conventional diesel engine. Unfortunately, the term “conventional diesel” is not clarified as whether testing was done with a “modern” diesel or an older design (see “Diesel Evolution” elsewhere on this site). Because biodiesel contains virtually no sulfur (even less than ULSD), it produces no sulfur oxides or sulfates that contribute to acid rain. Emissions of nitrogen oxides do increase relative to the percentage of biodiesel blended with petroleum diesel, but some biodiesels are better than others are in this regard.

A common complaint about diesel engines is the odor of the exhaust. In this regard, biodiesel is different from petroleum diesel. Biodiesel (B100) exhaust is said to have an odor similar to french fries. Different biodiesel blends presumably have a proportionate mix or aromas. We’ll leave it to you as to whether this is a benefit.

Our final consideration is the compatibility of biodiesel fuel with typical automotive diesel engines. Biodiesel is reportedly usable in any diesel engine with little or no modification to the engine or fuel system. Blends of up to 20 percent biodiesel mixed with petroleum diesel can be used in nearly all automotive diesel applications without modification or concern. Biodiesel fuel can damage rubber hoses and rubber seals. It is always best to check with the manufacturer of your vehicle before using biodiesel, and in any case, it is wise to check hoses and seals after six month’s use of biodiesel. The higher the percentage of biodiesel in the blend, the more important such checks become. Biodiesel has a solvent effect that may release deposits accumulated in the fuel system of the vehicle. These deposits then collect in the fuel filter, which can clog. Clogging occurs most often when biodiesel is first used after a period of operation on petroleum diesel. Filters should be changed after the first several hours of biodiesel use. After that, clogging is less likely to be a problem, but frequent fuel filter checks are a good idea.

Biodiesel is available at some retail outlets, although such outlets are far from common. For the location of biodiesel outlets, check the National Biodiesel Board Web site at www.biodiesel.org and click on “Buying Biodiesel”.

Biodiesel is not likely to ever fully replace petroleum diesel, but biodiesel blends can reduce our dependence on foreign oil while simultaneously reducing the grease and used vegetable oil dumped in landfills. It can also create a market for America’s soybean surplus. The goal of the biodiesel industry is not to replace petroleum diesel, but to extend its usefulness. It’s nice to know that if push comes to shove, we can make our own diesel fuel from our excess and waste. 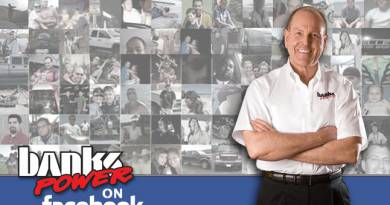 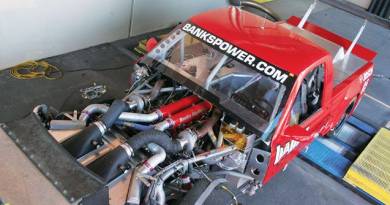 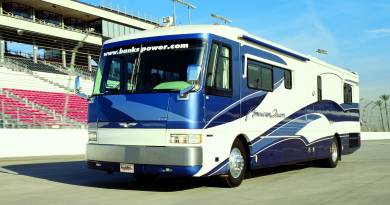