Another way to make power, but is it practical?

Systems for injecting propane into turbo-diesels have been around for some time. The people that make and sell such systems claim that diesels only burn about 75 percent of the fuel that is injected into the cylinders, and that propane acts as a combustion catalyst to burn the remaining 25 percent of the fuel. This is a dubious claim, especially for newer, modern diesels. Direct injection and common rail fuel injection greatly improve the efficiency of turbo-diesel combustion while simultaneously reducing emissions. If 25 percent of the fuel were going out the exhaust unburned, modern diesels would have high hydrocarbon and particulate emissions. In truth, they have neither. The same cannot be said for older, indirect injection (IDI) diesels, which are less efficient than “modern” configurations, but it is doubtful that even IDI diesels waste 25 percent of the fuel injected (see “Diesel Evolution” elsewhere on this site).

Purveyors of propane systems also claim fuel economy will increase 2-3 miles per gallon with full-time use of propane injection. They make no distinction between motorhomes and pickups, but since they probably want to portray as favorable a number as possible, we must assume that increase is for an unloaded pickup. While this claim may be accurate, it is also misleading. What’s really important is the total fuel cost per mile, which isn’t just the diesel fuel costs, but also the propane costs. Most propane systems use approximately one gallon of propane to every four gallons of diesel fuel. When the propane cost is added in, it’s often cheaper to get the lower miles per gallon on straight diesel without propane.

Of course, propane systems aren’t sold purely for fuel economy. Most propane systems are sold to add power to the vehicle. There’s no argument here. Propane will add power to help negotiate long grades, shorten passing time, etc. How much power is added depends on the system design and the size of the turbo-diesel it is used on, but 50 to 100 HP gains are commonly advertised. Propane proponents also suggest a high-flow performance exhaust system be added to the vehicle to realize the full power potential of a propane injection system.

At Banks, we think there is a better and safer solution to adding power and economy. A propane system, propane tank, refill kit, and performance exhaust system can easily cost $1800 to $2500, and in truth, much of the power and economy gain may be coming from the high-flow exhaust system. A better plan is to add a power system that increases total engine airflow and efficiency. Banks has a range of such power systems from the economical Git-Kit to the top-of-the-line PowerPack® for most turbo-diesel pickups and motorhomes. The beauty of this approach is that power is increased as much or more than by adding propane, fuel mileage is improved (and total fuel costs reduced), there’s no need to buy or refill a propane tank, and there’s no potential hazard of carrying flammable propane. Better still, a Banks system lowers exhaust gas temperature and extends engine life. In the long run, a Banks system is less expensive, more efficient, safer, and more convenient.

For maximum power rigs, such as those used in pickup pull or truck pull contests, or even diesel light truck drag racing, propane injection can be used as a way to further increase power on a diesel that has already been extensively modified, especially if it been modified to the point of overfueling. However, under these same circumstances, we believe equal or greater power gains can be achieved with less expense and trouble by installing nitrous oxide injection (see “Nitrous Oxide & the Diesel” elsewhere on this site).

The bottom line: save the propane for the stove and the furnace. 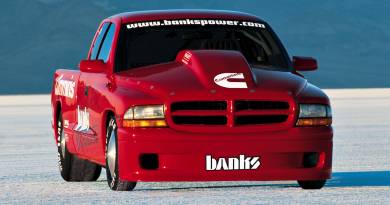 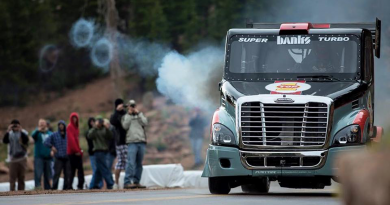