Highlights from the February, 2001 interview, in which Gale answered the top tech questions on diesel-truck owners’ minds.

Ford-Diesel.com: What did Ford change in the turbo on the 1999.5-up Power Strokes? What is “compressor surge,” and how can it be fixed on these trucks?

Gale Banks: There are a few notable differences between the turbo design of the ’99 (early) and the ‘99.5-up (late) trucks. To begin with, the compressor housing size (A/R ratio) changes from a 1.10 on the early turbo to a 1.00 on the late turbo. The diffuser face inside the compressor housing increases from a diameter of about 5.5″ to about 6.0″. The compressor outlet diameter increases by about 0.400″. These changes account for the difference in physical appearance between the two. In addition to these changes, the compressor wheel itself is of a different design. The compressor wheel change was done presumably to reduce turbo whine. Unfortunately, under full power operation, the late-style compressor occasionally goes into a condition known as compressor surge. Surge is an instantaneous reversal of airflow that occurs as boost increases at a fixed airflow. This can even occur on a stock vehicle under heavy load. Every compressor has a point at which it will go into surge. When viewed on a compressor map, the limitation of the compressor is called a surge line. Higher levels of boost will require a compressor wheel and housing combination that has a higher flow range before hitting the surge line. Figure 1

demonstrates the difference in the surge line of the factory wheel and the Banks wheel. When a compressor goes into surge, the only remedy is to reduce boost or change the compressor wheel. Our Git-Kit and Stinger levels moderately increase airflow (moving right along the X-axis) and stay below the surge line as boost is increased, so a replacement of the wheel is not necessary. Stinger-Plus and PowerPack® require the wheel because the turbine housing allows for an increase in boost that oversteps the stock surge line.

Ford-Diesel.com: What does the BigHead actuator do differently from a boost tube?

Gale Banks:indicates the difference in a boost control between a BigHead actuator and proper programming and a boost-leak device without boost programming. Another side effect to a lack of proper boost control is the SES light that may occur with boost conditions that exceed a preset Ford value. Because this value is set in the Ford firmware, the only true way to manage it is by electronically clamping the value sent from the MAP sensor to the ECU.

Ford-Diesel.com:What is your take on the cackle/idle knock problem experienced by many Power Stroke owners?

Gale Banks: We’ve been watching the comments on Ford-Diesel.com regarding the knock and/or cackle problems. It is apparent to me that although no one has come up with an ultimate solution or answer, the problem is probably injector related. We understand that the HUEI injector used in the Power Stroke is somewhat sensitive to engine oil viscosity, temperature and condition. With as much variety as exists in oil, fuel, driving conditions, temperatures (operating and ambient) and everything else that contributes to the conditions under which these injectors must operate, it’s not surprising that there is much speculation about the causes. The sound is definitely mechanical in nature, and therefore seems to be either a mis-timed injection pulse (peak cylinder pressure is occurring at the wrong time), or a mechanical flaw with the injector itself. That’s my two cents worth.

Ford-Diesel.com: Do you have any plans to release higher performance kits for diesel owners who don’t tow much?

Gale Banks: Banks has always taken the approach that power enhancement is an acceptable thing to do as long as it does not compromise the integrity or longevity of any vehicle components in the process. This would include internal engine components, turbochargers, transmissions, rear axles, etc. Every component will have its limitation. We are very familiar with how much power can be made from a Power Stroke engine. We have pushed the limits in dyno testing with excessive boost and EGT. If we wanted to build an all-out diesel race engine, then you’d be hard pressed to beat us at that game. But this type of output compromises the integrity of the engine, not to mention the drive-line of the vehicle. This is in total opposition to our design criteria. Our product does not compromise engine life: it actually enhances longevity, due to a reduction in pumping losses. We’ve opted to leave the over-fueling to others in the field.

Ford-Diesel.com: What is your view on the use of propane with late-model diesels like the Power Stroke?

Gale Banks: The question of propane relates to the question before it, about the over-and-above levels of power. Propane is a quick-though somewhat costly-way to make a lot of horsepower. We have tested various systems that are available on the market, and have had some startling revelations. The most troubling was the occurrence of detonation while operating a diesel with propane injection (peak cylinder pressure/temperature is erratic, excessive and occurring at the wrong time.) Detonation is not good for any engine, but when it is present on a diesel, it is something to be really concerned about. Part of the problem is that the technology that is used for propane regulation vs. engine load is adapted from old carbureted forklift systems, dressed up to look trick. It is designed to be used on engines with a throttle butterfly and vacuum in the intake manifold, neither of which exists on a diesel. Another troubling aspect of propane is how it impacts fuel economy. The addition of propane will reduce the usage of diesel fuel to produce an equal amount of horsepower, but the cost of the propane must be accounted for. I have yet to hear someone explain to me in a reasonable fashion how they figure in the cost of the propane when they are calculating their fuel consumption and cost. Until we see the ultimate all-around benefit of propane, we are not anxious to engineer a system. We are interested in improving the operating efficiency of the engine by optimizing airflow, and propane, being an auxiliary fuel, doesn’t really meet our criteria as an efficiency improver.

Ford-Diesel.com:Why, according to Banks numbers, do you make more hp/torque with the 1997 PS than the new Super Duty PS, both with the PowerPack kit? (293.8/616.2 vs 271.0/596.9) The new ones can make considerably more boost, which I expect is from a bigger compressor. Why less power?

Gale Banks: Look closely at the way that our literature presents the data; we always show a peak-to-peak value, and a best gain value, and these are rarely at the same rpm point. If you compare our test reports for early (’94-97) and late (’99-and- up) PSDs, you will see that the peak power for each with the PowerPack are actually very close to each other (within a couple of horsepower,) while the peak torque is higher on the later model trucks by about 50 lb/ft. Although the engine for the later model trucks in its stock form does produce more power and torque than its predecessor, there is one major limiting factor in engine airflow that exists; the turbine wheel is actually trimmed about 3% smaller than the turbine wheel on the earlier model turbo, creating more exhaust backpressure in the engine, and effectively becoming a “governor” in overall engine output.

Ford-Diesel.com: Does the factory catalytic converter cause as much restriction as some seem to think?

Gale Banks: Anytime that backpressure can be reduced, performance will be better. If turbine-inlet pressure can be reduced at a given boost pressure, the engine will make more horsepower. This is a classic example of a pumping loss. A reduction in exhaust backpressure will translate to a reduction in turbine-inlet pressure, and the turbo will be more responsive. On a ’99 truck equipped with a catalytic converter, at approximately 25 psi boost, we have measured a backpressure of 2.8 psi. Fortunately, most of the later model trucks do not have this restriction.

Ford-Diesel.com: How much horsepower/torque can the engine itself really handle? What about the manual and automatic transmissions?

Gale Banks: The first thing to remember about this engine is that it is basically a medium duty engine being used in a pickup truck. It has been designed with durability in mind. When enhancing the output of the engine, it is important to remember to not violate this durability. Overfueling will not only produce unacceptable EGTs, but it can also soot the oil, which can lead to a variety of problems. The key is to take a prudent engineering approach to power enhancement. Banks has been enhancing the output of the Navistar engine since it was first introduced in a pickup truck in 1983, and we have never had a durability concern. The engine is durable at higher than factory power output assuming that the increase is not done in a destructive method. When you ask, “How much horsepower and torque?” I ask, “Done right or done wrong?” In the past 18 years, we have done tens of thousands of these engines, with NO power-induced failures. 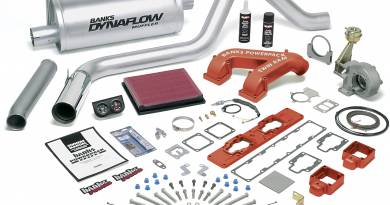 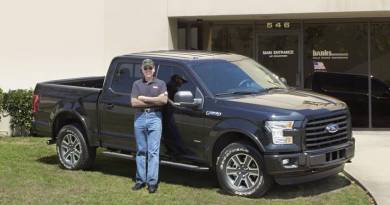 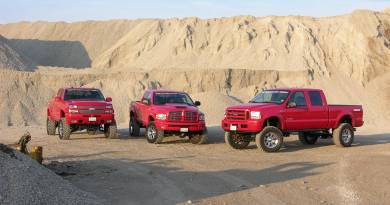 The Fight against The EPA´s Ban on Race Rigs Gains Steam!