Despite possessing the aerodynamics of a brick, Banks/GMC Syclone pickup truck tops 210 mph, becoming both World’s Fastest Pickup Truck and the first pickup to exceed 200 mph.

GMC General Manager, John Rock asked Gale for a suggestion on marketing a GMC sport truck. “Go 200 mph in a pick-up truck” was Gale’s immediate response. So they went out and did it…300 inch V-6, intercooled, but no turbos. World’s Fastest Pick-Up Truck at 210 mph!

Despite possessing the aerodynamics of a brick, Banks/GMC Syclone pickup truck tops 210 mph, becoming both World’s Fastest Pickup Truck and the first pickup to exceed 200 mph.

“Banks team of Bonneville veterans’ fine-tuned race strategy tweaked the truck to top performance. It put GMC in a very exclusive club. When you consider they took a stock, compact pickup with a stock engine, using only modifications that are available off-the-shelf today — Banks adapted that truck and made it capable of going over 200 mph, that is quite an achievement…Two attempts. Two records.” — Assault on the Salt (television)

“At 210 mph, this V6-powered GMC S-15 is the World’s Fastest Pickup. The actual record attempt was overseen by one of Bonneville’s top operators, Gale Banks. With his skilled crew, Banks prepared, operated and maintained the S-15 on the Salt. In the process, they smashed a car record held by Porsche.” — Popular Hot Rodding

“Banks is recognized as one of the world’s foremost authorities on turbocharging technology for diesel and gasoline engines. Banks has worked directly with the Big Three automakers in product development and has even been called upon to head up several speed and racing campaigns, including a GMC Syclone that ran more than 200 mph at Bonneville.” — Sport Truck 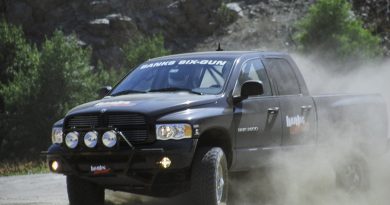 Mastering Teamwork at the Baja 1000 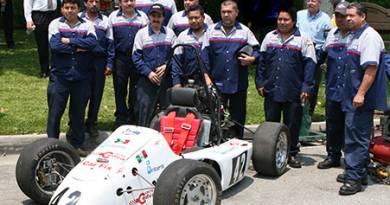 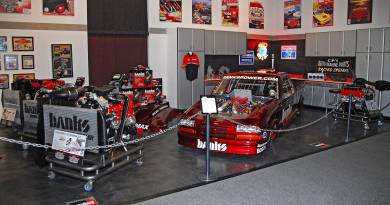