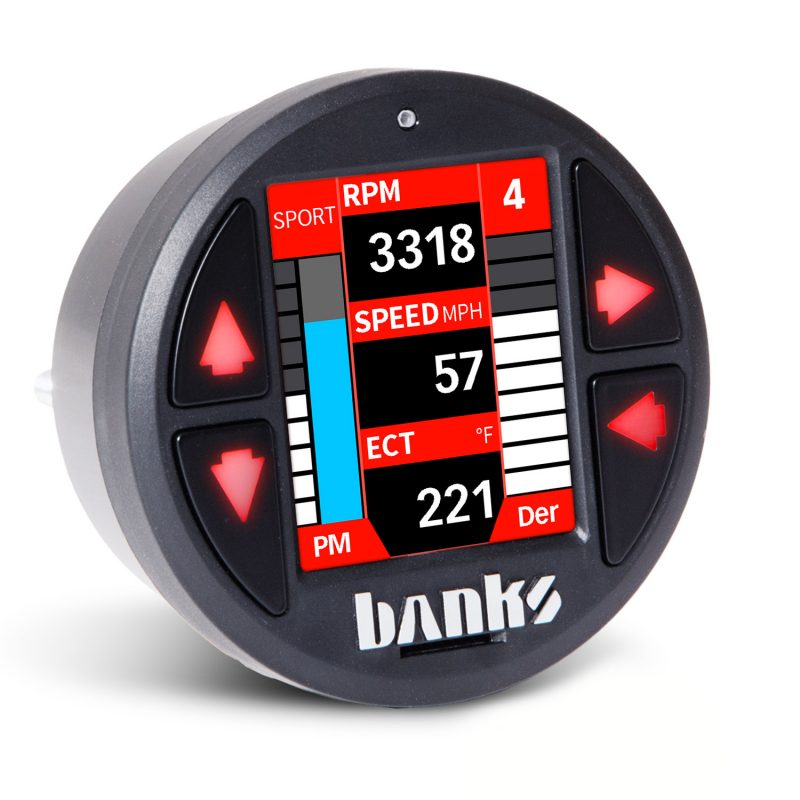 Horsepower is directly dependent on the number of oxygen molecules available for combustion. Simply put, the more oxygen your engine has, the more fuel it can combust resulting in greater horsepower. Boost pressure has been the go-to performance measurement to predict horsepower changes because it directly affects the amount of oxygen available to the engine. However, it is only part of the story and leaves out the temperature effects on oxygen content, which is a critical element that can greatly alter your engine’s horsepower.

So if Boost isn’t the best performance indicator, what is? Air Density is the most direct measurement of oxygen molecules being used by your engine for combustion. Unlike looking at Boost pressure, it accounts for the effect that temperature plays on oxygen content of the air. Density is defined as lbs. mass of air per ft³ of volume. We display this parameter as lbs./1000ft³ which scales it to an easier-to-read range of typically 0-300.

Because the air density changes based on pressure, temperature and humidity, the power output of your engine will also change based on your current ambient conditions. The Society of Automotive Engineers (SAE) has defined a set of ambient conditions that all engines must be corrected to when measuring Horsepower. SAE J1349, which is the most common correction factor, uses an ambient pressure of 14.4 psia, an ambient temperature of 77°F and relative humidity of 0%, resulting with an ambient air density of 72.2 lbs./1000 ft³. Another common density standard is SAE J607 which has an ambient air density of 76.4 lbs./1000ft³.

Manifold Air Density (MAD) is calculated just like AAD except it uses the Manifold Absolute Pressure and Manifold Air Temperature data. This reading represents the mass of oxygen per unit volume available in the manifold.

Boost Air Density (BAD) is another useful measurement which is calculated as:

It is the additional Density available in the manifold greater than the current ambient conditions and is a more insightful performance measurement than simply using Boost pressure.

NOTE: The following list of data parameters is not a comprehensive list of everything that the iDash can display. It is a smaller subset of some of the more common and useful parameters that you may want to monitor.

The parameters available on your iDash is dependent on what sensors the manufacturer has installed on your vehicle. You will not be able to see every parameter listed in this glossary due to it not being supported by your vehicle.

Data is organized in groups/categories to easily locate the parameter you are interested in.

Some vehicles will have multiple sensors in a system (Ex: EGT1/1, EGT1/2, EGT1/3…). In these instances, Bank 1 (Ex: EGT1/1) refers to the side of the engine that the number 1 cylinder resides as defined by the manufacturer. Bank 2 (Ex: EGT2/1) is most commonly only found in “V” configuration engines and it indicates the side of the engine opposite of the number 1 cylinder. When there are multiple sensors measuring the same type of data in a system (Ex: IAT1, IAT2, IAT3…) then the number 1 sensor is located furthest upstream in the path of airflow and the highest number sensor available is furthest downstream in the system. 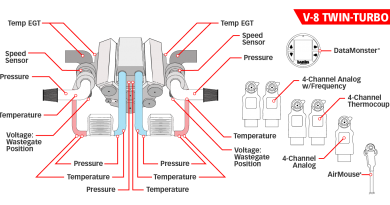