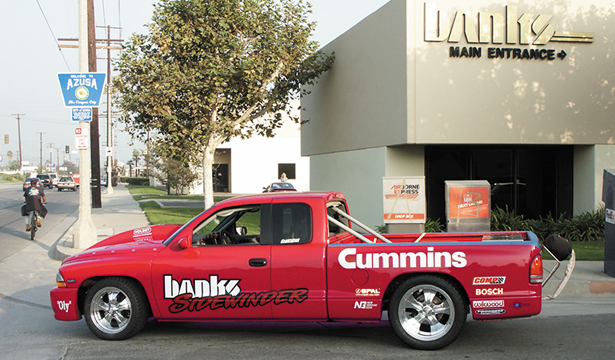 Project Sidewinder consistently exceeds its objectives as we continue to drive and test “The Beast”. One of our stated objectives was to get 20 MPG on the highway with the modified, high-performance 5.9L Cummins diesel in our Dakota. By including fuel economy as one of our objectives, we were further qualifying the Sidewinder as a functionally streetable diesel sport truck.

The fuel economy test configuration of the Sidewinder was almost identical to when it arrived at the Bonneville Salt Flats for its Land Speed Record runs in October. The only changes included raising the ride height slightly for additional ground clearance, replacing the racing air-to-water intercoolers with the street air-to-air intercooler, and installation of a new 3.33:1 ring-and-pinion gear set in the quick-change rearend, with 1:1 spur gears. Everything else was just as the Sidewinder arrived at Bonneville, except we didn’t pull a trailer for the mileage test.

The test loop was just over 119 miles in length, beginning at the Banks Engineering campus in Azusa, California. The route included a couple of miles on surface streets to the Interstate highway. The rest of the loop was all highway driving on I-210, I-30, and I-15, going north up the Cajon pass (about a 6 percent grade), and then back again for a total of 119.6 miles. All highway driving was done at the posted speed limits of 65 and 70 MPH in sixth gear, which is .73:1 for a final drive ratio of 2.43:l. That’s 1800 to 1900 RPM. The powerful Cummins diesel was just loafing, even up the grade. The total fuel consumed was 5.63 gallons, for an average of 21.24 MPG. Not too shabby for a truck with over 700 HP and 1300 lb.-ft. of torque on tap! 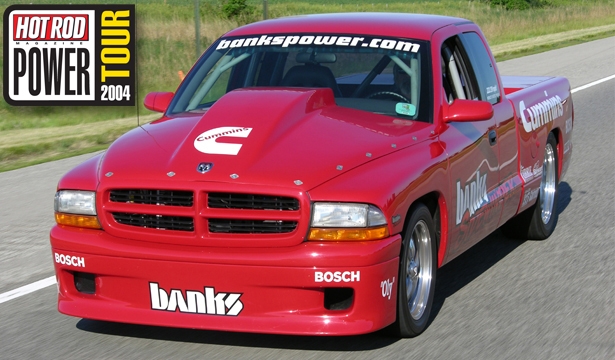 On June of 2005, the Sidewinder Dakota participated in the Hot Rod Magazine Power Tour. The Tour traveled from Milwaukee, Wisconsin to Kissimmee, Florida, a total of over 1700 miles. More miles traveled allows for a better measurement of the long-term fuel economy capability of a vehicle because multiple conditions are averaged into the final calculated figures. The Sidewinder Dakota achieved an incredible 23.6 MPG over the course of the tour. This is quite possibly the best fuel economy of any vehicle that participated, and certainly the best fuel economy of any vehicle on the tour capable of significant power and speed. The Power Tour is all about hot-rodding, so clearly the Sidewinder Dakota was not driven in a conservative fashion in order to optimize fuel economy. This is a true testament to the benefits of airflow. Simply adding fuel alone cannot improve the efficiency of the engine and therefore will not result in significant improvements in fuel economy. 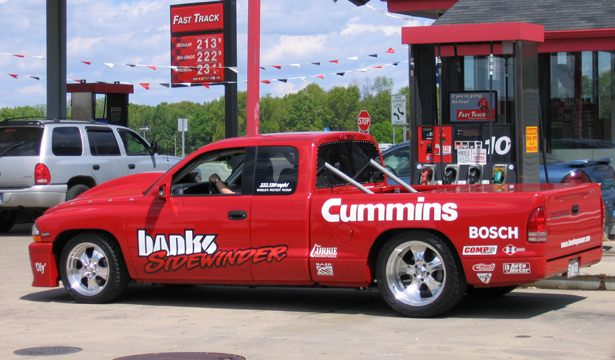 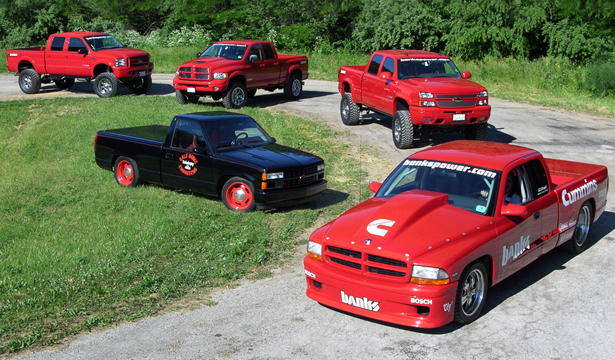