“What I hope to bring SEMA is a clear view into the future, its challenges and its opportunities.” — Gale Banks

How can I help SEMA today? Well, I¹m a futurist. My entire career has been about what¹s next. Through the decades, we at Banks have opened new markets in marine engines, turbocharging, truck and motorhome power systems, turbocharged tuner cars, diesel power systems, electronic tuners and exhaust brakes. Plus, I¹m proud to have worked for many major car and engine manufacturers in defining their future products.

What I hope to bring SEMA is a clear view into the future, its challenges and its opportunities. Having just finished working on the rules for the upcoming $25 million Automotive X-Prize, to be awarded for the best future automobile design, I am currently involved in where our industry is going. I bring a vision of the future based on five decades of experience. — Gale Banks

[gîr-hed] noun. A person with a strong interest in anything mechanical or technological, specifically anything automotive.

[en-juh-neer] noun. A person trained and skilled in the design, construction, and use of engines or machines, or in any of various branches of engineering.

Since selling his first engine in 1958, Banks has never stopped looking for—and finding—ways to extract more power from an engine. From his automotive and marine engines of the ’60s, to the first PowerPack® engineered power system in the ’70s, Banks has fathered the diesel performance industry. Along the way, he has helped countless owners of trucks and motorhomes achieve greater power and efficiency. He’s worked with Buick, GM, the US military, and even Jay Leno in the design and construction of vehicle and engine solutions.

[ahn-truh-pruh-nur] noun. A person who organizes and manages any enterprise, especially a business, usually with considerable initiative and risk.

Companies traditionally don’t start when the founder is a teenager, but then, Gale has never claimed to be traditional. At 16, he opened his first shop—CP Auto & Marine—in Lynwood, CA. His business moved to San Gabriel, CA in the 60s, and later to his current 16-acre campus in Azusa. His entrepreneurial spirit also led him to start up numerous programs through the years, from becoming the GMC dealer-specified turbo option in the ‘80s to recently being named the exclusive worldwide distributor of GM Duramax engines.

[lee-der] noun. A person who rules or guides or inspires others.

Gale’s reputation in the automotive and marine engine industries provided many opportunities for him to guide and inspire others. Examples include consulting on the JPL/Cal Tech Engine Program, developing a hydrogen-burning internal combustion engine, and building prototype turbocharged Volvo engines as a consultant on NHTSA’s Large Research Safety Vehicle project. He taught graduate-level turbo-engine design at General Motors Institute, and is currently on the Automotive X-Prize Foundation advisory board.

[in-uh-vey-ter] noun. Someone who helps to open up a new line of research or technology or art; pioneer. 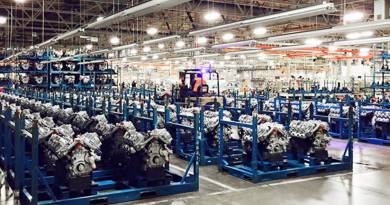 Pinch me… I gotta be dreamin’ ! 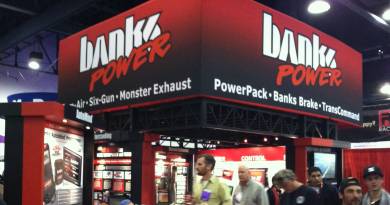 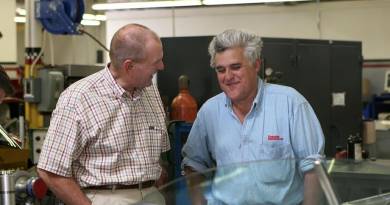 What does Jay Leno think about Gale Banks