Azusa, Calif.  March 9, 2009 – –  The Banks Sidewinder S-10 Duramax pickup just gets faster every time it runs!  And on Saturday March 7, the dark red truck with a brand new Sidewinder snake supergraphic on the side charged right past its own record once again with an incredible 7.77 -180 mile per hour run which made it the first ever diesel pickup to that speed in the quarter-mile.

The record took place at the NHRDA Desert Diesel Nationals at the Speedworld Dragstrip in Wittman, Arizona and in front of a packed house of some very serious diesel drag racing fans.

True to the promises on the promoter’s website and event posters (“… Come Watch The Fastest Diesel-Powered Pickup Truck In The World”) the Banks Sidewinder S-10 once again proved its mettle by making multiple 7-second passes down the dragstrip which brought the large and enthusiastic crowd to its feet every run.  No other machine at the meet ran as nearly fast or as consistently.

Gale Banks himself was on hand to watch his creation and to help with determining the calibrations that got the S-10 to a place where it cut a full tenth off of its previous record and topped the magic 180 mile per hour mark in the big end.  His on-the-spot tuning advice and encouragement proved quite a lift for the team.  As he noted, the next-closest diesel pickup time is nearly a full second off his Sidewinder’s best. “It’s sort of lonely out here,” said Banks. “I’m looking forward to getting some competition soon.”  He further indicated that he had a great time spending the day with the fans and even signed a few autographs in the pits after the races.

The Banks crew used the sequence of six runs that the S-10 made over the two days at Speedworld to work on the further refinement and optimizing of the ultra-high performance engine controls that Banks has designed for the 6.6L General Motors Duramax V-8.  In fact, many of the specialized parts and techniques developed to make the S-10 go from 0 to 180 miles per hour in 1,320 feet will be transferred to the company’s new Top Diesel Dragster in the near future.

Every run for the S-10, no matter how crowd-pleasingly spectacular it appeared from the outside, was a grueling test shot for the Banks ECU currently being groomed for use in the company’s new Marine Engines products.  Improvements in rail pressure and fuel delivery timing were implemented and evaluated, along with a few mechanical “tweaks” to the race machine’s chassis itself, all aimed at making the S-10 not only faster and quicker on each run, but very consistent and repeatable in terms of instant demand for high performance.

The Banks racetrack competition crew was made up of a number of company engineers and technicians whose “day jobs” include race-prepping the S-10 as well as applying the data gained in “combat” on the dragstrip into power and durability across the entire Banks line.  In fact, the only person on the team who’s not a full-time Banks employee is driver Wes Anderson, but the guys don’t mind, because he’s about as good as they come at taking their little S-10 down the dragstrip in a very quick and consistent way, and they really like fast drivers who are thoughtful about the equipment.

In this drag racing setting, Nitrous Oxide is used in place of a complicated inter-cooling set up on the twin-turbo V-8 engine, saving both weight and frontal area.  Of course, Banks designed and built their own electronic controllers to handle the trick oxygen-bearing bottled gas.  This unique Banks controller precisely meters the flow of Nitrous to the engine to keep the diesel combustion process in the most efficient possible range for true smoke-free racing performance.

Many at the meet were surprised to see a new “look” for the by now familiar Banks S-10 pickup … It was a supergraphic of the truck’s namesake “Sidewinder” which mirrors the side graphics of the new Top Diesel Dragster Gale Banks pulled the cover off at the SEMA Show in November.

The symbolism is unambiguous.  Banks Sidewinders trucks, dragsters, and the Marine applications as well, are ready, willing and (very) able to reach out and strike a lethal blow against the competition at a moment’s notice!

Read more about the Sidewinder S-10! 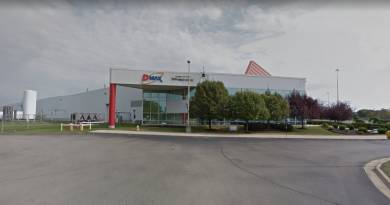 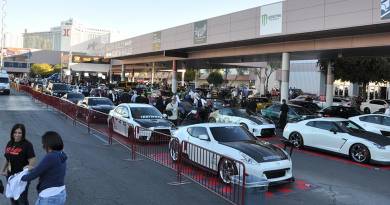 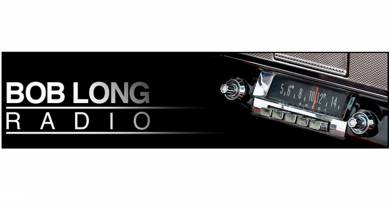