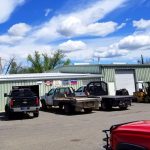 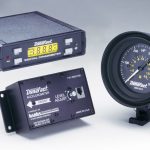 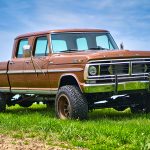 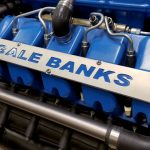 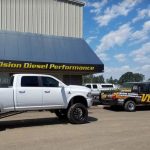 Derek Hamill opened Vision Diesel Performance in 2011 with his friend and co-owner Curtis Ellyes after working on vehicles on the side in their spare time. Derek had been going to school and Curtis was working construction when they decided it was time to open up shop. “We started on personal property as a super-small gig,” ... Read more about this post

Dave Welch first experienced Banks products after an unfortunate mishap with his then stock 2017 GMC Denali 3500 with the Duramax. “My completely stock exhaust melted the fiberglass front corner of my trailer on its maiden voyage! I bought the truck in late-May,” Dave recalls, “hitched up my trailer and drove straight to Lone Pine ... Read more about this post 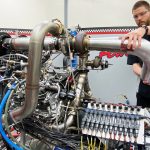 https://www.youtube.com/watch?v=hDVrPcAWqXQ As you’ll see in this short video clip, Erik from Banks’ engineering team has been hard at work on the Killing a Duramax engine (not to be confused with the supercharged twin-turbo). Remember, we have two Duramax engine projects going on simultaneously. Even though the stock turbo has long since been replaced by a Precision 7675 helping ... Read more about this post 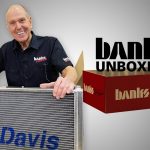 https://youtu.be/z56TNtLgDmI This week’s UNBOXING video sees Gale receiving a rather “cool” product! If you’re following along you know that we’re building a 7.1 liter super-charged twin-turbo Duramax engine for a monster truck. As you can imagine, this bad boy will need some serious cooling. The mechanical engineering team created two heat exchangers in Solidworks, sent the file to Ron ... Read more about this post 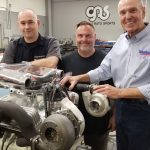 We’re on TV? Momma get the popcorn! Catch the series premiere of DRIVEN on Discovery Monday, March 30th at 9 pm ET/PT. In the first episode of the show Beau Boeckmann and the Galpin Auto Sports crew resurrect a one-of-a-kind Pantera that Carroll Shelby hot-rodded for a secret project with Chrysler’s Lee Iacocca. Find out the history of ... Read more about this post 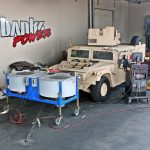 Since 1985 the High Mobility Multipurpose Wheeled Vehicle (HMMWV or Humvee) has been the mainstay workhorse for our nation’s military. Originally powered by a General Motors 6.2L naturally aspirated diesel, subsequently upgraded to 6.5L and ultimately to a turbocharged 6.5L, the Humvee has never been considered a particularly high-performance machine. One turbo 6.5L equipped unit that ... Read more about this post 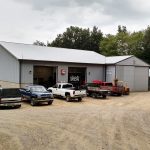 Steve Harsany opened in 1991 as a diesel fuel injection shop. “Back then there wasn’t much in the way of diesel performance,” recalls Steve, “except for the offerings from Banks for the GM 6.2 and 6.5 liter and the Ford 6.9 and 7.3-liter non-turbo’d diesels. We installed a lot of the turbo systems and exhaust ... Read more about this post 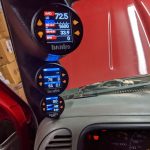 John Faddis runs Quadstar Tuning and he knows the need for monitoring what’s going on with a vehicle even if it isn’t OBD-II equipped. His on-line shop specializes in performance upgrades for the 6.2 and 6.5 liter GM diesel offerings, vehicles that were too early for the switch to OBD-II communication. “My first truck had ... Read more about this post 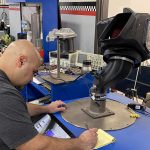 RAM fans rejoice! Testing has been completed and the design has been locked in and approved for the Banks Ram-Air Intake for the ’19 thru ’20 RAM trucks with the Cummins 6.7L diesel. After many design iterations and an extensive amount of testing, against stock and the competition, Banks has come up with the optimum design ... Read more about this post 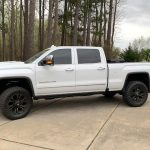 Brian Bland has used his GMC Duramax-powered truck as a teaching tool for his son. “He wanted to know how things worked on the truck,” Brian explained, “what was the difference between stock and performance. This led us to Banks and their series of videos explaining the differences. Then when we saw that there were ... Read more about this post