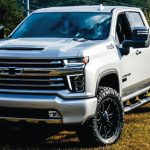 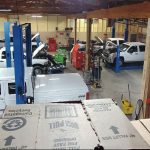 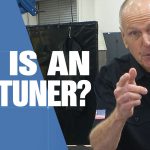 How to Build a Better Inline Diesel Tuner? 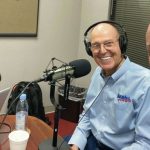 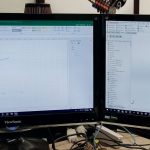 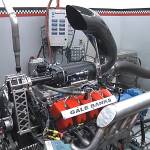 The plan is to be testing in our 272″ Sidewinder Diesel Top Dragster mid-September. We’re running Blown with zoomie headers till we’ve found the best size blower and overdrive, then the zoomies go away and we add two large turbos. A turbo on each bank, and they’ll be blowing the blower, of course! The engine ... Read more about this post

Hey, Eco Boost Owners, my guys are getting clever and I’m loving it! 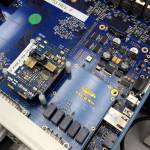 I was nosing around my EE department over the weekend, all by my self, and I came across this. It appears to be the Lab View driven programmer and tester for a new Eco Boost family of tuners code-named “Derringer”…it’s a hideout device that fits inline and requires no reflash of your ECU. It senses new ... Read more about this post

Our Straight-Shot Water/Meth Injection can do some very cool things! 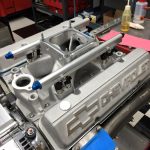 Check out our nozzle pattern in the manifold plenum area. This is for the Hot Rod 427 Small Block Gen1 Twin Turbo project. There are 8 nozzle locations which we will control as a 2 stage and modulated progressive flow rate system. The final parts are due from Vintage Air today, we are very close ... Read more about this post 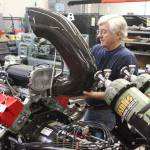 We have designed a new Big Pin Stroker crank, a totally new rod bearing diameter and a new long con rod design, all for our new Banks 870T2B, Duramax V8. It’s our intent to use this improvement everywhere from NHRDA Top Dragster and Pro Stock Truck to Baja Trophy Truck, Bonneville Diesel Streamliner and Marine ... Read more about this post 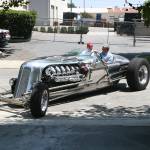 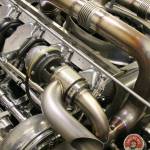 The 6-71 Jimmy Blower and My Pal Bruce 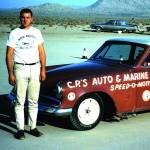 I’d rather be Blown than Injected, so reads Bruce Geisler’s t-shirt. It’s the early ‘60’s, we’re in the pits at Bonneville wrenching our Studebakers. It’s over 100 degrees at an altitude of 4,219 feet, no wonder my Moon air density meter is only reading 81%. Despite the low ambient air density, my Hilborn injected, Isky ... Read more about this post

The Boost Gauge is Dead To Me! 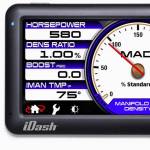 Would you believe this? I’ve got an engine on my Dyno and I’ve made four pulls. The first was naturally aspirated and the remaining three were ran with exactly the same twin turbo setup, running exactly the same 20 lbs of boost. The engine made 580 hp without turbos. The three pulls at 20 lbs ... Read more about this post

Torque Of The Town! 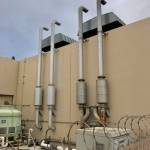 This is real Gear Head Porn…we just reworked our Diesel engine development dynamometer. It had a limit of 4000 rpm and 3000 lbft. We just took that to 7000rpm and 3600 lb-ft. At Banks our Hot Rodding is like the plague, it infects everything in this place! And that’s exactly why we all show up ... Read more about this post 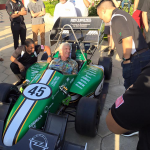