No wonder diesel light truck sales have nearly tripled in only 10 years!

Well, that was then. Today’s turbodiesels are much quieter than those of even a few years ago. Have you heard a diesel lately? If you haven’t, it’s because the clatter (and the smoke) is virtually gone.We all know the scenario. You’re on the way home from the races. It’s 2:40 a.m. as you tow through your neighborhood as quietly as possible. Of course, your rig is gasoline-powered. This is because when you went to buy your truck five years ago, your wife, who has a hard enough time keeping peace with your neighbors, informed you, “Diesels are way too loud.”

Before high-pressure, common-rail, electronic fuel injection was developed for diesel engines, that loud clatter was commonplace. The noise you heard was the sound of fuel combusting in the hot cylinders after being sprayed in by a mechanical pump and injectors.

For many applications today, fuel delivery is a very different process—fuel is stored at pressures of up to 26,000 psi in a common rail, or accumulator, and then distributed to each cylinder’s injector. Then the injectors electronically open and close, spraying the fuel directly into the cylinders. The extremely high injection pressure produces an exceptionally fine mist that combusts quicker than fuel in lower pressure injection systems. The fuel injection occurs at very precise times and in very exact amounts. Notice I said “times,” because sometimes there are several separate injections of fuel for a single power stroke, including a “pilot injection,” where a small spray of fuel occurs before the main injection and quietly starts the combustion process. In other words, fuel is injected in what you might call a “curve” during the power stroke, instead of all at once.

Several fuel injection system manufacturers, such as Bosch and Delphi, have taken common-rail, multiple-injection pulse capability even further, providing “post injection.” There, a small additional fuel injection takes place after the main injection. That helps burn off any fuel that has not already been completely combusted, reducing black, sooty smoke. This is yet another example of diesel engines getting cleaner and greener.

Sales of turbodiesel trucks are climbing, and are now up to 3.9% of the total light-vehicle market share (light vehicles include cars, light-duty trucks, and sport utility vehicles). This may not sound like much, but diesel light truck sales have nearly tripled in only 10 years, from 123,887 units in 1993 to 337,621 units in 2003. J.D. Power and Associates predicts light-duty diesel truck sales will continue to increase, claiming 15% or more of the light-vehicle market share by 2014 (data compiled from SEMA’s 2004/2005 Diesel Market Study).

About the only negative thing that can be said about today’s turbodiesels is their initial cost is substantially higher than any gasoline-powered models. For example, the General Motors LLY turbodiesel V-8, when equipped with the Allison 5-speed automatic transmission, commands a $6,000 premium over a comparable gas-powered truck.

If you’re concerned about extra cost, you might consider that in the long run, the combination of 30%– 40% better fuel economy than comparable gasoline engines and the higher resale value might just make the diesel option a wash. (Note: use this information to sell your wife on the turbodiesel option – you can thank me later.)

And the added torque and horsepower of the turbodiesel will more than make up for the added cost, once you hook up your trailer and tow it more than 50 feet—you’ll feel it that fast. The power is addictive. You’ll see.

In our next issue, we’ll show you how Axis used Banks’s system to make horsepower and torque the right way.

And we can’t forget Dodge when talking about turbodiesels. Its latest-generation 5.9-liter 6-cylinder inline Cummins turbodiesel engine produces 325 hp @ 2,900 rpm and 610 lb.-ft. @ 1,600 rpm. This is one torquey 6-cylinder!

As far as turbodiesel tow vehicles go, there are many pluses. The added torque and mileage make them clear winners. Any one of the Big Three’s turbodiesel-optioned trucks is more than capable of whatever you can throw at it. The choice is up to you as to which brand is your favorite, but I’m betting on seeing a lot more diesels in the pits in the next few years.

Next month, part 2: Hot-Rodding the Turbodiesel. 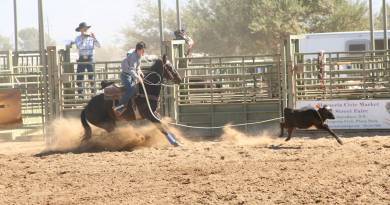 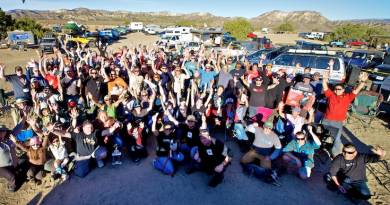 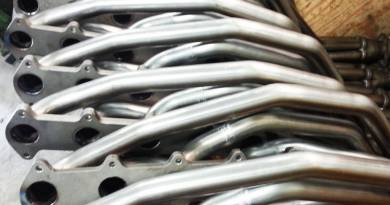