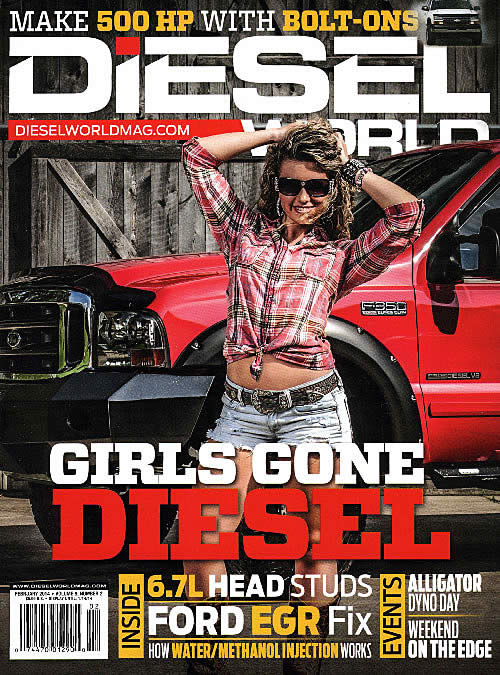 Water injection has been around almost as long as the internal combustion engine. It was first used to improve power, allow higher compression and save fuel on fighter planes during WWII. Both the Allies and Axis air forces used water injection in some applications. After the war, mechanics and engineers brought the technology to the racetrack. Today, water, or more properly, water-methanol injection, is becoming an acceptable and even common upgrade for diesel and gasoline engines. Lyle Cummins in his book Diesel’s Engine: Volume One, states that while Rudolph Diesel didn’t invent water (water-methanol) injection, he did call for its use on his engine.

What happens in a water or water-methanol injection system is simple. The injection of these fluids as a mist cools the intake air.

Cooler air means denser air, giving more oxygen for a given volume. This denser air results in more power produced, and the cooler intake charge also helps to reduce EGT and emissions, a more than 50-percent reduction in emissions in some testing.

In addition to increasing power, and reducing EGT in diesel applications, water-methanol injection can also product fuel savings. This is because the power increase comes without an increase in the fuel delivered to the cylinders. Of course, you’ll have to resist the urge to push down harder on the accelerator to enjoy the added power more, or you’ll lost the mileage edge.

You may be wondering why use a water-meth mix, rather than just water. The truth is, you can use water alone, and some folks do. However, the methanol in the mix has proven to increase power over water alone, and works as an antifreeze too. Consider that about 30-percent methanol lowers the freezing point by 52 degrees F, or down to -20 F. Not only is methanol an antifreeze, it’s also a secondary fuel, resulting in higher power gains over water alone.

Banks Straight-Shot and Double-Shot systems both come with a digital controller, plug-and-play wiring, the highest volume pump on the market for greater flow and adjustable position injection nozzles. The system trigger options can be set based on boost pressure, throttle position, EGT or a combination of either boost or throttle, plus the EGT. There has even been use of the system, as secondary or additional setups, to cool intercoolers and brakes on race applications.

For the test results and all the photos click below »