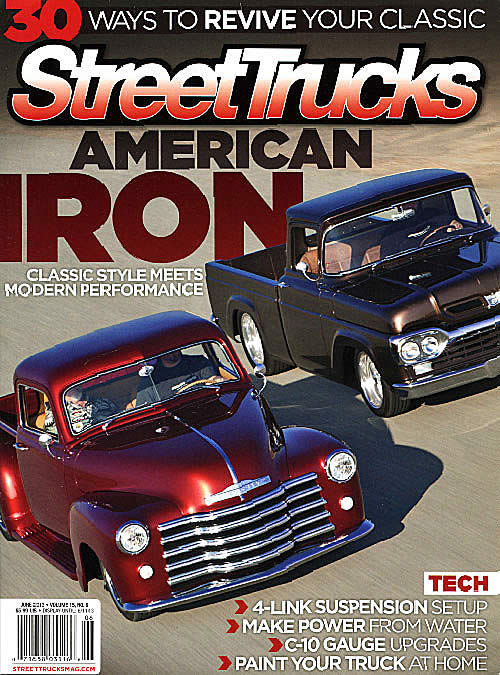 There are a wide variety of products that can help make horsepower and torque; it all comes down to the same principles of more air, more fuel and more spark. Of that combination, introducing more air into the combustion chamber can be the most difficult to achieve, the others can be had with some tuning or a few parts, but increasing air flow can be successfully accomplished in many different ways from using a better air intake to a cam or piston swap. One of the most efficient methods is to increase the air by way of introducing a boost system, whether a turbo or a supercharger.

With trucks, having that instant power and torque on command has made superchargers the most popular choice. The supercharger acts as an air compressor that increase the pressure and density of the air coming through the intake, which makes it possible for more fuel to be burned and helps to make more efficient power. Modifying an engine’s timing can adjust the length of time that combustion can take place once a spark is fired by changing the relative angle to the piston and crankshaft. The more timing, the longer combustion is allowed and the more power can be made thanks to the added air and fuel with the supercharger installation. Of course, this can lead down a dangerous path because the timing must be safely altered and not burn up fuel too quickly or engine detonation (engine knock) can occur.

Enter a method to help keep things cool and increase the octane charge to counteract detonation and keep timing at the pre-set degree. Water injection has been around since before World War II when it was used on fighter planes to assist with quicker takeoffs. It’s also been noted to offer benefits on diesel applications and boosted gasoline engines as well.

Water-meth injection helps to cool down the combustion chambers when the mixture is injected into the intake air. The mixture of water and methanol alcohol is used because the water provides cooling capabilities and the alcohol provides extra combustion as well as acting as an anti-freeze. The air is cooled and becomes denser, which allows for higher compression, and most importantly in our application, helps curb detonation. Some of the common causes of detonation when running a boosted application can include low octane fuel or bad fuel, not enough fuel and hot weather. To keep this from happening, the engine has knock sensors that will retard the timing to keep things safe but it does result in a los of power. With the injection, the results is a higher octane charge similar to running race fuel, but it will come on only when necessary. It can also help to reduce emissions and improve fuel economy in addition to the power potential. Of course, you aren’t simply pouring water into the engine, which would be bad. The mixture atomizes as it hits the air intake tube.

Banks Power is a name that’s been synonymous with making power for more than 50 years. Recently, the company has developed the Banks Power Straight-Shot water-methanol injection kit that can be used on both diesels and boosted gasoline applications. The kit includes a universal 2 1/2-gallon reservoir, pump and a pair of nozzles with solenoids. The system is controlled by a small programmer and monitor that fits nicely into a pillar gauge pod. There are two nozzles, the first is 2 gph (gallon per hour) and the second is a 5-gph nozzle, both are installed into the air intake tube behind the throttle body and MAF. The dual nozzles are staged so that the amount of water-meth being injected can be controlled using different-sized nozzles and varied duty cycles. After some dyno testing and tuning at Banks Power in Azusa, California, we got tings dialed in, allowing us to safely add more than 40 horsepower and almost 40 ft-lbs of torque! The installation was topped off with a Banks iQ 2.0 in order to help monitor all of the temperatures, readings and setup alerts. The Banks Power Straight-Shot water-meth kit not only helps to make extra power, but it also safe-guards your engine from possible disaster.

Be sure to visit the Street Trucks magazine website »