High fuel prices have many business owners worried about their rising expenses and customers who have far less money to spend.

Then there is Gale Banks Engineering of Azusa, where the product line might be in even greater demand now than before. The company is part of the $285-billion aftermarket industry, which includes custom engineered automotive and truck equipment billed as better than factory parts.

When the industry sprang up shortly after World War II, speed was the mantra that drove enthusiasts to tweak their vehicles. Now, interested motorists are more likely to be owners of motor homes, large sport utility vehicles and full-size trucks who are desperate for better fuel economy.

President Gale Banks III said he helped customers get through the 1973-74 Arab oil embargo and the 1979 energy crisis. At his office, which is decorated with 50 years of automotive history, Banks leans forward as if sharing a secret.

“I actually like fuel crunches,” Banks said. “I’ve been through two of them. Both of them gave me and this company direction.”

But there are limits to the improvements he can deliver, Banks said, bemoaning the impossible promises from snake-oil-style ads found in some automotive magazines.

“P.T. Barnum was right about one being born every minute,” Banks quipped. Banks’ products focus on three areas.

Bigger air intake systems deliver more air to the engine to help it breathe better, serving as the rough equivalent of giving a smoker a lung transplant from a long distance runner. Bigger exhaust systems give that additional air a quick escape route. The third part is a small computer called a tuner that fits under the hood and acts as a kind of personal fitness trainer for the engine, telling it when and how to work most efficiently.

They range in price from around $115 for a replacement filter for an air intake system to around $1,700 for an intake manifold that delivers the air-fuel mixture to the engine cylinders. They are also sold as sets called PowerPacks.

The performance claims such as gains in fuel economy are modest by design, Banks said, based on something his father referred to as “the rule of 10 and the rule of 100.”

Banks’ father walked a beat as an officer for the Los Angeles Police Department but had come home from World War II suffused with knowledge on how to keep just about any kind of ground vehicle in good repair. It was know-how, and a way to approach business, that he quickly passed on to his son.

So, Banks claims his products can give a 10% or slightly better boost to fuel economy, while increasing horsepower and torque, the latter of which governs such things as towing and hill-climbing abilities. When there is a range of effectiveness, Banks says he uses the lowest result in the range.

The first clue about Banks’ future might have come in 1956, when the science fair project he built was a radio-controlled robot tractor that could mow the lawn and take out the garbage. The trophy he won for that, without a trace of tarnish on it, sits on his desk at his office.

By the time he was studying mechanical engineering and electrical engineering at Cal Poly Pomona, he had an itch to run a business. He sold hot rod packages to fellow students until his dorm mother got wise and forced him to operate out of his car trunk.

Soon, running a business was getting in the way of college. The business won, and “my boss didn’t require a degree,” Banks likes to joke.

Banks Engineering now employs about 200 people at its 12-acre campus, which includes several buildings. Annual sales run about $16 million, according to Dun & Bradstreet, although Banks described revenue as in the “mid eight figures.”

Banks has become a legend among the aftermarket speed crowd, having set land-speed records and built what was once the world’s fastest passenger car.

His customers include big automakers and individual motorists who say that Banks’ products have made their long drives easier and more economical.

Drag racer Tim Turner of West Harrison, Ind., who hauls his super-gas category vehicle around the country in a trailer with a combined weight of 9,000 pounds, was getting a consistent 14.2 miles per gallon on his 2003 Ford F250 pickup truck before he bought a Banks Six Gun with a Power PDA — the names still reflecting the old hot rodder days. The air intake and exhaust systems give him more horsepower and an average of about 19.5 mpg, he said.

“Most definitely I was very shocked and very pleased that the mileage went up so much. And the power was more than what the factory advertised,” Turner said.

Jose Frank Herrera turned to Gale Banks Engineering when he bought a new Four Winds Windsport. The West Covina doctor said he was looking for better performance and bought an exhaust and air intake system for the motor home. He takes his wife, Marialuz, and their 3-year-old daughter, Alexia, on an excursion every four to five weeks, and is pleased that his Windsport has to downshift for more power a lot less frequently during the Grapevine hill climb.

“I don’t waste any more gas than before and I get a big improvement in power,” Herrera said.

At 66, Banks could easily be forgiven for wanting to slow it all down. Instead, Banks says he’s working on some of the most important projects of his life.

He’s testing diesel fuel to find the one that is cleanest and most efficient for racing. Banks is on the prize development advisory board for the Progressive Automotive X Prize, which is offering $10 million for the first 100-mpg vehicle that uses a commercially produced fuel and can be mass produced.

Whatever comes next, Banks wants his business to be part of it. 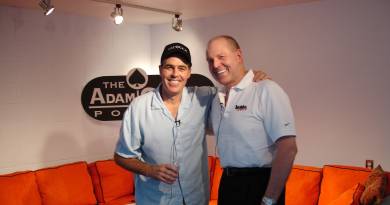 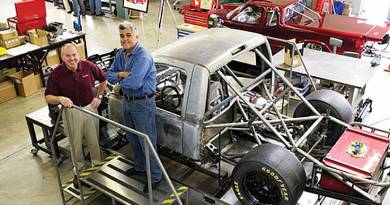 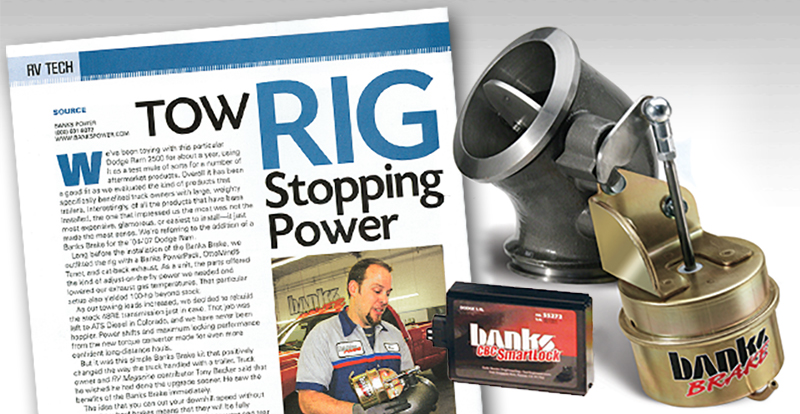