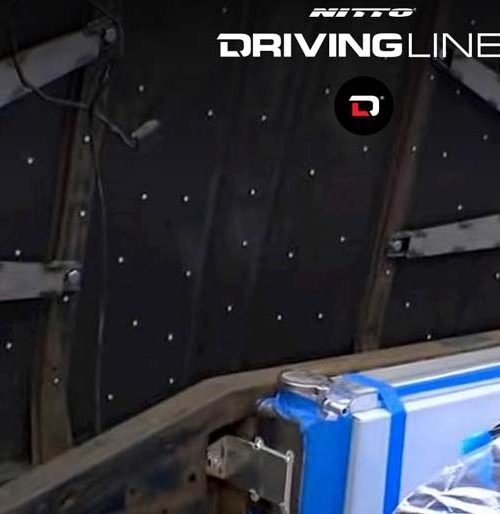 When you can’t buy aftermarket parts to achieve your goals, you have to engineer your own. In order to make Project LokJaw’s reverse-opening hood idea a reality, it was time for the guys at Banks to get busy fabricating. Taking the designs for the hood hinges and corresponding bracketry that had been laid out in CAD by Banks’ Matt Gamble, it was up to Erik Reider to bring the 3D images to life out in the shop. But if the folks at Banks understand anything, it’s that you can’t get ahead of yourself in any type of custom or one-off build. Case in point, make sure the hinges don’t interfere with the front tires when you drop the frame to the ground…

Next time, tune in to find out exactly why Banks chose to run Nitto NT555RII drag radials on its ’66 C20 creation.

In order for the reverse-opening hood to work, the guys at Banks had to come up with their own front-mounted hinge system. Computer designed with a natural mechanical stop built-in, the hinges were configured from ¼-thick steel plate. Banks’ fabrication specialist, Erik Reider, handled the cutting and assembly, along with the radiator core support bracket used to mount the hinges. As a bonus, the core support bracket attaches by way of existing holes in the truck’s factory core support.

To keep the serpentine belt from interfering with the twin cold air intakes that will feed the Whipple charger on LokJaw’s L5P Duramax, the engine’s FEAD system (front end accessory drive) was treated to a slight redesign. The reworked system keeps everything low on the engine, namely the alternator and Sanden A/C compressor from Vintage Air. Mounting these accessories lower on the Duramax called for some custom bracketry and spacers, which of course were produced in-house at Banks.

Once the hood hinges were mocked up, it was time to shore up the gap between the core support and firewall. After carefully taking the height of the front Nitto NT555G2’s into account, the steel pieces required to build two core support spreaders were cut out and tacked into place. These braces will keep the core support rigid with the fenders and hood in place, but will also keep the hood hinges from contacting the summer tread while the truck lays frame.

The Tightest Of Margins

With the core support, spreaders tacked together and bolted in place both on the firewall and at the hinge brackets, the guys checked their work by draining the airbags and dropping the C20 frame to the ground. There were mere millimeters to spare, but the project within a project had proven successful.

A means of connecting the original hood to the new hinges was the next order of business. For that, starfish style, under hood hinge brackets were developed in CAD and brought to life out in the shop—complete with the appropriate Banks logo gracing both pieces. Then, at the moment of truth, the mounting holes in the under hood hinge brackets were shown to align perfectly with the provisions made in the hood hinges.

Verifying that measuring twice and cutting once does in fact work in the real world, the CAD-designed under hood hinge brackets fit the original hood perfectly at crunch time. To secure the brackets to the hood, Reider installed nutserts in the hood for not only a simple fastener install but a clean-finished look as well. After that, studs were welded to the underhood hinge brackets to make setting the hood onto the hinges a much easier task.

Upon first setting the hood on its new hinges, everything appeared to match the rest of the truck’s body lines. However, for added insurance, the guys at Banks engineered plenty of adjustment into the hood to align everything to perfection once the cowl and fenders are installed. Thanks to the slotted angle brackets up by the cowl, there will be plenty of fore and aft adjustment. Side to side tweaks can be made via the under hood hinge brackets. And finally, up and down adjustment is on the table thanks to the core support brackets. Having three planes of adjustment at their disposal should make for impeccable body lines once the project is finished.

Although the hinge mechanism mechanically stops the hood from opening beyond a certain point (when two steel pieces come together), the finished product will be equipped with a spring on each side. The over-center spring will aid in initially propping the hood open, but will also help slow the hood’s momentum down before the hinges mechanically stop it from opening any further.