Banks water-methanol injection and Cobb tuning Accessport tested on a BMW 335i.

California is known for its sunny beaches, Hollywood lifestyle and terrible gas, especially in the winter when the percentage of ethanol increases. So when Sig Jamison, the owner of this ’07 BMW 335i, was preparing to ship his car from the East Coast, he made a point to top off the tank with precious 93-octane. At the time, the 335i was running a custom turbo-back exhaust and Cobb 93-octane software which gave, according to Sig, “awesome performance.”

As the 335i sucked down its last drop of 93 in California, he knew the party was over and planned to install the Cobb 91-octane program. Although he knew the lower octane would diminish performance, it was the scale of the loss that surprised him.

It wasn’t just straight-line power that was down, but he found the BMW was more susceptible to heat soak, had different throttle response, poorer gas mileage and diminished overtaking performance.

Eventually, he removed the Cobb software entirely because he was uncomfortable with how much timing the motor was pulling under acceleration, and that the engine was retarding the ignition timing under full boost. So the 335i returned to stock, leaving Sig slightly bummed.

Fortunately, he moved to sunny SoCal for a new employment opportunity at Banks Engineering – specialists in diesel performance. His arrival couldn’t have come at a better time as the engineers were in the process of finalizing development of its StraightShot water/methanol injection system. This would be the solution to restore and enhance the performance of his N54-powered 335i 3.0-liter twin-turbo.

The baseline and all subsequent testing was performed on the same day, utilizing the same tank of 91-octane gas. All horsepower and torque figures have been automatically corrected by dyno software to compensate for environmental changes and were measured at the rear wheels in third gear. All temperature and timing readings were obtained using Cobb AccessPort Manager datalogging software.

Knowing our baseline numbers, we moved onto the meth injection kit installation. Although the Banks StraightShot meth kit was designed specifically for the N54 engine, it doesn’t come with a bracket for the injection nozzle. Fortunately, Sig’s 335i had the updated throttle body charge pipe without sound amplifier, which gave a perfect spot to locate the nozzle. So after removing the air box, removing the charge pipe was straightforward. This meant drilling and tapping the plastic for the nozzle took no time at all.

The most tedious part of the installation was running the tubing from the windshield washer bottle (used as the meth reservoir) in the front fender, back to the pump mounted in the trunk, and then up to the engine.

Fortunately, the harness was plug-n-play so required no cutting. The digital controller utilized the OEM boost sensor, so there was no need to run vacuum lines, so connecting everything was quick and easy.

For this installation, the controller’s slim profile allowed the gauge to be easily mounted in the ashtray for easy adjustment and monitoring of boost and the pump duty cycle.

Using the Cobb AccessPort datalogger to glean data throughout the test, it showed a slight drop in boost pressure across the entire rev range. We also saw a dramatic reduction to intake temps, eliminating the timing retard, but increased cylinder one timing (the only cylinder we measured).

We did notice some power loss on the dyno below 2500rpm but were unable to fully investigate the problem. The Banks kit was still a prototype, so the calibrations and nozzle sizes weren’t finalized. After our test, Banks engineers informed us they have subsequently swapped the #5 nozzle for a smaller #4.

For this test we shut off the Bank’s StraightShot system and ran the Cobb N54 software on the same tank of 91-octane.

It was a straightforward install once we found the correct software on the Cobb website and uploaded it to the AccessPort using a laptop and supplied USB cable. As a precaution we made a backup of the original file prior to installing the software via the OBD2 port.

Once installed and running, the AccessPort datalogger showed a 28-40% increase in intake temps, while boost pressure showed an average increase of 80% through the entire rev range. Data logs indicated the vehicle was only retarding the timing about 3? under acceleration. This was because the BMW runs a positive timing under boost in stock form but when under the control of the Cobb software it’s recalibrated towards negative timing. However, it produced good results, with output up to 251hp and 300 lb-ft at the wheels.

For this test, the StraightShot was reactivated and we ran the same settings as test 2. Except now, the logs showed the reduced intake temps from the StraightShot allowed the engine to run positive timing again, which meant it was no longer retared under boost, so boost pressure dropped.

We chose to download the 93-octane version of the Cobb software as well, upgrading the StraightShot with the #7 nozzle, which was included in the kit.

With the larger meth nozzle fitted, the engine wasn’t pulling timing but could run more boost, allowing it to make 295hp and 342 lb-ft on our original tank of 91-octane fuel, which produced a good increase in acceleration of 0.65sec.

For our final test, we went for broke with Cobb’s free 100-octane software. This would pump more meth through the larger #7 nozzle, cooling the intake and hopefully allow the engine to make even more boost on our 91-octane fuel. The theory proved correct, as you can see, with 333hp, 368 lb-ft thanks to positive ignition timing, giving a great increase over stock for no additional spend.

Over the years, we’ve driven many BMWs with the N54 engine, but all have shown one thing – they don’t like to be messed with. When the engine gets hot, they will reduce power and even activate limp mode on a racetrack without much provocation. Mess with the motor too much and it will start throwing codes like a two year-old having a temper tantrum.

However, this BMW 335i with the Banks StraightShot and Cobb AccessPort software showed an overall increase of 112hp and 132 lb-ft, which is a winning combination. Even on the dyno and with the small stock intercooler, the methanol maintained cool intake temps, making the high-strung BMW fast and consistent.

We ran into Sig a few weeks later and the smile on his face told us all we needed to know about the upgrades. The car was better than ever and California’s poor gas was no longer a problem. 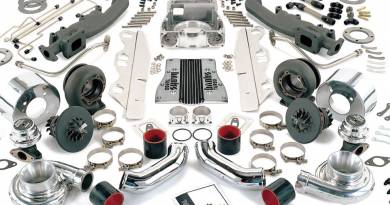 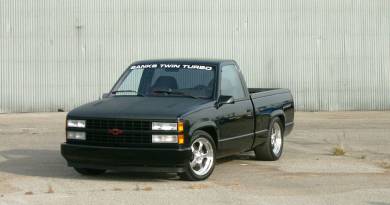 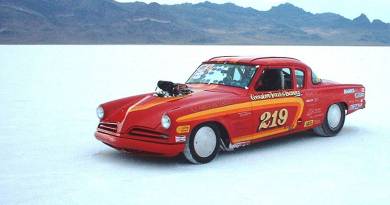