At only 16, Gale Banks set up shop in the family garage and began doing machine work and valve jobs for neighborhood hot rodders, gaining himself a reputation as a go-to guy for performance engine work. At the same time he was honing another reputation as Lynwood High School’s chief nerd, with an affinity for robots. “There were plenty of sci-fi robot movies then, all were humanoid. You know, ‘Gort… klaatu barada nikto.’ I wanted to build one, but I didn’t think the human form was efficient.”

So, he commandeered his sister’s tricycle and rigged it with three military surplus servomotors. Next, he installed a surplus radio transmitter, with a telephone dial to send pulse instructions. Gale didn’t realize it at the time, but he had created his own primitive (and wireless) programming language. This electronic tricycle was further demonstrated to cut lawns via remote–showing the forward thinking that still drives the company today.

The Banks “Lawnbot” obliterated the competition at the 1958 Lynwood Science Fair and eventually came in second at the California Science & Engineering Fair. In many respects it influenced his future, merging the power of computing with good old-fashioned hot rod know how. Gale has never shied away from technology, inventing or pushing the boundaries of the automotive landscape. 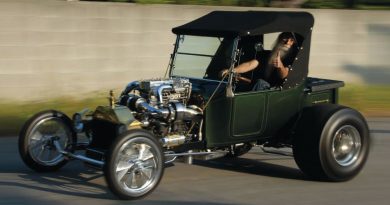 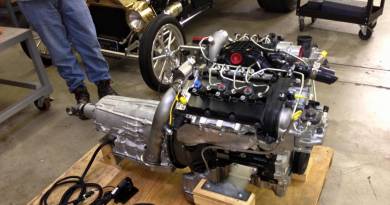 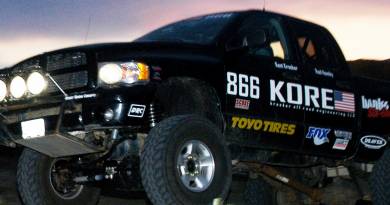