Update: This was an April Fools Prank! No electric vehicles were improved in the making of this story.

We all know that electric vehicles are growing in popularity. Being that Banks Power is known for Gas & Diesel performance, they dismissed electric vehicles for a very long time. But about a year ago, Gale Banks had an epiphany on how he could increase the power output of an electric motor. When he shared this thought with his Engineers at Banks Power, there was a shared opinion that it was possible. After a year of development, testing, revisions, testing, more testing, and then some testing (you get the point) they are finally ready to share the outcome of their hard work. Of course, Gale Banks had to secure 7 different United States Patents* before this went public because what they are working on is revolutionary and will shatter everyone’s opinion of the future for electric vehicles.

After securing the patents Gale Banks approached Elon Musk of Tesla Motors to see if he would be interested in licensing the technology. After their initial meeting, Gale and Elon became almost inseparable. They would regularly meet up to discuss new ideas and review the progress of the electric motor performance products that Banks Power was working on. If you didn’t see Gale at Banks Power, there was a high chance that he was at Tesla with Elon Musk, or visiting SpaceX reviewing ways to improve launch times. Gale mentioned to Elon that he could shave 3 seconds off the launch time for the Falcon 9 and a whopping 7 seconds off the Dragon’s launch time. Of course, Elon didn’t believe him, so a bet was made and we will see what comes in the future.

As for the Tesla, Gale chose to work with the Model S. Since Banks Power is known for their jaw-dropping powered Diesel Trucks, he wanted to work with the Tesla’s flagship to prove his point. The first step began with keeping the electric motor cool. As you may or may not know, electric motors lose power when they get hot. So Banks Power developed a sophisticated Banks eRam-Air cold air intake system to help keep the air to the electric motor cool. And to allow that air to flow more freely, their custom eMonster Exhaust System frees up electrical discharge pressure. This of course all sounds like a load of crap, but extensive dyno testing proves that stock electric motors have too many restrictions when it comes to airflow and Gale has done the testing to prove it. 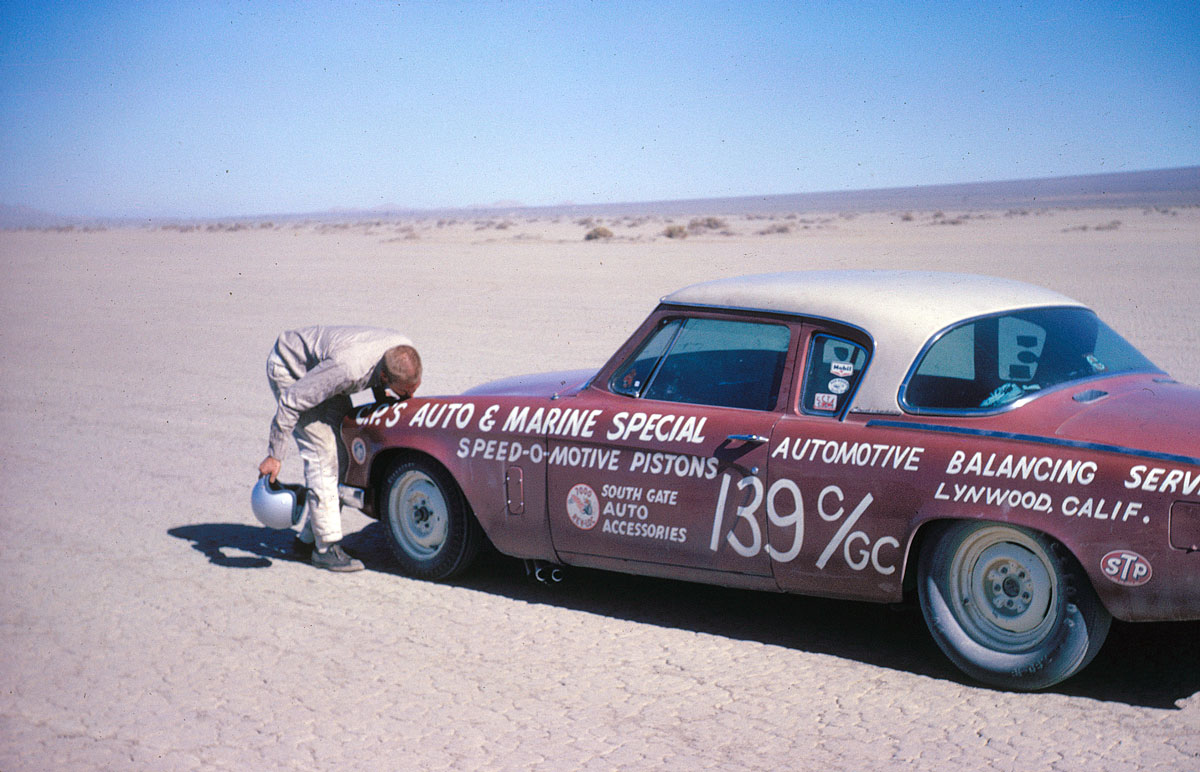 “It’s a weird habit man, but I love it, done it my entire life!” said Gale Banks

Now Banks took it one step further. Because you can’t say that you’re going to do something and then do it just ok. No, he does things on a level of bad-ass! So he stepped it up and engineered a twin-turbo system for the electric motor. This setup is closely related to the traditional fuel-injected variant that we are all familiar with. The turbos use the electrical discharge from the exhaust to compress the intake air flowing into the battery cells of the electric motor. It’s pretty simple actually, but the magic is in the software that ties it all together. Working closely with the software development team at Tesla, Banks Power was able to work up a custom tune that allows the electric drivetrain to fully utilize the performance mods to their full potential. You’ve heard of the software update that allows Tesla owners to unlock “Ludicrous” mode. Well Banks, together with Tesla, has developed his own mode. The new performance level “Hoodwink” was named after something that Gale has done for years, he winks at the hood of any car he passes. “It’s a weird habit man, but I love it, done it my entire life!” said Gale Banks when asked about the strange name.

All of these upgrades combined make for some very impressive numbers. With the Banks Power system installed, the Tesla Model S accelerated from 0-60 in 1.26 seconds. That’s half of your 0-60 in Ludicrous mode. Top speed is increased from 155 mph (249 km/h) to a mind-blowing 218 mph (351 km/h) thanks to the performance mods and also thanks to the fact that the Hoodwink mode removes the speed limiter. Sure, these numbers sound good on paper, but what does it mean in real life. Let’s just say this, after Gale took me out for a spin, I almost had to change my pants. The Tesla Model S equipped with Banks Power’s performance upgrades and the new Hoodwink mode make it a very scary fast ride.

Stay tuned for more updates on this incredible project and anything else that Elon Musk and Gale Banks dream up next. It’s guaranteed to be a wild ride! 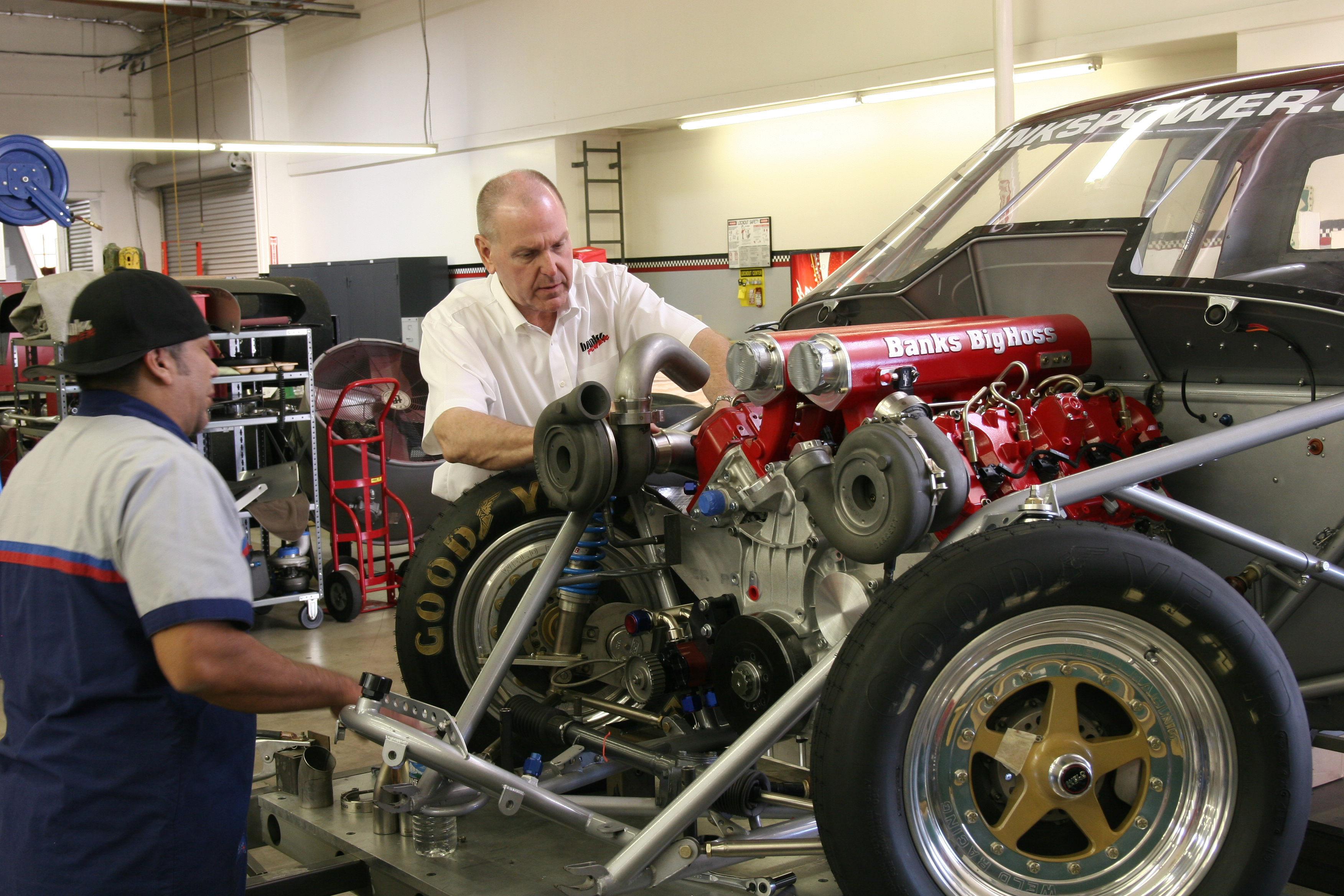