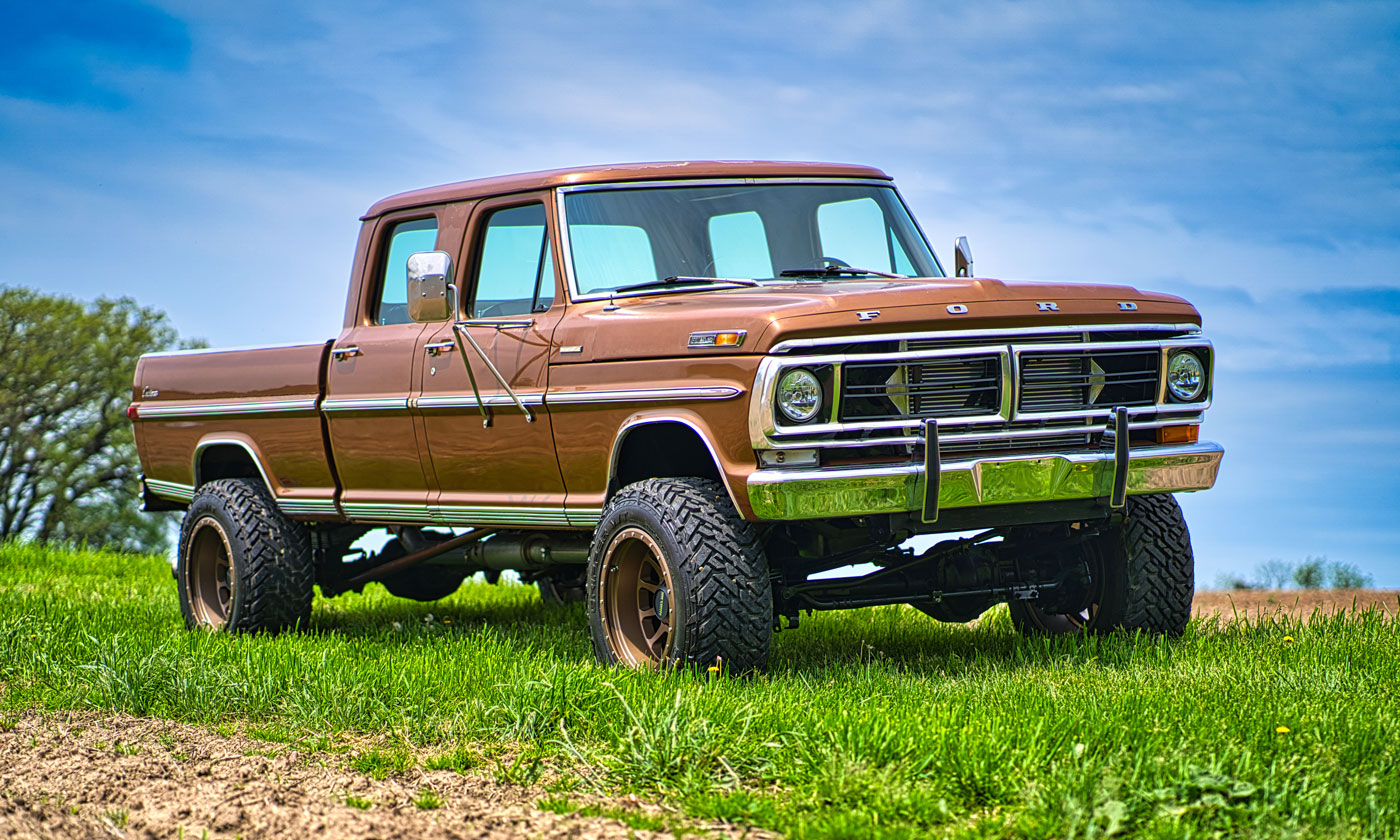 Robert has always been into Ford and has always been into diesel. He had a complete Banks system on his 6.0 Power Stroke prior, and he knew whatever his next vehicle was it had to be something that could replace it with the power, room, and versatility. “I’m in my mid 30’s and I have a family,” said Robert, “but I kinda still like to cruise. I’m not out of that stage where I want big power, but on the other hand, I have four kids and a wife. I wanted something that we all hop into and go get ice cream, go together as a family.

I have a ’69 Mach 1 Mustang, and I could never bring my whole family with me… anywhere really. With my family, I just wanted to have something that was capable of including them in my life. So, if I wanted to go to a car show, they can come. I was looking for a four-door truck to hold my entire family, all six of us, and to restore for a pastime with my eldest son.” He ended up finding the perfect project vehicle in a beautiful four-door 1972 Ford F-250 Crew Cab Special out in Washington State online. It was the original color, original paint, original interior, only had 56,000 miles on it, and was powered by a 390 Ford big block.

Since Robert had a love for diesel he knew that the stock gas engine had to go, but he hadn’t quite figured out what was going to replace it. He ended up settling on a 12V Cummins with the vision of making a compound turbo “Fummins” (Ford+Cummins build). It also needed an automatic transmission for easy drivability and newer super duty axles and springs for handling whatever he threw its way. The donor engine and transmission come from a 1995 Dodge Ram. Nothing was really bought in kit form, instead, it was Robert and his friends who did the work putting things like the compound turbo system together completely themselves. All the welding, trial and errors were all done in his garage. The whole job took him about 6 months to complete, and it was also the first time the truck was driven since its delivery. “I never even drove it with the gas motor in it. The first day I drove it was with the engine and transmission swap and compound turbos!”

The truck completely fits the bill for everything that Robert wanted in a vehicle: power… check! A diesel… check! Enough room for his entire family… check! And the versatility to do whatever he wants… check! Said the Burlington, Wisconsin native “Just the other week I went to the local hardware store and filled the bed up with lumber for a project, all with my entire family.” Sounds like mission accomplished, Robert!