How to improve fuel economy

As fuel prices soar, the question on everyone’s minds is, “How can I get better fuel economy?” We all feel the pain at the pump, but there are ways to help your Truck, SUV or RV get more miles per gallon.

Let’s start with air density. It’s all about the amount of oxygen you can stuff inside the combustion chamber. In simple terms, the denser the air, the more oxygen it contains. More oxygen leads to more complete fuel burn. This also results in better economy because you’ll use less fuel to make the same horsepower.

Increasing air density also means your engine doesn’t have to work as hard to overcome pumping and parasitic losses. Reducing the energy needed to spin the turbine and expel exhaust gasses during the exhaust stroke, frees up power to be used where it matters most, the crankshaft, and ultimately, at the wheels. The following are a few ways fuel economy can be increased by improving air density and reducing pumping and parasitic losses. 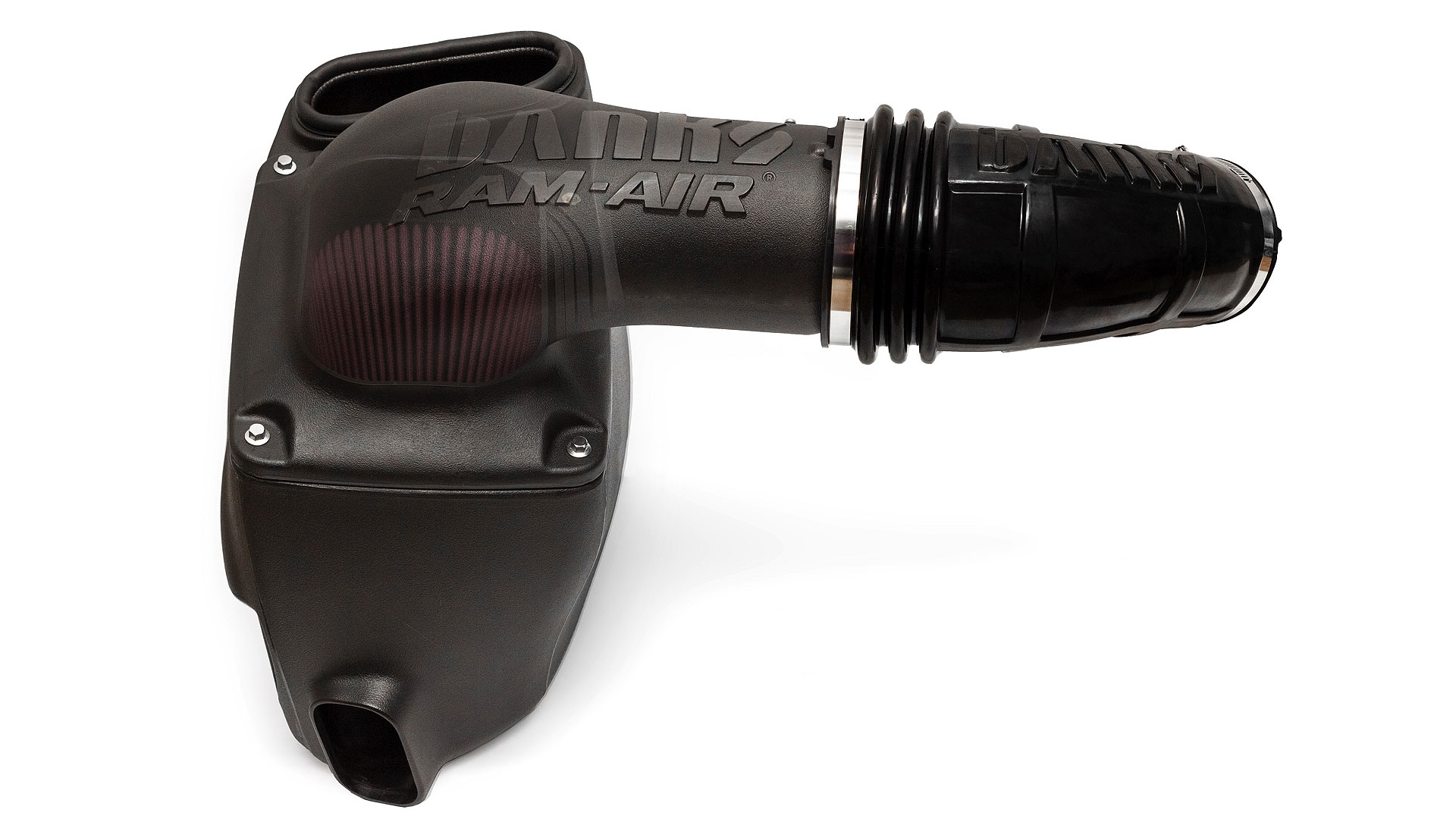 A vehicle’s intake system is where the outside air enters the engine. Due to cost constraints, factory intakes usually allow well-engineered aftermarket systems to do a more efficient job at directing cool pressurized air into the engine. Well-engineered filter housings are fully sealed units that capture air from the front of the vehicle and create the least-restrictive path to the turbocharger. 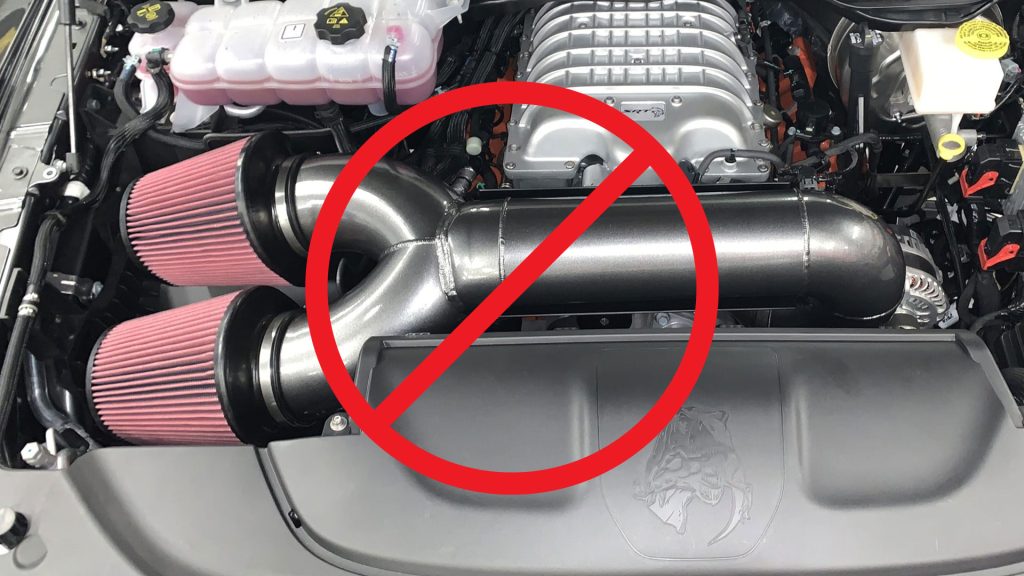 An aftermarket intake that is simply an exposed filter at the end of a tube can actually hurt performance. We refer to these crude devices as filters-on-a-stick. This style does not work well, even if the air filter element has a shroud around it because it will still inhale hot underhood air. Companies may make claims of power increases, but all too often you’ll find they’ve tested the vehicle with the hood up. When is the last time you saw a truck driving with its hood open? Be sure to get a cold air intake system that actually increases air density by drawing in ambient air from the coolest source possible. This can be the nose of the vehicle or hood scoop. 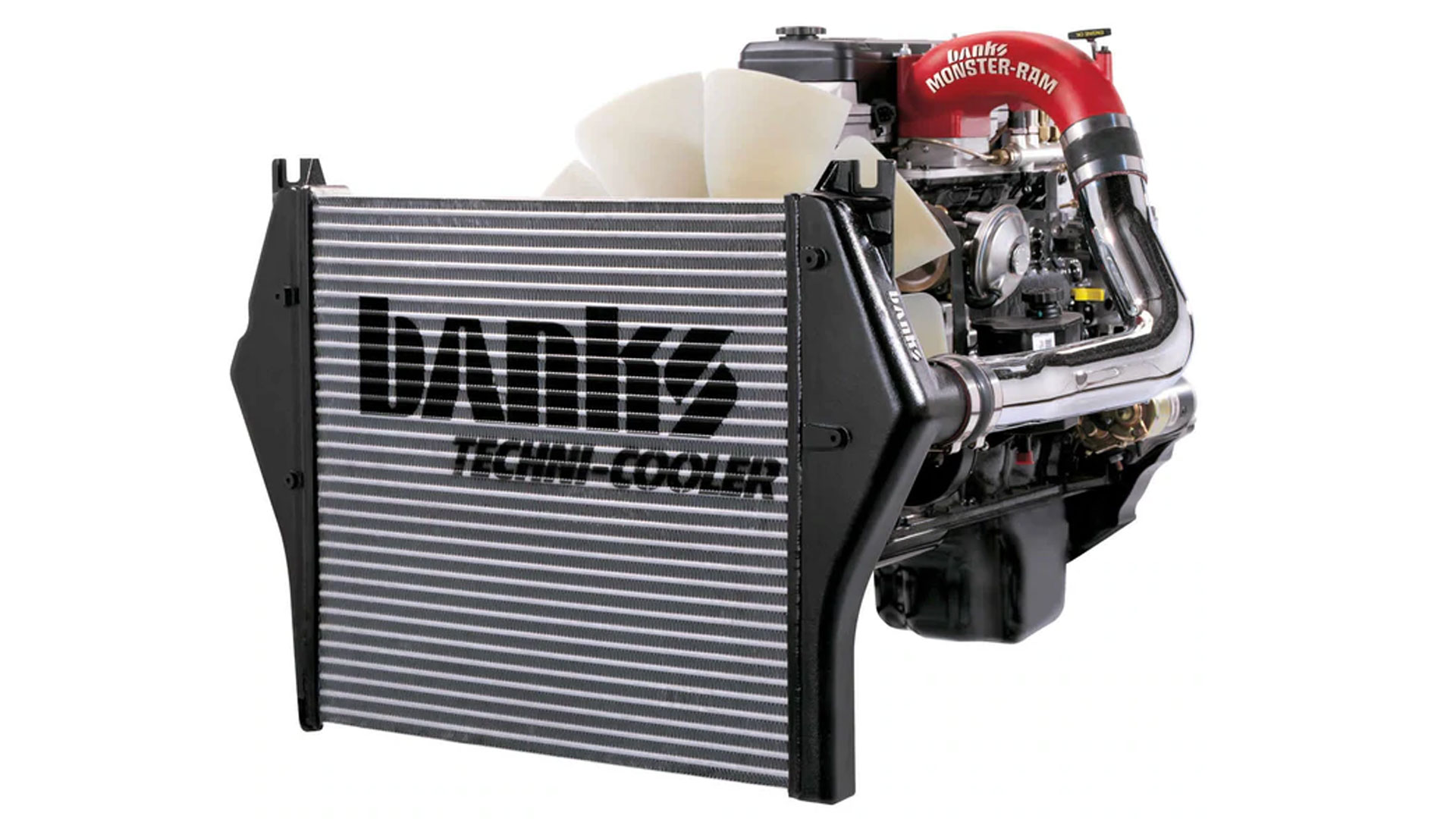 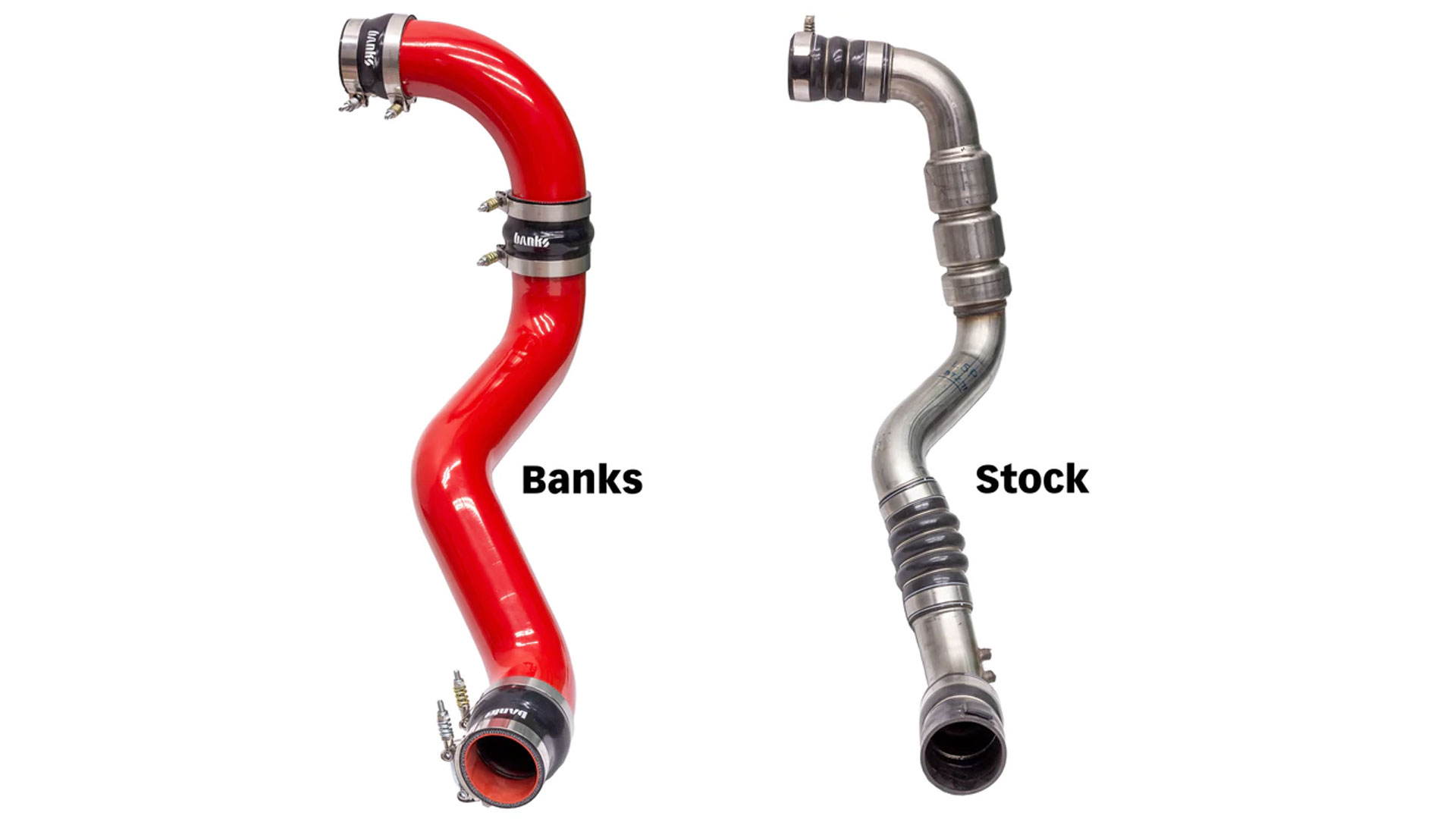 Boost tubes, also known as charge air cooler pipes, are tubes that move pressurized air from the turbocharger to the charge-air cooler and ultimately to the intake manifold. Original engine manufacturers (OEMs) commonly flatten areas of boost tubes or put a dent in them in order to route them around other engine parts. Manufacturers also use resonance chambers to reduce sound as well as bellows to allow for engine movement. Both disrupt airflow. Any restriction that reduces pressure also reduces air density. Therefore, smooth large-diameter boost tubes effectively add air density by having a lower pressure drop than the factory boost tubes. 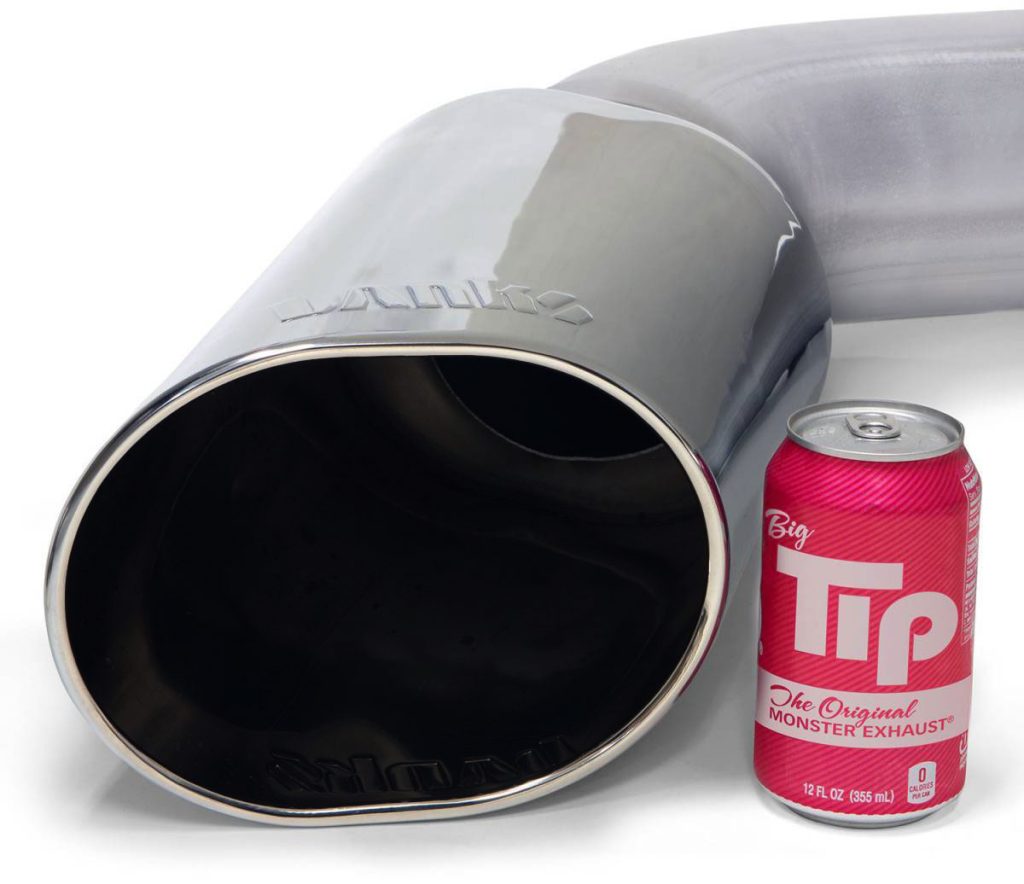 The benefit of a well-engineered exhaust system is a reduction of backpressure ultimately felt by the crankshaft during the exhaust stroke. Less backpressure means a more efficient engine in which the pistons are not fighting to push exhaust out. This liberates otherwise lost horsepower. To achieve this, it takes more than just larger exhaust tubing. It means borrowing rocket nozzle design techniques to decrease air velocity, which helps the exhaust gas diffuse into ambient air at the tip. In other words, reduced backpressure.

Improve air density and your engine will make more power using the same fuel. Simply put, better fuel economy. And, as an added bonus, the engine will run cooler and last longer.

Understanding what air density is, what affects it, and how to modify it, is the basis of building performance and improving fuel economy. Thankfully, Banks makes measuring and monitoring air density easy with the iDash. 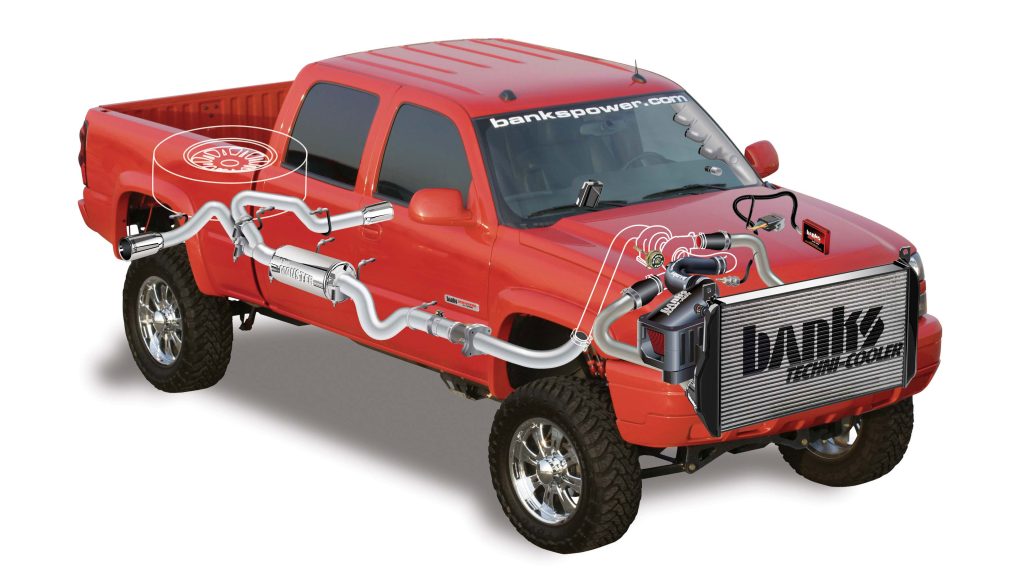 When wading through a sea of aftermarket accessories, ask yourself, is the manufacturer a real engine expert? Do they understand every aspect of the powertrain? Do they understand parasitic and pumping losses? Do they offer a fully-engineered system? Banks does, and fewer trips to the gas station will prove it. 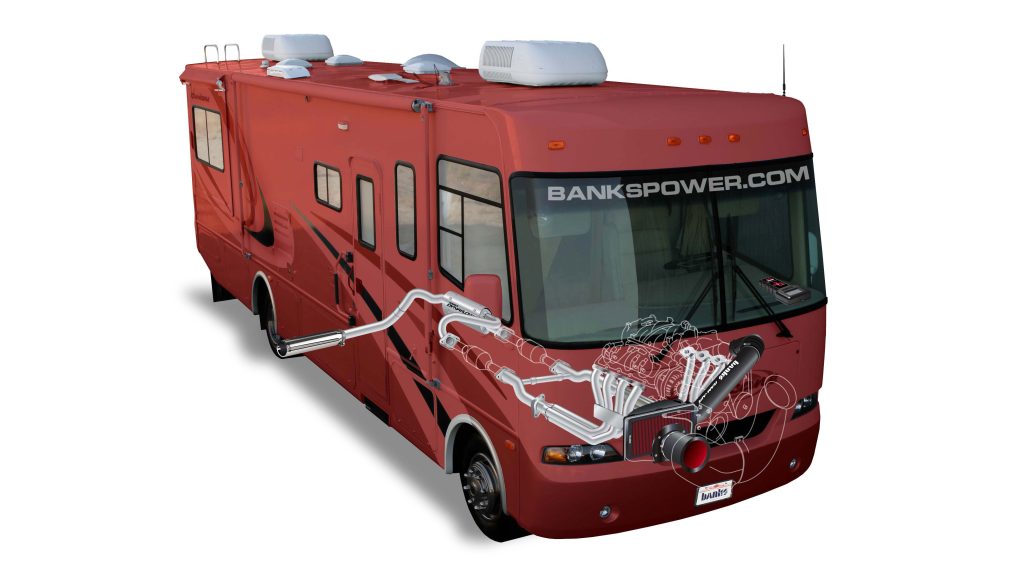