Gale Banks has been elected to the Wally Parks NHRA Motorsports Museum Board.

“In expanding the board, we carefully considered various options, focusing attention on what we felt to be in the museum’s best interest,” said Thomas McKernan, the museum’s chairman of the board.  “Gale and Jack have a true understanding and most importantly a passion for hot rodding roots and NHRA’s grand history. We look forward to their insight and help in shaping the future of the museum.”

Gale Banks is president and founder of Gale Banks Engineering, an industry leader in power-enhancing technology and products for both gasoline and diesel-powered vehicles based in Azusa, Calif. He also served on the Specialty Equipment Market Association (SEMA) board. In 2009, Gale Banks received a Distinguished Service Citation from the Automotive Hall of Fame. Later that same year, the Museum opened a long-standing exhibit titled, Banks Power: The First 50 Years, in commemoration of Banks’ notable contributions to motorsports and the automotive industry.

“What I hope to bring the museum is a clear view into the future, its challenges and its opportunities,” Banks said. “I’m excited about all the possibilities for the museum and creating a great visitor experience, I look forward to working with the other board members.”

O’Bannon is a five-time NHRA Top Alcohol dragster world champion team owner with Rick Santos as his driver. He is a hot rod enthusiast and entrepreneur, and is delighted to be a part of the museum board.

“I’m honored and humbled to sit on the museum board and work with such great people such as Tom McKernan, Dave McClelland, Steve Gibbs and others,” O’Bannon said. “I look forward to assisting in the advancement and healthy growth of this great motorsports museum.”

The Wally Parks NHRA Motorsports Museum presented by Automobile Club of Southern California is an independent California non-profit 501 (c)(3) organization dedicated to celebrating the impact of motorsports on American culture. Neighboring the historic Auto Club Raceway at Pomona, the Museum collects, preserves, exhibits and interprets the vehicles, stories and artifacts that represent America’s affection for, and the influence of, automotive speed and style in all its forms. For more information, visit our website: www.nhramuseum.org 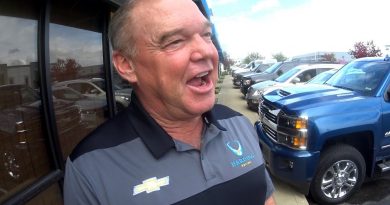 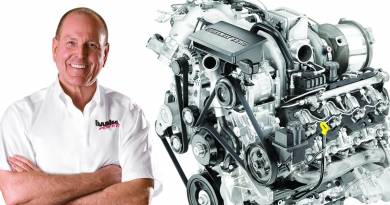 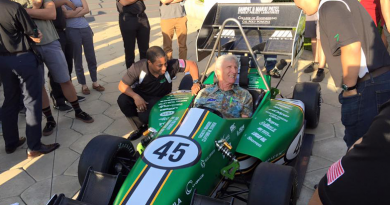