Driven by drag racing veteran Wes Anderson, the dark red pickup truck was by far quickest and fastest machine at the NHRDA meet last Saturday at Speedworld, and to date, no other machine has even come close to the 7-second mark.  The S-10 diesel pickup’s record-setting run was made with “tire smoke only,” exemplifying Banks’ unique “CleanTune™” technology.

Many of the fans who were gathered to spectate at the all-diesel race stopped by the pits to get a close-up and personal look at the twin-turbo Duramax-powered racer during the day.  After the event the Banks team opened the pit area to the public and stayed late to answer numerous questions from the spectators.

The Banks race team spent very little time resting on their laurels.  On Monday they were already back at the race shop continuing their work on a new, Spitzer chassis, 276-inch wheelbase, all-out rear-engined dragster which will be seen for the first time at this year’s SEMA Show in Las Vegas.  And yeah, this new machine is a Duramax too! 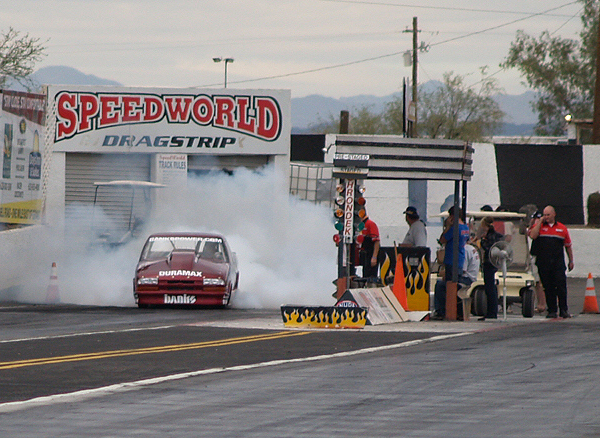 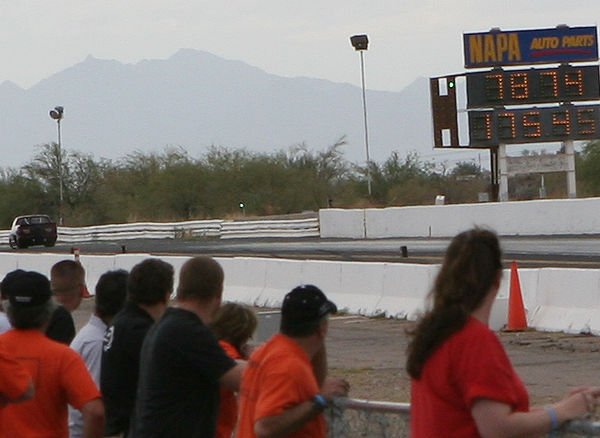 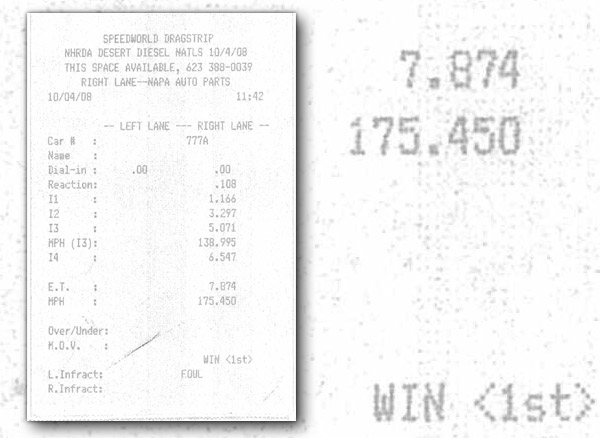