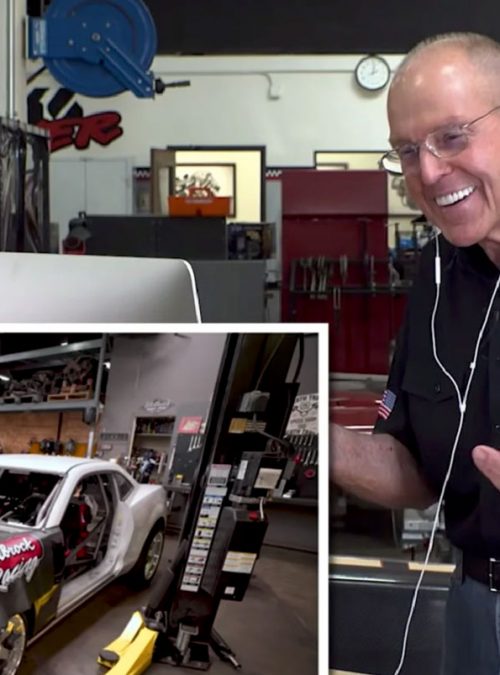 You won’t find many more experienced engine builders than Gale Banks. He started hot-rodding over half-a-century ago and as time continued, he built perhaps the most respected reputation of anyone in the aftermarket auto industry, especially when it comes to diesel engines. In turn, he knows BS when he sees it and—as he’s proven—he’s not afraid to call it out. Take his reaction to Hoonigan’s diesel-powered Camaro build, for example.

Hoonigan is famously turning a fifth-gen Chevy Camaro into a land-speed racer with hopes of breaking the 200-mile-per-hour barrier at El Mirage. To be certain, that’s a lofty target but one that’s attainable with the proper engine tuning and aerodynamic setup. Banks points this out as he built a Dodge Dakota pickup in the early 2000s that went 222 mph with a Cummins inline-six.

In Hoonigan’s latest video, they dyno test the LBZ Duramax engine they’ve built specifically for the race-prepped Camaro. Banks then watches the clip on camera, breaking down each segment and adding his own commentary throughout. Clearly, he wasn’t impressed.

Banks made his claim to fame through turbocharging, using forced induction to promote higher speeds in essentially every application. As you’d imagine, he’s a firm believer that more air—not fuel—is the key to increased performance. That seems to be the opposite of what everyone in the Hoonigan camp is saying, to which Banks replies: “Oh holy shit!”

From laughing when they mention that black smoke means you’re doing something right, to scoffing when say that power is being limited by not having enough fuel, Banks has plenty of worthwhile reactions:

“You’ve got to make sure you’ve got the air before you put the frickin’ fuel in!”

“The air density in the room is gonna be greatly reduced by that little chicken shit air filter!”

“That SOB is gonna blow up in your face!”

As (almost) anyone with diesel engine experience will tell you, black smoke isn’t what you want when it comes to power. It’ll also get you in a lot of trouble with the law if you aren’t careful.

At the end of the dyno session, the Hoonigan Duramax ended with 967 horsepower and 1,387 pound-feet of torque. While that’s a respectable power split, it’s entirely true that the number could be higher with the proper air to fuel ratio. Black smoke from a diesel engine is essentially unburnt fuel, meaning there’s an excess that can’t be used in the combustion chamber. There’s plenty to dig in here, but we’ll leave the specifics to the pros.

Lastly, it’s important to note that Banks commends the Hoonigan squad for the work they do—the video description mentions they were only misguided by so-called “experts.” Surely, he could help them get back on the right track.

Read the full article on The Drive.