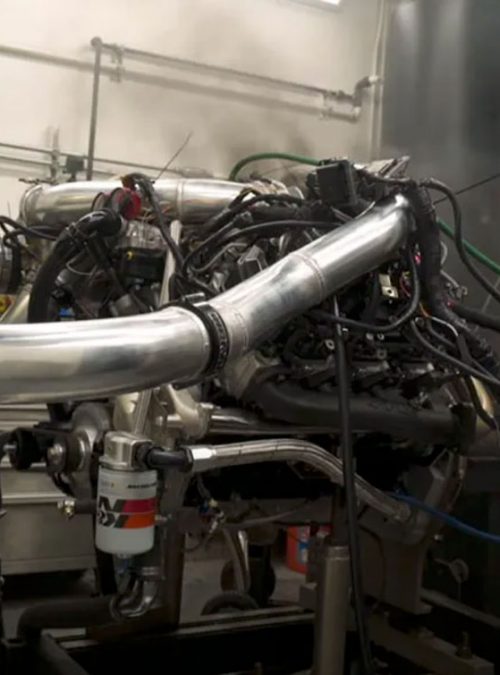 Hoonigan is responsible for some fairly epic videos and recently embarked on a project to build a Chevrolet Camaro with a Duramax diesel engine that can hit 200 mph (320 km/h). According to Gale Banks, they are going about it incorrectly.

For those that don’t know, Gale Banks is a well-regarded hot rodder and engineer in the U.S. that runs a successful company called Gale Banks Engineering. Banks has a great deal of expertise with building powerful motors, in particular power diesel engines. When Hoonigan released a video of its Duramax diesel being put to the test on a dyno, fans of Banks quickly asked him to make a response video regarding the build.

The engine being built by the Hoonigan team is a compound turbo engine which essentially means it has one turbo blowing into another. While there’s nothing wrong with such a setup, it appears as though the guys who strapped the engine to a rig and dyno-tested had no idea what they were on about.

At one stage in Hoonigan’s video, an engineer says that in order to increase power for a diesel engine, it’s simply a matter of adding more fuel. Banks is perplexed by this statement as anyone with a basic understanding of how an engine works should know that if you add fuel, you should also add air. There are some other issues raised throughout the clip, in particular the fact that the intercooler is far too small.

The engine also produces heaps of black smoke when it is pushed on the dyno. Bizarrely, there appears to be no system circulating these exhaust gases out of the dyno cell. According to Banks, the engine has more than enough fuel going into it but not enough air, hence why it is effectively spewing out unburnt fuel as there simply isn’t enough air for complete combustion in the chamber. See the videos of the diesel build for yourself below.