Super Duty. The name itself conjures images of one helluva tough truck, right? Ever since Ford unleashed it on the world back in 1998 (has it only been that long?), the Super Duty has quickly become a favorite among hard-core truck users.

It’s easy to understand why. In a world that’s continually downsizing, this over 8,500-pound-GVW brute slams against the grain. This is no light-duty commuter truck. No one is going to make a Volvo-Wagon-or-Super-Duty decision. The Super Duty is built to work, and work hard.

Plus, you just gotta love a 4×4 pickup that flies in the face of the independent front-suspension crowd. The Super Duty has a good ol’ solid axle u front, giving it untold strength and making it easy to lift for big meats.

But we’re preaching to the choir, aren’t we? You don’t need any convincing of the Super Duty’s merits. Instead, what you probably could use is an inside look at his Goliath of a pickup to help you in your search for a great deal on a used one. OK, let’s start at the beginning.

Over a decade ago, as the Big Three automakers were recognizing the growing popularity of trucks and SUVs, Ford’s product planners shrewdly realized that the truck market was about to splinter. They anticipated that most of the market’s growth was going to come from former car owners, people who wren’t used to the rough-and-tumble nature of a “real” truck. And so they threw a lot of resources behind projects—like the Explorer—that introduced car-like amenities to light duty truck products.

At the same time, though, they started planning a second, separate branch of trucks that would keep the bloodlines of the old-fashioned pickups alive. These trucks wouldn’t have to cater to suburban moms or urban cowboys; these would be no-compromise, hard-as-nails vehicles for people who needed serious working machines.

It took a while to achieve the goal. The F-250 Heavy Duty trucks were a step in that direction, but the plan was finally realized when the Super Duty line was introduced in early 1998. The sheetmetal was distinct from the lighter-duty F-150 and 250. They were bigger, wider, and taller. The GVW ratings started at 8,800 pounds and went up quickly from there. And they were available in a mind-bending number of variations—well over 40 different versions when you started mixing and matching body styles, bed lengths, powertrain options and trim levels.

How Do You Want Yours?

Four-wheelers can cut down on those permutations quite a bit by limiting their targets to single-rear-wheel F-250 (3/4-ton) and F-350 (1-ton) models. Each of these trucks was (and still is) available in three body styles: regular cab, four-door Super Cab, and crew cab. Two bed lengths were offered: the 8-foot bed was available on all three body types, while the 6.75-foot bed came only with the Super-and-crew cab models. All body styles were available in base XL, mid-line XLT, and posh Lariat trim levels. So see? Right there we’ve cut the possibilities down to only 30 variations. Easy, huh?

Let’s make it even simpler: While Ford offered three different engine options for the Super Duty’s, the smallest—the 5.4L Triton V-8—is barely adequate for moving this truck around. Opt for the big motors. The 6.8L Triton V-10 put out 265 horses and 410 lb-ft of torque in its ’99 model trim; those numbers rose to 310 hp and 425 lb-ft in 2000.

Or go for the really big gun, the 7.3L Power Stroke Diesel. At its introduction, this torque-monster churned out some 500 lb-ft and 235 hp; improvements in 2001 bumped those numbers up to 520 lb-ft and 375 hp for manual transmission versions. (The slushbox engines are rated “only” at 505 lb-ft and 250 hp). Remember, too that the aftermarket is full of improvements for this motor. For example, Gale Banks claims his Banks PowerPack® system, which includes an intercooler, intake manifold mods, and an exhaust, will add some 90 horses and hundreds of lb-ft of torque to the stock ‘Stroke.

All three of the Super Duty engines were available with manual or automatic transmissions. Five-speed M5 HD manual trannies were fitted to the gas engines (though the manual trans wasn’t offered on California-spec 5.4s), while the diesel got a six-speed M6 H6 trans. The automatic trans for all three motors was Ford’s 4R100 four-speed.

The experts we spoke with said all of the Ford transmissions were up to the task of channeling the Super Duty’s prodigious torque. “Oh, you can break one, but you really have to try,” said a tech support staffer for one of the big 4×4 parts houses. “And some guys do, and don’t care, since they have a warranty.” More typical was a story from Louisiana, about a Super Duty that has hauled a huge trailer for most of its life. When its owner broke open the transmission at 85,000 miles to change its fluid, he found he didn’t have to; the ATF looked brand new

One of the Super Duty traits that really set it apart from other trucks was its used of a solid front axle. While it seemed like the whole world was going IFS-crazy, Ford put a beam axle up front and made a bunch of people happy.

At least, at first. Come to find out, that axle is a Dana 50, a piece that gets mixed reviews (at best) from hard-core ‘wheelers. It has smaller axleshafts than a Dana 60 (1.3-inch versus 1.5), and its ring-and-opinion are 8.5-inch pieces like you’d find in a Dana 44. Some F-350 buyers assumed they were getting a Dana 60 in front, as they had with other 1-ton Fords, but only the 350 dualies get 60s. So if you want to go big with your tires—and who doesn’t , as easy and plentiful as lift kits are for these trucks—you should upgrade the front axle. A note here: All ’02 Super Duty trucks will wear Dana 60 front axles.

Solving the problem in an older truck isn’t as easy as sourcing a junkyard 60 and swapping it in, unless you’re lucky enough to find a wrecked Super Duty F-350 dualie. The bolt patterns on the Super Dutys are metric—8 on 170mm—so an inch pattern from an older 60 won’t match. You could go with a fully custom Dana 60 (can you say expensive?). Or a couple of shops recommended mating the 50’s outer pieces with the housing, gears, and axleshafts from a 60.

We also heard about one other, smaller problem with Super Duty frontends. Early-model trucks (made before March 1, 1999) used a bolt on the front track bar that’s too small for its bushing. This isn’t a strength issue so much as an annoyance, as the bolt makes a popping noise when the bar moves. But it is something to be aware of, especially if you’re going to lift the truck and change the track-bar mount bracket. Let your parts supplier know if you have one of the early trucks with the small bolt so you get the right parts. The rear axles on all these trucks are full-floater 10.5-inch Ford Sterlings, which seem to hold up to big tire abuse just fine. The problem with them is that there aren’t as many ring-and-opinion options as there are with the Dana 50s or 60s, so you have to pick your gear swap based on what will work in the Sterling. Most ring-and-pinion houses only go down to 4.56s for the Sterling and Dana 50 axles, that’s what you’re stuck with.

Because the Super Duty uses leaf springs front and rear, lifting one of these trucks is far easier than fiddling with an independent suspension. Just about every suspension company makes kits for these trucks, ranging from 2-inch “leveling” kits (for the front only) to massive 8-inch lifts.

Just how big a tire can you run under a Super Duty? That depends on which suspension manufacturer you’re talking to. Some say you can go as tall as 44s, as long as you’re willing to combine an 8-inch lift with a 3-inch body lift and some significant fender and bumper trimming. (Can’t do the body lift on a diesel, though, without getting a hold of some custom plumbing for the intercooler.) Others are more conservative and say you should go no larger than 38s, maybe 40s. One word of caution: it’s not a good idea to combine a 2-inch spring-hanger lift with an 8-inch leaf pack. They’ll bolt together OK, but you won’t get the front track bar at its proper angle, which could negatively affect the truck’s handling.

So What Are They Worth?

That depends on which price source you’re looking at. Kelley Blue Book? Edmunds.com? Your local paper? All vary quite a bit. The cheapest Super Duty you’re going to find—a ’99 regular cab XL with a 5.4L V-8 and low options content—will run around $15,000 according to Edmunds, $19,000 according to the Kelley Blue Book. They go up from there into the mid– to high-$20,000 range for newer trucks with more accessories. The bigger trucks—the crew and Super Cab models—fetch higher dollars than regular cabs do, by several thousand dollars. The F-350s cost more than F-250s, but by hundreds, not thousands of dollars. The diesels carry the highest premium. According to the Kelley folks, all else being equal, expect to pay about $5,000 more for a Power Stroke than you would for a gas-powered truck. Note that these prices are for unmodified trucks in very good or excellent condition. Extensive modifications or damage will toss these figures right out the window. 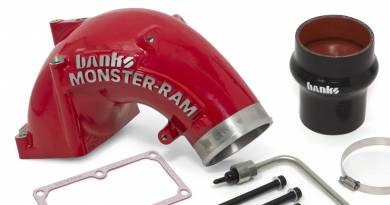 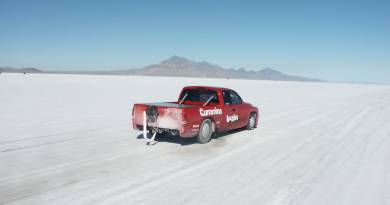 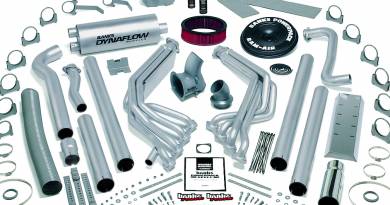