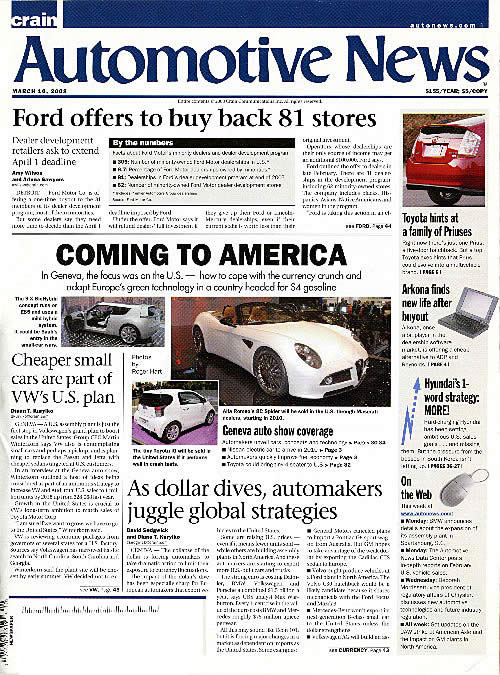 For the past 25 years, Gale Banks has been a prophet in the wilderness for the fuel efficiency of diesel engines.

His business has always been in the drag strips, salt flats and gearhead garages of Southern California. But for the past 25 years, Gale Banks, CEO of Gale Banks Engineering, also has been a prophet in the wilderness for the fuel efficiency of diesel engines.

“I taught a graduate course in engine design in Detroit back in 1981,” Banks recalls. “I laid out a design for a turbocharged four-cylinder engine that would power a half-ton truck. They thought it was crazy.”

He pauses for a gleeful breath of victory.

“I can’t reveal who it is, but a certain OEM recently called to ask me if I thought they could make that design work today. I knew they’d come around.”

Haven’t many of the old racing flats of Southern California turned into suburbs? Where does anybody drag anymore?
The tracks are still out there. El Mirage is big. Bonneville runs more meets now than it ever has.

You’re 65. Do you still think of yourself as a hot rodder?
Of course.

What do you drive to work these days?
I bought one of the last Mercury Marauders. It’s black on black. I supercharged it and intercooled it, but it’s streetable.

You mean you turned it into a cop car.
Yep. My dad was a cop.

Then help us with this: What’s the best way to get out of a speeding ticket?
My dad always said that you’ll never make out a cop in the dark, so don’t go racing at night. And truly the best advice is don’t speed at all.

Do you get behind the wheel and race things you design?
I promised my wife I wouldn’t race until the kids were grown. And now they’re grown, so I’ve got some plans.

Some people in Detroit consider you a guru of technical solutions. Where does a guru go for enlightenment?
Everywhere. You have to get involved in everything to see where the technology’s going. We do marine engines. I hang out with the hipsters at Pomona Raceway. I’m on the board at SEMA. The biggest issue today is fuel economy, and that’s at the very core of racing. With racing engines, you’re always looking for one more inch of fuel advantage. So you’ve got to be in racing to see what’s happening.

You’re also on the board of the Automotive X-Prize program, the race to create a 100-mlles-per- gallon car.
It’s amazing to see the creative ideas that are coming from so many corners. Great new ideas. I want to see the OE world benefit from all of them.

What’s wrong with the American auto industry today?
The tolerance for risk taking is almost gone. It’s always easier to say no than to say yes. And you don’t get innovation that way. Performance always sells. We can do far more than we think we can. There is a world of technology and components out there, and we can make them work.
And you know what? That’s hot rodding.