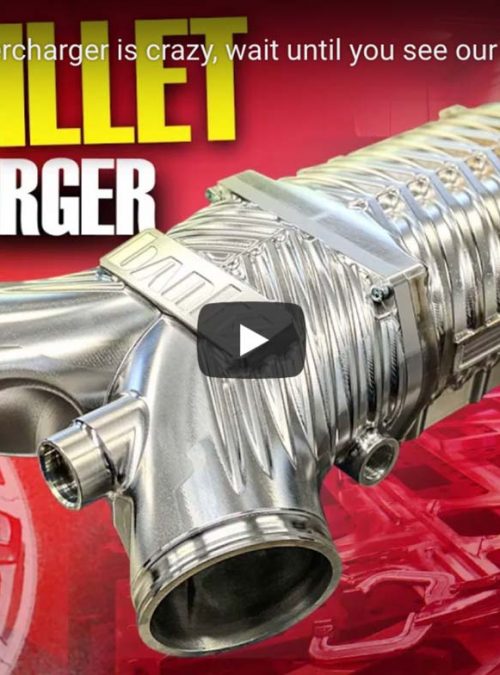 It is tradeshow season and you know what that means, SEMA. Wild builds will be unveiled and in typical Banks Power fashion, they’re debuting a few new ideas in Vegas next week and it looks like they’ve created something unique. With the help from the guys over at Whipple Superchargers, they’ll showcase their latest project “LokJaw” and some performance crate engines based on the L5P.

Gale Banks is coming out with a series of engines that will come in many different forms. “I want to do a series of L5P Duramax-based performance crate engines. Performance has a whole lot of knobs on it,” Banks said. “I want to do turbocharged versions, supercharged versions, and even a super turbo version. As a matter of fact, I’d like to lay a little nitrous on top of these too.”

I’m not sure what this piece cost being a one-off, but I’m sure it wasn’t cheap. This could pave the way for future performance upgrades though depending on the performance gained. What do you think?

It’s no surprise that Gale and his team like to go all out when it comes to unique items and this is just another box checked on his to-do list. Their project “LokJaw” will feature a rad Duramax engine with this supercharger and they are hoping for some fun, street-worthy horsepower out of it.

Take a look at their latest video where they unbox this unit below.

We are set to meet up with the guys at Banks at the 2021 SEMA show in Las Vegas next week and look forward to hearing more from them on their project and what is next! How much power do you think it will make? Let us know in the comments below!