Banks Insider In the News

After 42 impressive years (and several months) of being on the forefront of Banks innovation and history, longtime employee and Chief Designer Bob Robe retires at the end of the month. Bob joined the company fresh out of Cal State LA where he studied to be an Industrial Designer. Oddly enough the counselors at school tried to dissuade Bob from going into the automotive industry citing that “he would never amount to anything if he just played around with cars,” and they told him to stop drawing them.

As a teen, he was interested in hot rods, not just for the power but because Bob is an artist, he saw the artistic elements within the mechanical designs. Believing that mechanical components can be artful as well as functional, he read all the magazines and automotive books he could get his hands on from a young age. One of his favorite books was a handbook on turbocharging that he purchased from his local speed shop. He never really intended on turbocharging anything, but instead bought the book for its photographs of the equipment, ducting, and design. On the cover of that very book was a turbocharged marine engine from Gale Banks Engineering, which was his first introduction to the legendary speedster.

During his time at school, Bob would have two guest speakers in his class: one was Ak Miller, and the other was Gale Banks. After Ak’s talk, Bob bought a turbo system for his ’56 Chevy station wagon, tinkering with it for a year improving on the design of the parts and adding his artistic style to the installation. Gale was the speaker the following year who only stoked the fire that was already inside of Bob, turning it into an inferno.

After his talk, Gale said that there was an opening for a Chief Engineer and a Component Installer on their engine assembly line. Thinking that he was no engineer, Bob instead put in for the job as the Component Installer. It was a call from Mr. Banks that changed Bob’s life direction by asking him to work for him in the engineering position because of what he had seen from Bob’s work. He told Bob that he saw the things he had drawn, what he had done to his own car, and believed that the job was something that he could do. That faith in Bob’s ability and talent was well rewarded over the years.

Bob’s involvement with the company is indeed lengthy, from the race projects that streaked across the Bonneville Salt Flats to products sold to millions of customers, Bob’s design DNA is an important part of the Banks legacy. The knowledge, professionalism, and presence of this Banks “O.G.” will be sorely missed. 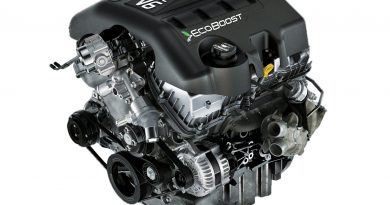 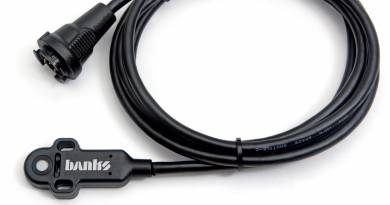 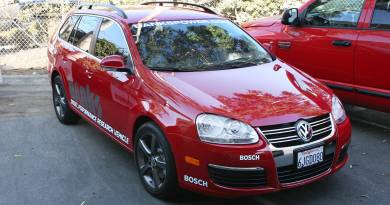